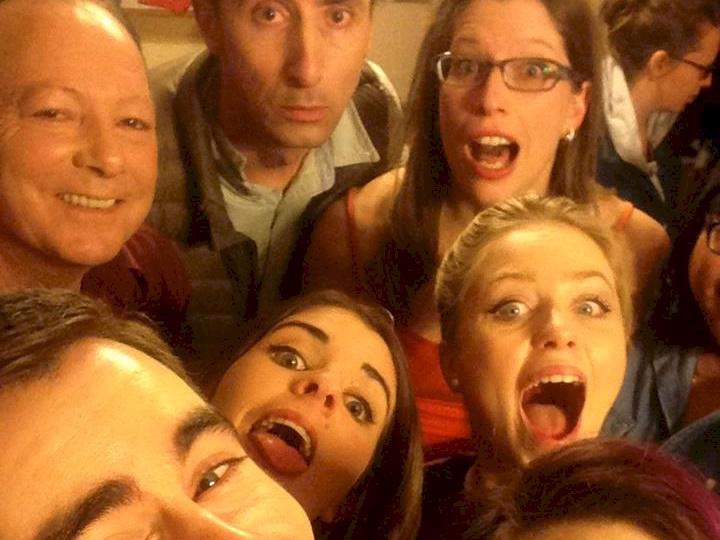 Mime - A short film by Paige

I have the opportunity to work on a great story with some fantastic performers who have appeared in professional shoots.

I LOVE film. Even after studying film for the past 7 years I still love it! - And that's saying something. These days I am still doing some study, but I am spending more and more of my time on professional or indie sets shooting film and learning far more than I could in the classroom.

The two things I enjoy most is learning and story. At this point in my development I find I learn best by working with more experienced performers and crew. While story is the engine driving the production. Without a decent story that the filmmaker can bring to life, you have no production. I'm always looking out for new story ideas, plots and twists.

This is why I am so excited right now!

I have the opportunity to work on a great story with some fantastic performers who have appeared in professional shoots for local and international films.

I know I said I was excited, but I'm also a little scared (okay more than a little). Because I will be directing this short film Mime, with this great cast. -gulp! But I know that opportunities like this don't come very often, and when you do you need to take the leap and grab them with both hands.

This is where you come in.

I can't do this without help. Without your help.

I know that "poor student" is almost a cliche but that's because it is so often real. After years of study I have no savings to back me in this opportunity, but it is too good an opportunity to let slide so I am asking for help.

What I need is to get some money to help pay petrol for the lead actors to come to Hamilton for the shoot (one is in Wellington, the other Auckland). I want to pay them for their performance, it won't be their standard rates, but I feel it is important to give value for value. And I would like to put them up at a motel in Hamilton overnight for the weekend shoot.

The total I am seeking is $750. If this campaign raises more than that I will increase the pay for the actors, and if possible pay the crew something too.

Let me tell you a little about the story.

Imagine a world that has evolved so that we all read each other's minds, no thought is secret, as everyone can read everything. And into this world comes someone who finds his voice, and uses it where nobody else can. This is the premise of Mime.

This is the story that will only be told if you can help me out.

This is not a rewards campaign, that would cost more than I can afford to send out. However anyone who does donate $40 or more will get a Special Thanks credit on the film. :)

Even if you can't help me with $5, please share this campaign with your friends, with lovers of film, or with people who value the pursuit of dreams and opportunities.

I have to make a video for this campaign, but I have to get this up and running quickly. But stay tuned for the video! 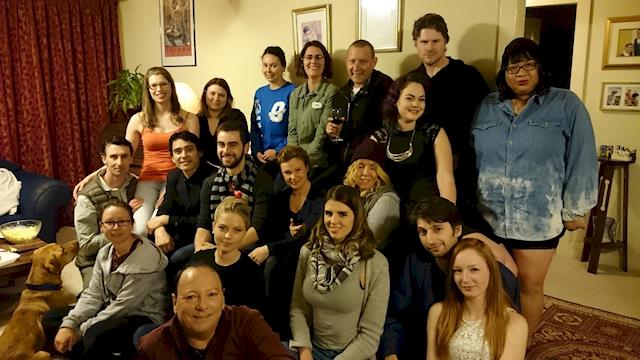 In less than 2 standard film hour days we wrapped on set at the lovely David Reid Homes Waikato home. Ben Fransham was up from Wellington for the weekend to be available for filming, and is (as we speak) on his way back down to the windy city.

The Mime team head count added up to be 41 people by the end of production. This number included actors, crew, catering ... a dog and a baby. Arno Minnema became the most marvellous host when he offered his house at the production base during rehearsals and the base. It made it an enjoyable and memorable experience for everyone involved. People networked, and people laughed ... and we have some absolutely memorable photos and outtakes.

Everyone worked extremely well with each other, and we really got into the full swing of things by Sunday... we had to finish on Sunday, and somehow we got almost all the planned shots.

The words 'Lets have a joyous time' will stick in our minds for a long while ... and if anyone would like a copy of this please PM me for advanced orders.

I really appreciate all of the generous donators on the givealittle page, and anyone else who contributed in any way to make this production a success. This production has really stirred up a momentum and I am really looking forward to what comes next!

Thank you for your contribution. You have made our film possible. Mime screens with other end of year Wintec films on 25th November 7pm @ Wintec, The Hub. Free Entry - we would love to see you there!

Thank you for your contribution. You have made our film possible. Mime screens with other end of year Wintec films on 25th November 7pm @ Wintec, The Hub. Free Entry - we would love to see you there!

Mime screens with other end of year Wintec films on 25th November 7pm @ Wintec, The Hub. Free Entry - we would love to see you there!

Thank you for your contribution. You have made our film possible. Your name will be in Mime's credits!! Mime screens with other end of year Wintec films on 25th November 7pm @ Wintec, The Hub. Free Entry - we would love to see you there!

Thank you for your contribution. You have helped make our film possible. Mime screens with other end of year Wintec films on 25th November 7pm @ Wintec, The Hub. Free Entry - we would love to see you there!

Created by, and paying to a verified bank account of, Paige Larianova
Page Moderated
The page has been checked by our team to make sure it complies with our terms and conditions.

Want to get in touch with Paige Larianova?