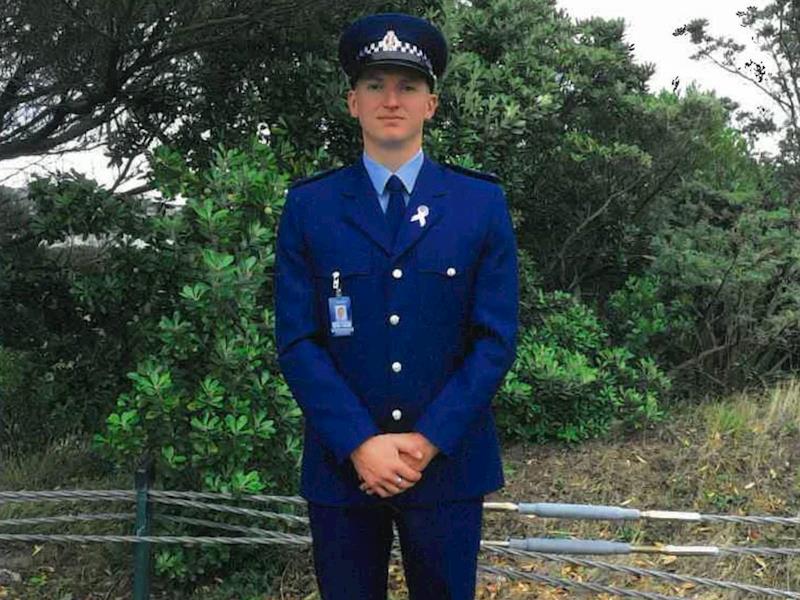 The intention of the funds raised so far will be redirected to the NZ Police Association fund as this organisation provides assistance to families who have lost Police members in the line of duty.

A New Zealand police officer has died after two were shot and another person was hit by a fleeing car in West Auckland, New Zealand.

Superintendent Naila Hassan, Waitematā District Commander, said the two officers were seriously injured after being shot at during a routine traffic stop on Reynella Dr, in Massey, about 10.30am on Friday.

Henderson Police Station, which is the closest station to the incident, has armed officers stationed outside and people have been told to visit other stations if they need to speak to an officer.

A spokeswoman for St John Ambulance said it received a call at about 10.40am and staff were assisting police.

Three people were taken to hospital, one in a critical condition, one in a serious condition and one in a moderate condition.

Before today's incident, 32 police officers had been killed in the line of duty since 1890, the most recent of which was Len Snee in January 2009.

Snee was shot dead by Jan Molenaar while executing a routine search warrant at Molenaar's Napier home, in an incident that became known as the Napier Siege.

With the blessing of the family, we are now in a position to release the name of the Police officer who was fatally shot during an incident in Massey yesterday morning.

He was Constable Matthew Dennis Hunt, aged 28 of Auckland.

Constable Hunt started with Police as a member of Wing 312 on 30 October 2017. He spent the majority of his career working frontline at Orewa and Helensville Stations before recently moving to work in our Waitemata Road Policing Team based at Harbour Bridge Station.

Our Police family across New Zealand are mourning the tragic and senseless death of Constable Hunt and our priority remains on supporting his family at this tragic time.

Along with this, we are also ensuring the welfare of all other Police staff who attended the incident as well as the other injured officer and injured member of the public.

Statement from the Family of Constable Hunt:

Matthew was raised on the Hibiscus Coast by his mother Diane, with his sister Eleanor.

He attended Orewa College and it was his life-long dream to be a Police Officer.

Before joining the New Zealand Police, he completed a BA in Criminology and worked at Auckland Prison as a Case Manager.

He also spent time living in the United Kingdom before he returned to New Zealand to join Police.

Matthew was a person of great integrity. His closest friends were like his brothers and sisters and they along with his family are absolutely heartbroken by what has happened.

He was passionate about sport and his physical fitness and was thrilled to enjoy the recent Blues game at Eden Park with his mates.

We ask that media please respect our privacy at this time and allow us the space to grieve the sudden loss of our son, brother and friend.

We are part of the Blue Family and we all support each other where we can.

Support All First Responders is a 'Brother Page' of Cop Humour New Zealand that previously raised over $1000 for the families of the 4 Victorian Police Officer killed in Australia.

The intention of the funds raised so far will be redirected to the NZ Police Association fund as this organisation provides assistance to families who have lost Police members in the line of duty.

Many many thanks for all of the incredibly kind donations for Matthew's givealittle.

The funds will be transferred into the designated NZPA account by Givealittle.

The funds will then be distributed by the NZPA to best assist Matthew's family.

Mike and Angela on 09 Jul 2020
With thanks from New Zealand and other Police families for your service Matt. With respect and aroha. Mike, Ang and Whanau
Private

Want to get in touch with Sergei TURNBULL?