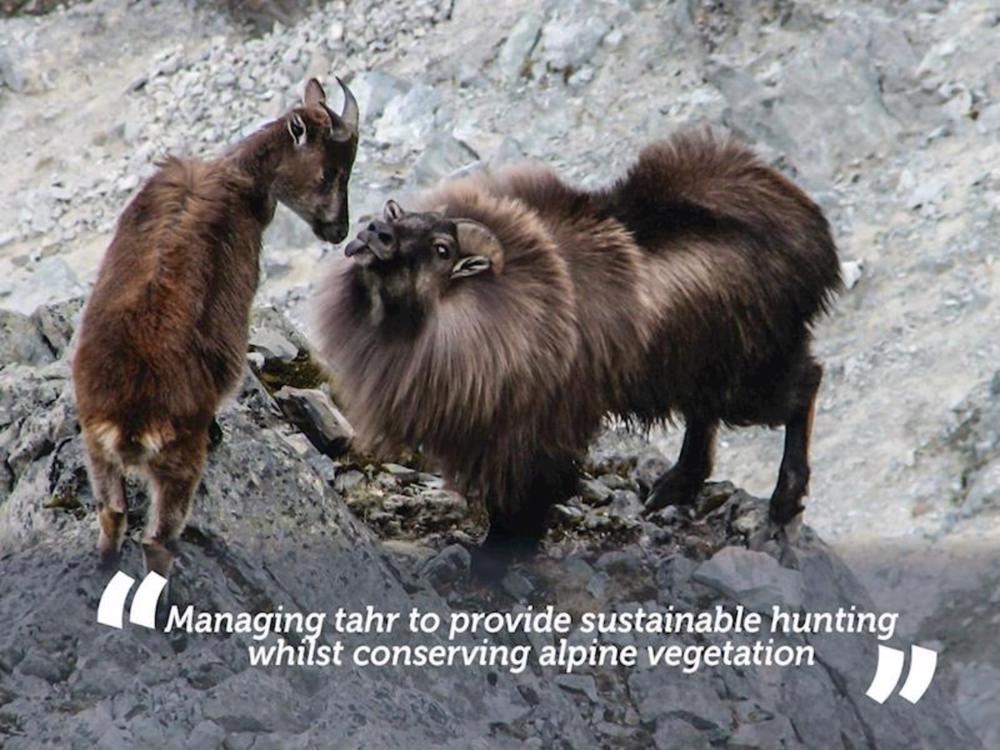 Help save our tahr and other big game animals in New Zealand.

The fight is on to protect everyday Kiwis’ recreation and livelihoods!

A battle is underway to strike a balance between hunting, recreation, jobs, and conservation.

In 2018, following the large amount of support on the Tahr Foundation’s Givealittle page (https://givealittle.co.nz/cause/nz-tahr-foundation), as well as the huge political pressure put on the government by the supporters of the Tahr Foundation and its stakeholder organisations, the Minister of Conservation agreed to back-down from a proposal to cull 25,000 to 30,000 tahr, instead agreeing to a combined effort with the sector and DOC which saw culling of over 12,000 tahr, excluding those taken by recreational hunters.

Then legal proceedings were avoided, so the Tahr Foundation held the funds in reserve. Those funds are now being spent to protect our tahr herd and call the government into account.

We all want to see game animals, especially our tahr herd, as a "Herd of Special Interest" and managed under the Game Animal Council’s care to ensure ongoing sensible management into the future. New Zealand does have the necessary legislation to recognise our game animals as the resource they are, but we currently have a Minister who has stated “there will be no ‘Herds of Special Interest’ established while I am Minister”.

Now is the time to raise funds and help raise the profile of New Zealand big game and our special herds like the Himalayan tahr.

Now hunters can help with a landmark court case and legal proceedings.

So, why are we back here, again? Hunters are again asking to be heard.

There is potential that without intervention the government will use our money to destroy our big game resource. In these post-Covid times, everyday Kiwis need all the help they can get and the government should not be wasting our taxpayer money destroying high value resources and hundreds of Kiwi jobs.

DOC intends to shoot thousands of bulls worth an estimated $14,000 each to the New Zealand economy and decimate the herd to the point where the resource is obliterated for years to come.

This year there is no urgency for DOC’s planned culling, but the gun-ships roll out 1st of July!!!

There will not be a sudden explosion of tahr numbers, they have taken out massive numbers of nannies over the past two years – nearly 18,000 by some estimates. Yet, to this day, DOC do not know the breeding potential of the herd because they have no idea of how many females are remaining. DOC have not given us a cull limit as to when they will stop, nor said how many tahr will be killed. If DOC kill too many, kiwi jobs will be lost indefinitely.

Yes, hunting organisations acknowledge game populations need management so as to allow plants to regenerate. To have a healthy game herd there needs to be a healthy environment, and so a balance can be struck.

The 1993 Himalayan Tahr control plan was experimental and meant to be adapted, with provisions for research and alterations to the plan expressly stated. Yet some 27 years later, the Department does not know tahr densities in defined ‘Management Units’, population dynamics, actual environmental impacts of different densities, acceptable ecological limits, or even a definition of the actual conservation values in ‘Management Units’ they are charged by law to protect.

Why are tahr important?

• Tahr were liberated and established in both National Parks prior to the Parks being gazetted. This makes them an historically valuable resource which the Department has a mandate to manage.

• Tahr are also the main reason for recreationalist activity in the Parks, which DOC are directed to foster.

• The Parks are the epicentre of the tahr range and provide a large part of our commercial and recreational opportunities. Some of our most significant tahr trophies have come from the National Parks.

• Overall, the tahr resource provides tens of millions to the NZ economy and their presence in the Parks supports the entire industry.

If the Department is allowed to remove tahr from the National Parks, which of our other game species is next?

Some of our other game species almost exclusively live in National Parks, like the Fiordland Wapiti, Chamois, Whitetail deer and Rusa deer.

The only way we are going to stop DOC from forcing hundreds of every day Kiwis to lose their jobs, cause long term damage to the economy, devalue all of our game animal resources, and destroy more than 100 years of New Zealand heritage and culture is by all hunters and outdoor enthusiasts once again uniting together.

The Tahr Foundation has filed for a court injunction to have the culling stopped while a sensible monitoring and research program is established for scientifically driven decision making to preserve alpine vegetation without destroying the tahr hunting resource and the livelihoods of hundreds of kiwis.

The Tahr Foundation and the organisations it represents are also taking part in the Forest & Bird High Court case against the Minister of Conservation so that the voice of the hunting sector and the people who will directly and indirectly be impacted by any decision made can be considered. This costs money.

Court proceedings are expensive - far beyond what was raised previously.

Once more, we ask humbly for your support and help to hold our government to account by making our voices heard by politicians at local and national level.

For regular updates regarding tahr, you can check out New Zealand Tahr Foundation Facebook page, as well as social media updates by the New Zealand Deerstalkers Association’s and SCI (NZ Chapter).

The Tahr Foundation is committed to the New Zealand hunting community and the sustainable management of our high value game animals for the benefit of recreation, industry and conservation.

Funds raised will be applied towards funding the protection and promotion of sustainable game animals in New Zealand, including developing plans for the long-term management of our Himalayan Tahr herd and other game animals, and helping with legal costs and expenses. The Trust will make funds available to organisations that align with its purpose, including the Tahr Foundation and other likeminded organisations.

Funds will be collected by The Tahr Trust, a registered charity with Charity Number CC35905. Funds will be managed and distributed in accordance with the trust deed, including to the Tahr Foundation or other organisations upon application for the purposes stated above.

The Tahr Trust is raising funds to help protect the future of New Zealand’s big game animals, including our New Zealand Himalayan tahr resource, and any other important game species which come under threat.

Funds raised will be applied towards funding the protection and promotion of sustainable game animals in New Zealand.

Paying to a verified bank account of The Tahr Trust (Charity)
Tax credit
Donations of over $5 are eligible for a New Zealand charitable giving tax credit.
Page Moderated
The page has been checked by our team to make sure it complies with our terms and conditions. 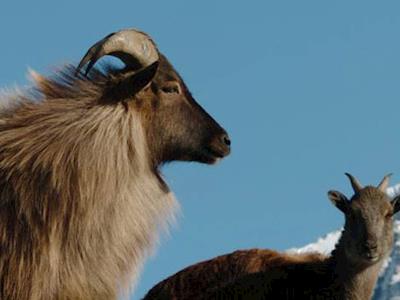