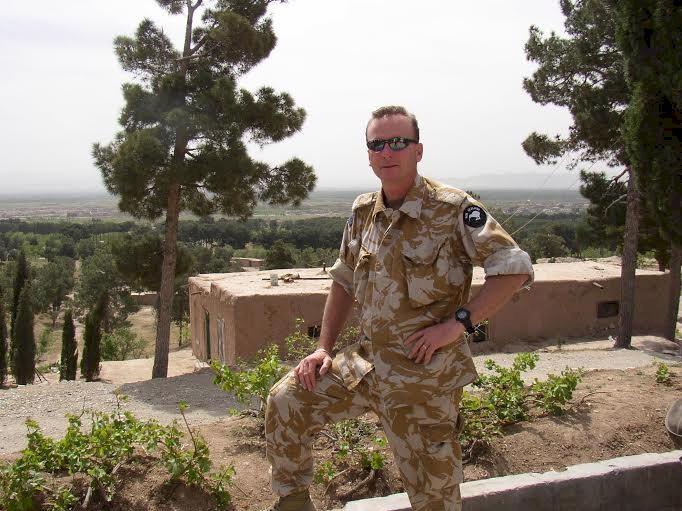 One Dollar Warriors Fight for Bill

Bill Blaikie gave his all to protect and defend, and now he needs our help to regain his life.

Bill Blaikie was a Lieutenant Colonel (New Zealand Defence Force-NZDF) and Deputy Director of Intelligence for Combined Force Command in a tour of Afghanistan in 2004.  During Bill’s career and contribution to the NZDF he found himself in some horrific situations. Bill was mentally tortured and abused in a hostage-like situation. Bill has written about this experience as part of his cathartic treatment. He was involved in a number of incidents where he believed that he would not survive to see his wife Nancy, and their three children again.  You can read more about Bill’s story here http://ptsdyouarenotalone.org.nz/about-3/.

PTSD is a mental health condition that's triggered by any traumatic event — either experiencing it or witnessing it. Symptoms may include flashbacks, nightmares and severe anxiety, as well as uncontrollable thoughts about the event. In 2012 Bill had a major breakdown and twice tried to take his life. Since then he has been unable to work and has concentrated on his recovery, however unfortunately he is out of recovery options here in NZ.

There are no group therapy programs or supporting programs available in New Zealand that can help chronic PTSD sufferers from the military. Bill’s Doctor, psychiatrist and psychologist have recommended that he attend an Inpatient Trauma Program. This is based at the St John’s Hospital in Sydney, Australia, which is rated ‘gold standard’ by Australian department of Veterans Affairs. The residential programme is four weeks long with several follow up phases over a nine month period. This programme has been in place for 20 years and has had fantastic results working with people to recover from chronic PTSD. Family are invited to attend certain parts of the program over the nine months for better treatment outcomes.

Bill needs to raise $42,000 for the full treatment, accommodation and travel expenses - and we Warriors can raise that in no time at all.

The next treatment intake is in August 2016, and I know we can raise the funds needed to get Bill into it.

Bill has sacrificed so much of himself to protect and defend, and we want to help him to recover from what he has seen, heard and been exposed to.  Bill needs our help, as the One Dollar Warriors, to get his life back.

It’s Bill’s dream that once he has recovered from PTSD, he can bring the recovery programme back to NZ to assist others who are living in the nightmare also.

So come on Warriors, let’s all put our dollar forward and raise the $42,000 that Bill needs to get his life back!!!

We are the One Dollar Warriors - ready to put our dollar forward to save a life.

Created by One Dollar Warriors (Group)

Paying to a verified bank account of Bill Blaikie
Page Moderated
The page has been checked by our team to make sure it complies with our terms and conditions.

Want to get in touch with One Dollar Warriors?