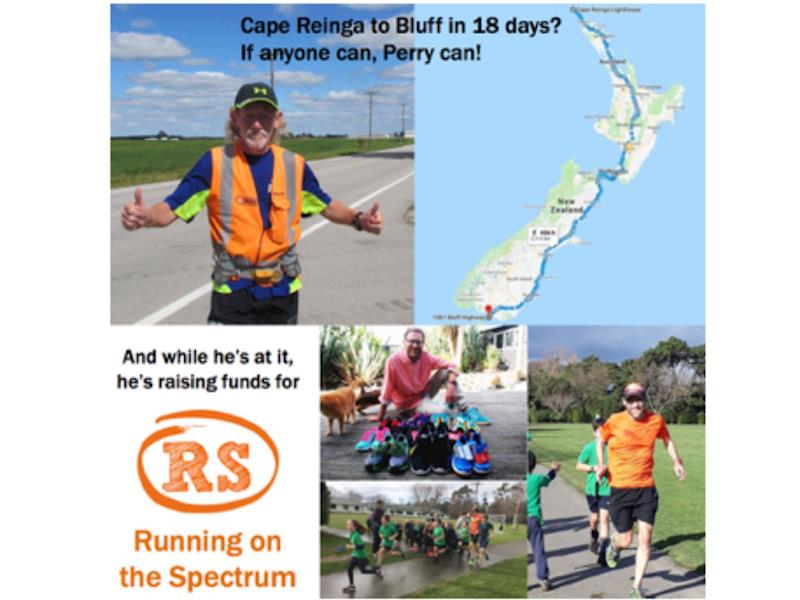 Closed Cause page created in the Kiwi Kids category by Jason Reid for "ASD kids New Zealand wide by working in with NZ wide schools."

Given by 193 generous donors in around 3 months

4am, 3 Nov: Perry Newburn will set out from Cape Reinga to run the length of NZ in 18 days, to fundraise for charity Running on the Spectrum

NZ ultramarathon legend Perry Newburn will be running the length of New Zealand from Cape Reinga to Bluff (2113km). And he’s making a crack at setting a new record time for this distance! The current record stands at just over 18 days - set 43 years ago. For Perry to beat this, he will need to run almost 120km per day!

And while he’s doing all this, Perry’s raising funds for Running on the Spectrum, a NZ charity which aims to increase inclusiveness and acceptance of children with autism, as well as encourage kids on the spectrum into running.

Perry wants to encourage businesses, schools and individuals to get behind Running on the Spectrum and show their support through donations here. You can follow his journey here: https://www.facebook.com/The-last-Hurrah-Length-of-NZ-2018-203915496786401/

Who is Perry Newburn?

64 year old Perry is an endurance runner from Napier. He’s already clocked up an amazing list of running achievements, including a world masters record across the United States (51 days, 16 hours and 40 minutes), the second-longest distance without sleep by a New Zealander (487km in 72 hours) and a circumnavigation of New Zealand in 71 days!

What is Running on the Spectrum?

Running on the Spectrum was set up by another Kiwi ultramarathoner, Jason Reid. Jason also happens to be on the spectrum and is a teacher aide in Taranaki who works directly with kids with autism.

Jason knows first hand how people with autism can benefit from movement and running, and all the funds raised through Perry’s extraordinary run down the length of NZ will go straight to helping kids on the spectrum into running programmes as well as give them each a new pair of running shoes.

We will be promoting positive awareness of Autism as well as providing schools with Running shoes and movement program for all ASD students. 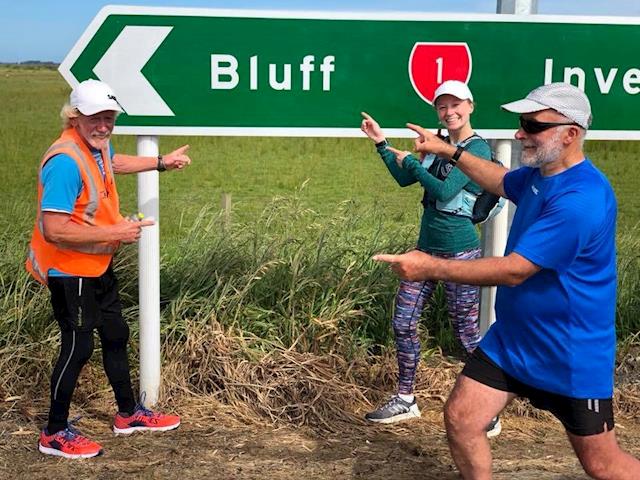 Wow, what an amazing last few days it's been! Perry has battled gale force winds, hail, floods and he's battled on and is still on track to achieve a new Fastest Known Time for Cape Reinga-Bluff early this afternoon. You can see live updates on the web page here from 12.30pm today (Wednesday 21 November): https://www.facebook.com/The-last-Hurrah-Length-of-NZ-2018-203915496786401/

Perry has done a fantastic job of raising awareness and funds for his chosen charity, Running on the Spectrum - a huge thank you to each of you that has made a donation. Your generosity will make a real difference in the lives of Kiwi kids with autism and their whānau!

Created by, and paying to a verified bank account of, Jason Reid on behalf of ASD kids New Zealand wide by working in with NZ wide schools.
Page Moderated The page has been checked by our team to make sure it complies with our terms and conditions.

Given by 193 generous donors in around 3 months