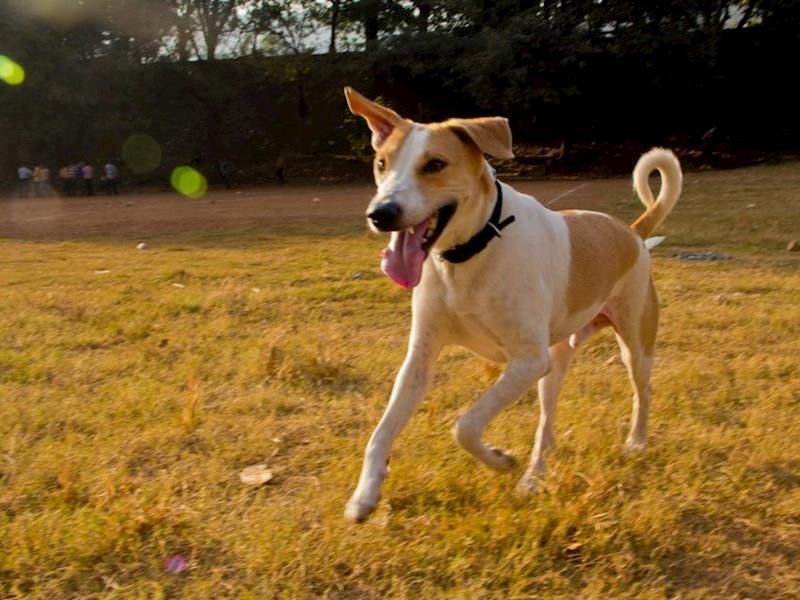 Appeal to Save Rave and bring him home.

Given by 66 generous donors in around 5 months

This is for our beloved dog Rave who contracted heart-worm while in Singapore and had to go back to be treated there.

Rave is our family dog, a nine-year-old beagle mix stray that I rescued as a puppy from the streets of Mumbai, India. He was the only pup left alive after his mother was poisoned by a stray-hater shortly after she gave birth; his siblings dying after drinking the poisoned milk. But Rave survived… just. We took him home, and with love and care he grew up to be the loving, playful, intelligent, sensitive dog he is today.

When I decided to come to Auckland, there was no question of abandoning him and Floyd, my two beloved dogs. They could not come directly to New Zealand because India is not a rabies-free country. So we found a pet boarder in Singapore to take care of the dogs for six months till they were determined to be free of rabies. I borrowed money, for the dogs to be brought over. When the tests were carried out before they were to fly to Auckland - and their new home - the tests showed that Rave had been infected by heartworm. Heartworm is carried by mosquitos from one animal to another. Worms can form in the blood, grow and proliferate until they block the heart, and the dog dies. We were shattered.

Rave underwent treatment and finally in April he tested negative. With many bills to pay we had the tests done in India, where it was much cheaper. The result was negative on all counts, the Singapore authorities approved the tests and his papers, Rave was flown to Auckland. We didn’t know that India is not a country approved for testing, by New Zealand’s Ministry for Primary Industries (MPI). So when it came time to finally bring Rave home, we had to repeat the test while he was in quarantine. We were shocked and bewildered when the new test returned positive. MPI said Rave would either have to be sent back to Singapore or ‘destroyed’

I have taken Rave back to Singapore. He is being kept at a pet boarder’s while he undergoes more treatment for his heartworm, which may take anything from 2 to 6 months. MPI has assured us that they will let him return the moment he tests negative. We are determined that Rave should come home. Heartworm is curable. He and Floyd are members of our family. We will NOT have him put down. We will get him the best medical attention, and he will be cured. I can just see how he would love our backyard here behind our house in Auckland, a place we chose to rent precisely because there would be place for the dogs to play.

We are already drowning in debt to the tune of NZ$30000 from the previous round of care and travel. And now the treatment, travel and boarding, etc will cost us more money. We need to raise some funds to help with this, i.e. NZ$15000 NZD from people, to support this new round of treatment. We are appealing to you to help Rave to get well and come home.

You can donate any amount; anything from $1 to any amount you can afford. Any amount is welcome and will help immensely.

If you are outside of NZ you will need to use your credit card and pay in NZD (just like you would pay for something on Amazon perhaps?).

Funds will be used for:

I am the pet-parent.

- Flight for one family member

Thanks to all the prayers and work, Rave will be home tomorrow afternoon! Monday 6th, November 2017!

We're so grateful to all the help from all quarters. To those who went above and beyond. And all those who sent their best wishes and prayers.

Thank you Jerlyn Liao, the boarder, whose family and she looked after Rave with such loving care during his second bout of treatments there and also handled the Singapore side paperwork so well!

Jeffrey Halley for paying for a large part of the Singapore side expenses, like, just cleared it for us without hesitation!

Suzanne McFadden and Paul Enticott for covering the story so beautifully on Newsroom and even including a link to the donation page in the article!

Carol O'Neill, who runs the NZ the quarantine and handled the NZ side paperwork, so last minute yet so smoothly!

The folks at givealittle.co.nz who went out of their way to help, on one occasion worked at 11pm at night to fix an issue with the donation page! :)

And hundreds of donors and well wishers.

Created by Samar Jit, paying to a verified bank account of Srikrishnan Ramamurthy on behalf of Save Rave
Page Moderated The page has been checked by our team to make sure it complies with our terms and conditions.

Given by 66 generous donors in around 5 months