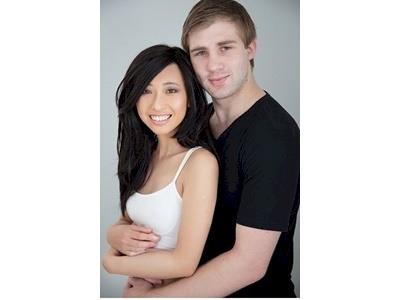 Closed Cause page created in the Health category by Save Sally

Life should not end at 24!! Sally has been battling cancer for over 4 years and she needs help towards treatment costs.

Sally is currently seeking to have a PD1 immunotherapy treatment called pembrolizumab which has been quoted $8140.60 per treatment. Treatment is given every 3 weeks. The total treatment required is unknown as some patients only require treatment for a year where as some have been on treatment for 2 or more years.

Sally is currently 25 years old and has been battling with cancer since the age of 20. In 2011, Sally was 6 months away from graduating when she was diagnosed with Hodgkins Lymphoma, a cancer which affect the immune system. She began her treatments with chemotherapy followed by radiotherapy.

Sally and her highschool sweetheart of 9 years thought that their lives would return to normal and that Sallys' health would be fine going forward. They planned to get married and that they would continue their lives as they had planned. Unfortunately this would not be the case as Sally relapsed shortly after, discovering that the tumors had grown at her first check up.

Since Sallys' relaspe, she has undergone multiple regimes of chemotherapy. Sally also had a Allogeniec Stemcell transplant but the cancer has remained persistent even after the transplant. She received more treatments but the cancer continued to grow and spread.

Late in 2013, Sally was offered palliative treatment as it is the only option available within the public system. Sally did not want give up so she started looking into new and novel treatments that can only be accessed privately.

Sally went on to have another private drug 'Bendamustine' however the the disease progressed after the 5th treatment.

Although the news is heart breaking and upsetting, Sally is still positive and hopeful, is continuing her fight to beat cancer.

Sally and her family appreciate and is thankful for all the support and donations they have received. The road ahead will be long and challenging but there is still a lot to live for in this beautiful world and giving up is not on the to do list.

Posted by: Save Sally

GIVEAWAY**** WIN A PHOTOSHOOT WORTH $850 Giveaway!! ~~~ WIN~~~!!! a photoshoot package worth $850!!! Talented award winning photographer Albert Ng and Make up artist Jessica Seo is kindly giving away a 4 hour fashion model style photography sitting in Auckland including photography, make up and hair styling, similar to below images, to one lucky donor. The Lucky winner will also receive all images, filtered and edited, and will be given as high resolution files. To enter: Anyone who has made a donation (including those who already donated). www.givealittle.co.nz/cause/savesally 1) Donor will need to send a copy of the donation receipt to enquiry@albertngphotography.com to be in the draw. About Albert Ng Photography: Albert is a very talented and experienced photographer who has won multiple awards including: NZIPP Iris Awards 2012 & 2014 - 1 Gold + 4 Silvers + 10 Bronzes Kodak Gold Awards 2005 to 2013 - 3 Golds + 7 Silvers + 4 Bronzes To find out more about his amazing work visit http://www.albertngphotography.com/ One lucky donor will be drawn randomly when Sally's first fundraising $150,000 goal is reached. The lucky donor will be contacted via email. https://www.facebook.com/helpsavesally/photos/a.773247832719452.1073741827.773203066057262/854790727898495/?type=1&relevant_count=1

Annabel Ariki on 03 Sep 2015
Love you Sally and think about you so much even though I may not communicate with you all the time. I made a pledge in july 2014 to donate $500 to you for my ice challenge and here I am keeping my promise. So much love and healing over you by the blood of Jesus Christ x
$500

Melis Karavan and Tui Johanson on 01 Aug 2015
Wishing you all the best through this battle, our thoughts are with you, stay strong xoxo
$20

Created by, and paying to a verified bank account of, Save Sally
Page Moderated The page has been checked by our team to make sure it complies with our terms and conditions.

Want to get in touch with Save Sally?