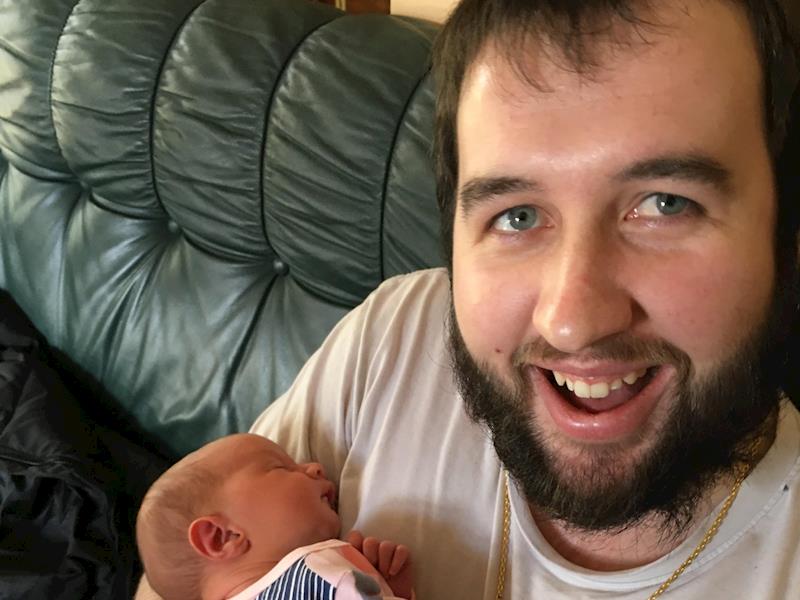 SHEA needs Charlie Teo to remove his brain tumour and save his life!

Cause page created in the Health category by Trish Vivian for "Our son, Shea"

Surgery costs to remove Shea's brain tumour, To enable Christian to support Shea. Please share even if you can’t afford to donate,

***Update 10th of March The use of these funds is to enable Shea to have life saving surgery. Originally the use of funds if not used would go to Charlie Teo foundation but would now go for Christian to be his ongoing carer. ***

Shea has just turned 24 and needs to have his brain tumour gone. Only Charlie Teo can operate to save him.

I was visiting the cemetery in Christchurch one day. I came across a lady sitting next to a headstone. I asked if she was ok and she sadly said "This is my son'' there was a photo of a young man on the headstone. I asked how he had died and she said 'suicide. My heart sank as it wasn't that long ago that my son Shea had looked me in the eye crying and begged me to help him die. At that time if i had had a pill I may have even helped him. His tears cut me in half.

The lady's husband arrived and I explained to them that i live in terror every day for my husband and son who both have terminal illnesses.

My son had been told by one neurologist that he thought his tumour might be benign but then this all changed when a 2nd MRI and second neurologist said Astrocytoma (slow growing cancer) . It was agreed by each that it was unable to be operated on as it was in a dangerous place.

Since the diagnosis, Shea suffers from severe mental illness, depression, anxiety and social anxiety and never leaves the house unless his brother Christian talks him into going for a drive. His brother has been by his side throughout.

The father at the cemetery told me that the day his son died he had been talking to him on the phone and had no idea what his son had planned and how they now live with the anguish of wishing they had done something. He told me if i didn't do everything i could to save my son then i would never forgive myself. He said it was too late for them but maybe not for my son. He had heard of a man in Australia called Charlie Teo and that i should try and make contact.

I believe that God sent me to the cemetery that day. I had no reason to go there but came away knowing that the man was right.

I researched and wrote to Charlie Teo who happens to be classed as the best neurosurgeon in the world and is based in Sydney. I sent a letter and MRI results to him by mail on a Sunday and by the following Wednesday received a call to say that my son could be successfully operated on without complication or return of the tumour.

PROBLEM is that this surgery is done in the private sector and at minimum would cost $120,000

I am totally exhausted trying to support both my husband and son. I am desperately now seeking your help. At the moment I work 12 hours a day and I cannot fit any more into my days. I struggle to pay Christian in order to keep his support in helping with work and caring for his brother. The medical costs are also consuming us having both a terminally ill husband and son. Christian has a new baby and wife but he has always been by his brother's side. Without him Shea would certainly not be here. Every day he has Christian trying to reassure him that 'God won't fail him’.

PLEASE help me save my son

Everybody except for Charlie Teo has turned him away. I can’t help my husband but I can save my son’s life but desperately need your help.

I am a wife and mother of a husband and son both diagnosed with terminal illnesses. We can however save our son!

Enable time to be with son and to pay for surgery to remove his brain tumour by going to Charlie Teo in Sydney. If it doesn't go to plan then a donation will be made to Charlie Teo who saves lives and gives hope to those who have been stripped of it.

Christian has opened a special account for donations for Shea re Shea Trust Fund. As Christian is Sheas carer and support person this makes things easier and less stress for me as there are two terminally ill in the house that I support and I would be lost without Christian and all he does especially when he also has his own family. Funds are for Surgery by Charlie Teo but if target isn’t reached they will be used for Christian to care for his brother if for any reason I can no longer fund him.The priority IS to reach target so Charlie can operate on Shea. We are now approaching media as first there was Aussi fires, then volcano and coronavirus! Our turn now to save Shea and work on getting him to the front pages of Give A Little

Thank you so much. I keep thinking we’ll never get there but then there is someone like you So many thanks 😇

My sincere apologies I never thanked you earlier. But thank you for your beautiful donation which only helps us get closer and closer 😀😀😀

I am so sorry for not replying earlier as it is it’s 3.30am at the moment so I certainly get to things eventually lol. Many many thanks for your kindness 😀

Paying to a verified bank account of Christian Vivian on behalf of Our son, Shea
Page Moderated The page has been checked by our team to make sure it complies with our terms and conditions.