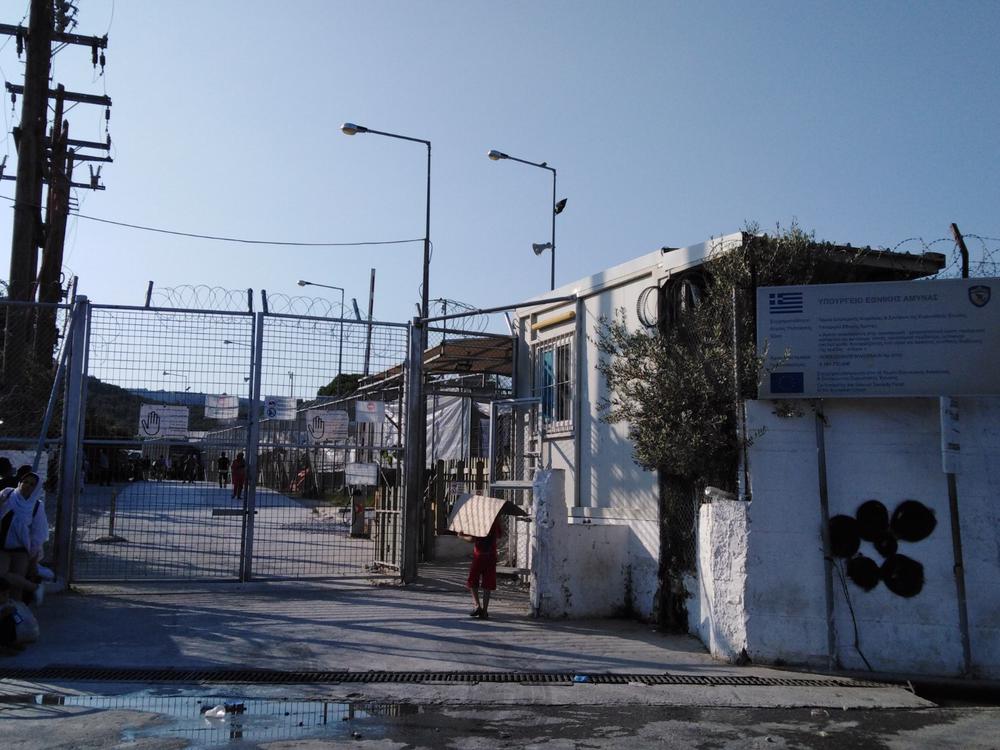 Support for Refugees in Camps in Lesvos, Greece

$8,070 donated
Given by 48 generous donors in around 3 months
Share Closed

We have been working on Lesvos, Greece where over 10,000 refugees are in kept in desperate, dehumanising conditions. They need our support.

We (Cathy O’Callaghan and Mike Sansom) went to Lesvos, one of the Greek islands, to work with refugees. What we saw was deeply horrifying, inhumane, tragic, shameful and, in very small pockets, inspiring. On this small island there are approximately 10,000 refugees - men, women and children - from as far away as Myanmar, Afghanistan, Syria, Iran, Sudan, Eritrea, Congo, Mali and countries in between, all escaping war, political oppression, violence and poverty. And literally every story is gut wrenchingly harrowing and traumatic and so very, very sad.

Lesvos is significant because it is just 15 kms from Turkey, the geographical, cultural, political and historical gateway and meeting point between Asia, African and Europe. The refugees generally arrive from Turkey on broken boats with a small outboard and make shift or play lifejackets provided by traffickers. Most are turned away by the Turkish coastguard but just try again. At one stage there were up to 35 boats landing a day. And these are the lucky one because it can take only a few hours from Turkey. Imagine those coming across the Mediterranean from north Africa where it can be very rough and cold only to be rejected by the Italian navy and left to drown – literally. Over 1,000 people drowned in the first 6 months of this year with another 350 drowning in August and 13 including 2 women and 8 kids drowning on the day we left. And every day another 60 men, women and children could arrive clinging to a broken dingy and their hopes and dreams.

This multi-national, diverse community have been dumped in and around the notorious Moria camp, an old disused prison built to accommodate approximately 2,000 prisoners. The symbolism of this can’t be over-exaggerated. Many have already been here for over a year, a transition camp for people from everywhere but going nowhere, living in desperate conditions, a lack of the most basic of needs and rights such as showers, food, education for children, safety and a fair and transparent process based on international and European law. Men queue for hours for a dirty shower; women are often too scared so haven’t showered for months. There are 74 people to a toilet and 82 people to a shower. Informal camps have set up around the island. Food distribution is poor, inadequate and unhealthy. Sexual based violence is prevalent. Self-harm and other forms of mental illness are on the increase and there are often tensions between groups living in the camps. Children don’t have any access to formal education – a fundamental denial of their most basic human right. Many of the refugees arrived as a family, some with three generations. Refugees are able to move around the island but are increasingly resented, even hated by many in the local Greek community and often face racism. Locals who help face opposition and ostracization.

Furthermore, the refugees face bureaucratic cruelty and physical violence. In 2017 the Greek police carried out a brutally violent raid beating refugees, with batons and boots, primarily targeting the black African community within the camp. Some were arrested on manufactured charges; some were tortured. https://www.youtube.com/watch?v=aKpXL1vRVHo

This inhumane, degrading situation is clearly a deliberate policy by the European Union to dehumanise refugees, enabled by the complicit silence of the UN through the UNHCR. Even UNICEF, and organisation whose purpose is to promote the rights of all children, is present and quiet.

But there are also some Greeks, local residents and activist organisations who have responded by running community initiatives, legal and human rights advice, and outreach with the refugees. Some provide the most basic of services that the UN and EU should be providing: showers, food, education for children, safe spaces, basic health services. Others open up their homes and community and work with refugees providing dignity, home for a day, a swim, a free restaurant, a walk, some fresh clothes, nappies and sanitary goods, a music group, drama, basic English lessons and a place for children to play. Sometimes just a shower in a safe clean environment. This doesn’t sound much, but it is an attempt to provide a shard of dignity in an otherwise dehumanising existence. And they are demonstrating that another world is possible.

Cathy has been working with Showers for Sisters, providing clean showers for women and their children – and also swimming lessons (although Cath left this to others!). Mike worked with Nikos and Katerina providing refugees with a Home for A Day including a local cooked meal, music groups, swimming, toys for kids and clothes for some families. He is also worked with White Hearts a group of young men who have organised themselves in the camp and are now looking at working across all the different groups, resolving camp conflicts and representing refugees.

More than our time, these initiatives and organisations need money. Mike has over 20 years working with community organisations and, with Cathy, have identified the most principled, effective, volunteer based, local projects that put refugees at the centre of their work. The one's we are supporting are:

1. The Legal Centre Lesbos, a small group of legally trained international volunteers who provide legal information and assistance, whilst supporting Greek lawyers in their provision of legal advice and representation to refugees. They also undertake advocacy through media work, human rights reports and legal strategies. Critically they work with refugee communities and support them in their own organising and advocacy to realize their rights. Mike developed a rights and advocacy training programme and identified a network of refugees to receive the training and support

2. Lesvos Solidarity is a local initiative that established a small camp in a disused children’s camp to accommodate and support the most vulnerable refugees – mentally ill and traumatised, cancer patients, single mothers, victims of sexual violence, people with disabilities, LGBTQI. They face continual threat of closure from the local authorities and business people.

3. A range of local “humanising” initiatives that remind all of us - refugees, volunteers, the local community and the international community – that another world is possible. The two examples we have found are

- Showers for Sisters – providing showers and hygiene support for women refugees and their children. They also have swimming lessons.

- The Hope Project which have built an art’s centre in an old warehouse that allows refugee artists and teachers to run music, art, drama sessions and run lessons, targeting children and the vulnerable most vulnerable refugees in the camp.

My partner (Cathy O'Callaghan) and I have been volunteering in Lesvos. We have worked with and checked out the 3 - 4 local groups we are supporting, I have worked in this area for over 25 years and am experienced in identifying effective and well run community organisations.

Funds will provide refugees with legal advice and representation, a small camp for the most vulnerable and victims of violence and provide clean, safe showers for women and an art space for all. 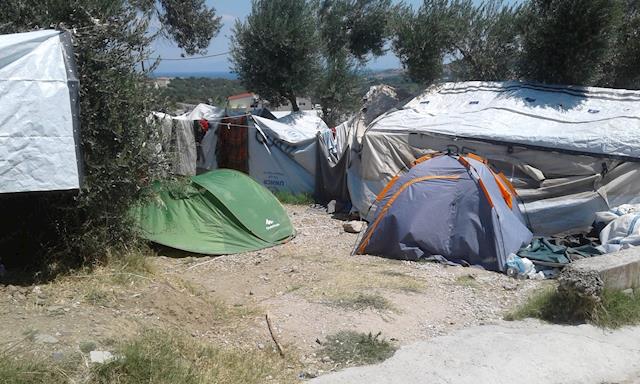 Cathy & I were interviewed by Kim Hill last Saturday on Radio New Zealand-we talked about our experiences in Lesvos & highlighted the fact that the camp is now over 10,000 people-we have been able to make a little difference by sending funds to the three projects outlined on our page.

We have had an amazing response following on from the show-Huge thanks to everyone who listened & have donated & spread the word among your family friends & networks.

Thank you so much!

Thanks for your donation!

Thanks for your donation Phoebe!

Thank you so much Rosie!

Thank you for your donation!

Created by, and paying to a verified bank account of, Mike Sansom on behalf of Different community groups in Lesvos, Greece working with refugees
Page Moderated
The page has been checked by our team to make sure it complies with our terms and conditions.

Want to get in touch with Mike Sansom?