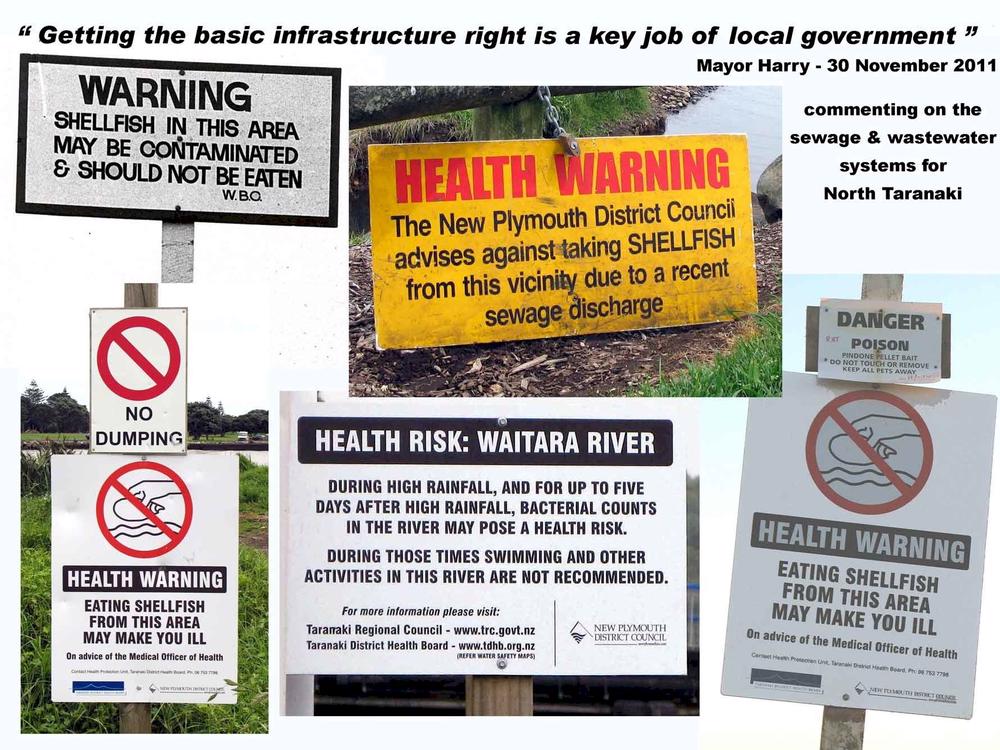 TRC vs The Friends of Waitara River

$8,690 donated
Given by 125 generous donors in around 9 months
Share Closed

The Waitara3 need your help before bankruptcy is filed http://www.radionz.co.nz/news/regional/297910/council-spends-$270k-chasing-$25k-debt

The Friends of Waitara River (FOWR) have existed since the early 1980s, trying to protect the quality of the water in the river and immediate offshore areas around the small North Taranaki town of Waitara. In 2011, they asked for an independent commissioner to hear three applications to Taranaki Regional Council (TRC) related to discharge of waste to the waterways.

The submission was signed by Robbie Taylor, Andrea Pikikore Moore and Fiona Clark, on behalf the group which, at the time of lodging, had no legal status. By the time the hearing was held, the group was incorporated and took formal ownership of the submission. The Waitara outfall and coastal pollution was the basis for the Wai 6 claim by kaumatua, the late Aila Taylor in 1982. Robbie is his son and continues his work. Fiona was also closely involved with this Wai 6 claim and is well known for her documentary photography of the kaimoana reefs and kuia of the time. Pikikore is chair of the Manukorihi Hapu Society and active in environmental and social matters affecting tangata whenua.

The hearing was held in 2011 and the commissioners acknowledged the quality of the submissions seeking greater environmental safeguards.

The TRC decided to pursue the three individuals for costs, not the group, and took it to court where they won on the technicality of the few weeks between the signing of the submission and the incorporation of the group. The Council did not have to charge at all but could have absorbed the costs. However, they have been zealous and relentless in their pursuit of costs, refusing all attempts to negotiate with them. They even refused to hear a deputation of local kaumatua on this matter.

Many believe this is a deliberate attempt to silence any environmental opposition and to ensure that people cannot afford to challenge future Resource Management Act hearings.

This is not how the RMA was supposed to work.

The 'Friends' using the Official Information Act and paying the $460 fee, requested the cost of legal fees to pursue the Waitara3. It was only after the cheque was cashed that the TRC made this information public on their official website.

The "Friends' have yet to receive a formal answer.

My name is Andrea Pikikore Moore, I am the administrator for the 'Friends'. And, I am also one of the three who TRC are pursuing

To promote and preserve the Waitara River and Northern Taranaki coastline.

To help preserve and enhance our immediate environmental area

To promote education and awareness on the river and coastline

Hokianga Environmental Protection Group on 30 Jul 2016
As a local group involved in similar issues we are happy to help you with this. Kia Kaha!
$100

Created by, and paying to a verified bank account of, friends of waitara river Inc (Charity)
Registered Charity
A Registered Charity has legal recognition under the Charities Act 2005.
Page Moderated
The page has been checked by our team to make sure it complies with our terms and conditions.

Want to get in touch with friends of waitara river Inc?