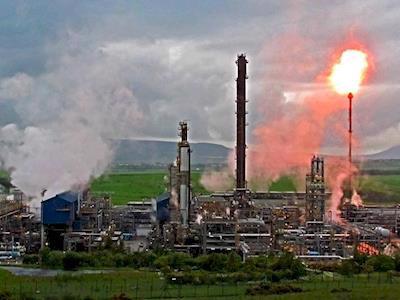 Help stop oil and gas companies from fracking near our homes

$5,190 donated
Given by 42 generous donors in over a year
Share Closed

Help protect communities in New Zealand from having dangerous oil and gas sites too close to their communities.

Can we count on your support? We have raised another $5,000 towards the case making a total of $55,000 from our members and supporters. The entire amount goes to cover expert witness and court costs. We need to fund-raise a further $10,000.

As you may be aware, TEW submitted on oil and gas rules in the proposed South Taranaki District Council Plan. The commissioners (district councillors) found in favour of the Council and Companies removing separation distances between our homes and petroleum facilities and allowing the use of explosives for seismic surveys with misfires left behind in the ground. We appealed to the Environment Court and Stratford District Council, New Plymouth District Council and Petroleum Exploration and Production Association of New Zealand (PEPANZ) joined the appeal opposing us.

TEW are making definite progress at the hearings. Under cross-examination the risk expert for PEPANZ agreed separation distances had merit. The WorkSafe expert stated they had no jurisdiction over land use planning.

The hearings were originally set for 4 days however this has extended to 11 days. Further hearing dates are set for 27- 30 August at the New Plymouth Courthouse. Our lawyers and experts continue with their generous pro-bono services however we need to contribute to their costs particularly as the hearing has been extended.

Below is a recap of what we are appealing and our progress so far:

• Oppose Councils' and PEPANZ’s assertion that WorkSafe’s role of managing risk means that the Council does not have to consider land use matters. One WorkSafe expert has testified as an independent witness for TEW; another witness has been summoned.

The coalition government has announced a ban on new offshore oil and gas block offers and no onshore block offers outside of Taranaki. TEW is supportive of this move however onshore Taranaki remains the continued focus of the oil and gas industries. We continue to work hard to help stop oil and gas companies from drilling and fracking near our families and friends.

Please donate now to help us stop oil and gas companies from drilling and fracking near our families and friends now and in the future. Every little bit helps! Please share with your friends and family.

Taranaki Energy Watch is a long-standing community watchdog organisation dedicated to monitoring the expansion of Taranaki's (and New Zealand's) oil and gas industry and lobbying for best practice health and safety and environmental standards.

TEW is currently challenging proposed South Taranaki District Council oil and gas rules in the Environment Court that are great for industry but endanger local communities. All the Taranaki district councils and Petroleum Exploration and Production New Zealand (PEPANZ) have joined the appeal opposing TEW.

Funds raised will be used to pay the experts to support our appeal in the Environment Court.

Want to get in touch with Taranaki Energy Watch?