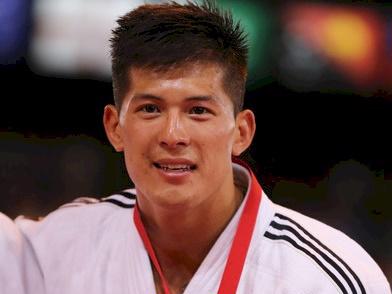 Get Adrian to the Games!

In August 2016, the event that I have been working towards for 22 years will take place. Ever since I was 6 years old I have trained, learned, sacrificed, practiced, competed, won, lost, picked myself up and trained some more. Judo has always been a huge part of my life and has long since become my passion. And the Olympics has always been the ultimate goal. As a Kiwi athlete, there is no greater dream than to compete at the Olympic Games. To show the world what we are made of and to feel that national pride on a world stage. All of the years of hard work and sacrifice would be worth it to get to the Olympics, and next year is my chance.

But it’s been no easy road to get here.

A lot of you have already supported me throughout my journey and have experienced some of the ups and downs with me. And I can’t thank you enough for that. Knowing that you have people backing you and cheering in your corner makes all the difference.

But one of my biggest supporters has always been my brother, Ali. We started out in judo together as kids, and learned/trained/competed/travelled together. We shared the Olympic dream and hoped to get there together. But as some of you will know, Ali passed when we were competing in Bulgaria. I made a silent promise to my brother that I would never give up on my dreams, and that I would live my life to the fullest, for both of us. That is what has kept me going through the dark days. Now I am living this dream for both of us and this has only increased my motivation to get there.

But the road will only get harder from here.

For the next 6 months until selections are carried out, gaining qualification for the 2016 Olympic Games in Rio will be my sole focus. This will mean extensive international travel to compete for vital ranking points in elite level competition, and off-shore based training where I can train with the best in the world. And, of course, this traveling, training and competing unfortunately requires money. The entire sport of Judo in New Zealand receives very little funding from Sport New Zealand. So I have always sacrificed my own money, and have had to rely on the charity of my family and friends to support my costs to train and compete. But my next campaign for Olympic qualification will cost upwards of $20,000 which I just can’t afford without more help. So today I am asking for your support. Anything that you can give will go a long way to helping me to get to Rio and to achieving the Olympic dream.

So in August next year the Rio Olympics will take place, and with your help I hope to be there making myself, my family, my country and all of you proud.

Thanks for your support.

Corey on 28 Feb 2016
Such an inspiration to all young athletes in NZ show them what we're made of!
Private

Hendry Family on 18 Feb 2016
Good luck and all the best on your journey to the games!
Private

Created by, and paying to a verified bank account of, Adrian Leat
Page Moderated
The page has been checked by our team to make sure it complies with our terms and conditions.

Want to get in touch with Adrian Leat?