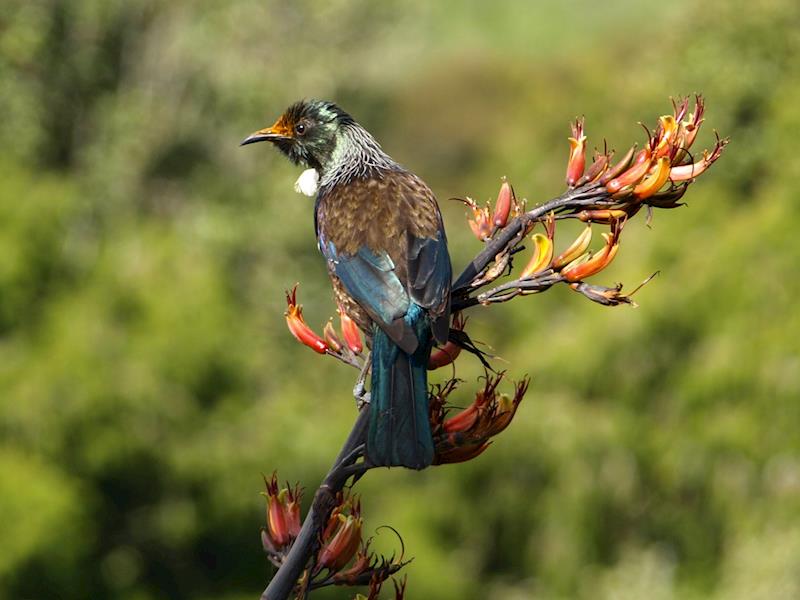 Help us protect native wildlife in Pureora Forest Park by contributing to a predator trapping program.

Pureora Forest is a little known gem in the New Zealand environment. It is a 78,000 hectare area of protected forest that includes some of the largest, most outstanding tracts of New Zealand podocarp forest. Pureora was the location of anti-logging protests in the 1970s that resulted in the end of native forest logging, and the permanent preservation of the remaining forest. The area is home to a number of endangered bird species including kokako, whio (Blue Duck), kaka, kakariki and North Island robin.

It is also home to invasive animal pest species including possums, mustalids, rats and cats which all prey on native birds and are a threat to their survival. While DOC does a great job in trying to eradicate these pests more needs to be done. Timber Trail Lodge wants to help Timber Trail users contribute to pest control in Pureora.

The 84km long Timber Trail runs from Pureora village through Pureora Forest Park to Ongarue, near Taumarunui. The trail opened in 2013 as part of Te Haerenga, the New Zealand Cycle Trail and has proven to be one of the premier wilderness bike rides.

It is also a popular walking trail, and is part of the Te Araroa Trail which runs the length of New Zealand.

Timber Trail Lodge is located at Piropiro, the halfway point of the Timber Trail. It offers full service accommodation to its guest who include cyclists, walkers and groups using the lodge for off-grid retreats and meetings. The lodge is completely off-grid, and focuses on creating a minimal environmental footprint.

The lodge is surrounded by beautiful native bush, with good populations of a wide range of native birds and invertebrate species. There are also significant populations of pests around which we want to remove.

All donations will be used to buy DOC200 predator control traps. Timber Trail Lodge will take care of managing and resetting the traps as required.

Created by, and paying to a verified bank account of, Timber Trail Lodge (Business) on behalf of Pest control in Pureora Forest
Page Moderated The page has been checked by our team to make sure it complies with our terms and conditions.

Want to get in touch with Timber Trail Lodge ?