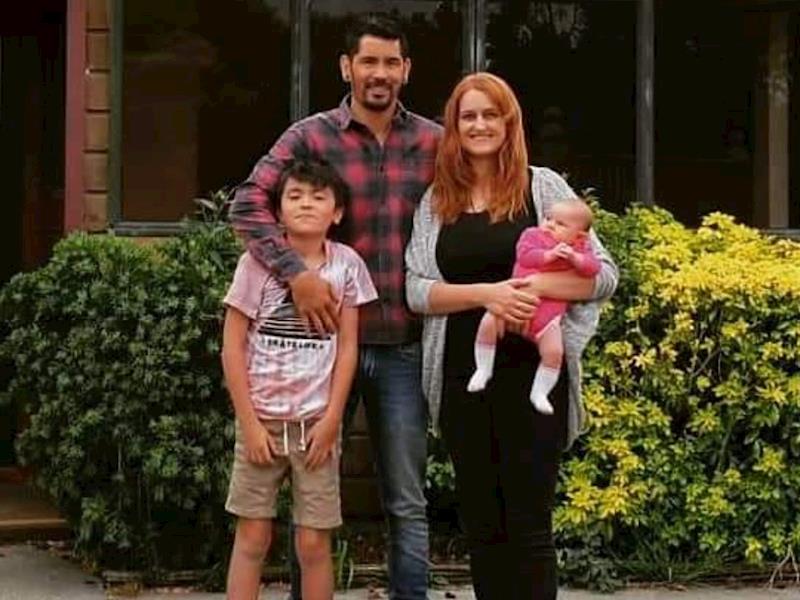 Given by 72 generous donors in around 6 months

First home dreams shattered when the builder runs off with $40,000 deposit. Left with no home, no savings, and a baby on the way!

Liza and Shanon are amazing, hardworking, caring people. Liza is a Primary School Teacher, and Shanon works in schools supporting children with behaviour and learning challenges. They also run the New Zealand Jiu Jitsu Academy, which is family oriented and regularly gives back to the community.

Last year they were expecting their first baby together, and they were boarding with family at the time. They knew they needed their own space once baby arrived, but they were not in a financial position to buy a house in the current market. The rental situation in Wanganui also meant it was next to impossible to find a place to live.

They decided to look into Tiny Houses and discovered that they had enough savings to put a deposit down, and the loan repayments would be cheaper than renting. So it seemed like the perfect solution and a chance to have their own space and own a home. They were also super excited about the challenge of minimalist living!

They found a company, met with the builder, looked at a showhome, and went through the design process. Happy with everything, they signed a contract and paid a $40,000 materials deposit for their Tiny House build to begin. It was meant to take 8 - 12 weeks to arrive so they should have been settled in by the time baby was born.

Over the next few months the builder (Harley Ngataua from Tiny House NZ) sent several emails assuring them that their build was progressing, the materials were all there, and they would get some photos sent through shortly. So they started downsizing everything they owned and preparing to live in their very own Tiny House!

As the months passed, Liza's due date was getting closer and closer and still no photos of their Tiny House. They started to get a bit concerned as all attempts to contact Harley were failing. They went to their laywer and did some digging and soon found out that the build had never begun, Harley had done a runner with their money, and that he had done this to people before!

At 39 weeks pregnant, instead of setting up a nursery in their new home, Liza and Shanon found out they had no home, no savings, and were now struggling to pay back a loan on top of their rent each week.

Their dreams were shattered.

What should have been the happiest time of their life turned into the most stressful!

I am Liza's sister and was heartbroken to watch as their dream was shattered.

The money will be used to pay back the loan they took out for the Tiny House, which Liza and Shanon are still paying each week on top of rent. If we reach the goal, it will also give them back their savings which will be put towards a house deposit.

Paying to a verified bank account of Liza Casson
Page Moderated The page has been checked by our team to make sure it complies with our terms and conditions.

Given by 72 generous donors in around 6 months