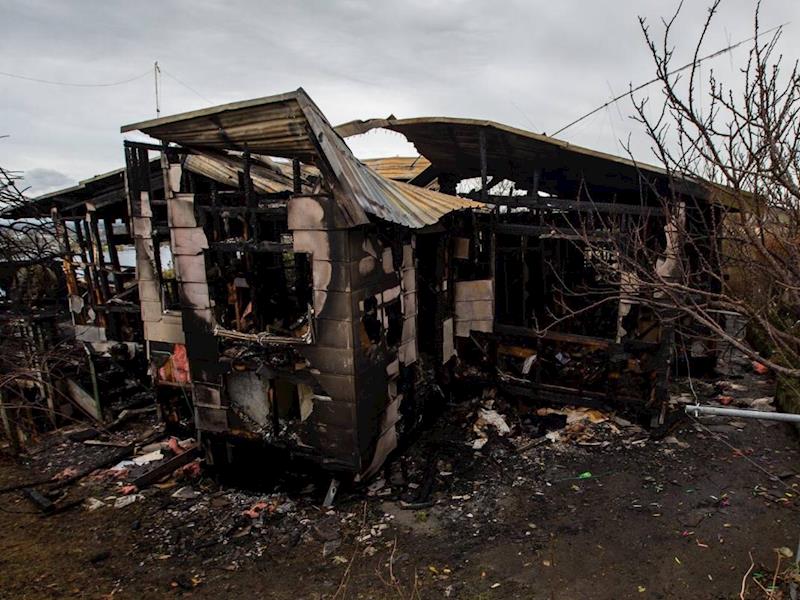 The Carr family have been devastated by housefire 21stJune which destroyed their home, car& irreplaceabletreasures.They need help to rebuild

Many of you will have heard about the devastating house fire in Feilding on Friday evening 21st June at approximately 6:20pm, which completely destroyed Diana and Laurie’s family home and car. The family were literally left with only the clothes on their backs. The fire has changed their life forever.

The house has been their family home for 35 years, which they built with the help of friends and family. It has a special place in lots of peoples hearts and has lots of special memories.

Diana, Lawrie, Simone (daughter), Jolene (daughter) Matt (son in law) and their 3 children Lilly age 4, Kristi age 9, and Silver age 12 had come over for their weekly family dinner. They had just had tea when they smelt smoke and on investigation found the garage under the house full of smoke when the fire started.

They called the fire brigade and got out of the house as fast as they could, Lawrie with Alvin his blind guidedog, Diana with no shoes and recovering from a recent hip replacement and just the clothes she was wearing, with no time to get any belongings.

Simone, Jolene Matt ,Silver, Kristi and Lilly ran to the bottom of their driveway just as the smoke alarms and explosions were going off and as the house erupted into flames.

If it had a happened any later when they were asleep,they would not have made it out alive.

It was a cold night so their built in gas heater(CNG) was going which contributed to the inferno and explosions. The gas company had to come and isolate the gas pipeline to the house due to fire blowback which had contributed to everything in the house to being completely destroyed.

Lawrie who has retinitis pigmentosa and macular degeneration is certified blind.He is a keen ham radio operator and daily talked to people around NZ and the world. His ham radio equipment was worth thousands of dollars and included specialised aerials. Lawries talking phone and talking book equipment was destroyed too. Lawrie is also a skilled woodworker and had a lot of wooden furniture in the house which he made from scratch. He has now lost the whole workshop full of electric tools, saw benches, drills which he had collected over the years. Sadly Lawrie also lost his hearing aids in the fire, he relies on his hearing heavily when he is out walking with his guide dog so going out without hearing aids makes life really difficult and unsafe.

There are so many lost irreplaceable things in the house destroyed along with photos and family momentos . Among these precious things was Diana’s wedding dress, and our mother and grandmothers wedding dresses.Lost too was antique family jewellery, all Diana’s jewellery and special paintings and an antique encyclopaedia set from our grandparents.

This tragedy has had a major impact on Diana, Lawrie and their families life. They are heading toward retirement and we would love for them to be able to get back on their feet so they can move on and put this tragedy behind them.

I am Diana Carr’s sister and seeing the devastation & trauma of loosing all in a is hard. People have been amazing & want to help practically. Givealittle shows they are not alone & people care.

Diana and Laurie do have insurance, however the insurance will not cover the cost to get them back on their feet and replace the items they have lost.

Lisa on 11 Aug 2019
This is really sad and do noy know how i havent come across the give a little page for you guys before.
$100

Paying to a verified bank account of Diana Carr
Page Moderated The page has been checked by our team to make sure it complies with our terms and conditions.