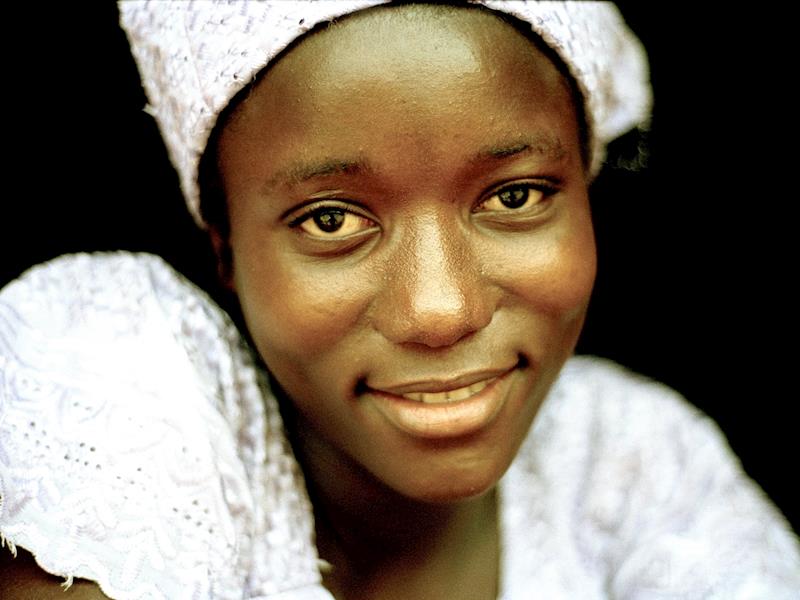 Given by 16 generous donors in around 5 months

Forced to become a child soldier for the rebels who killed her family and took her captive. Umu is now studying law and needs your help.

In February 2008, I went to Sierra Leone to document the stories of girls kidnapped by the Revolutionary United Front (RUF) who were used as sex slaves, and child soldiers during the civil war.

​On this trip, I met Umu. She was 15 years old. Umu became the face of the campaign and the story she told featured on 60 Minutes NZ. Since this time my family and I have supported Umu and her family.

Umu witnessed her Father's murder when the rebels attacked. The worst things that you can imagine happening to a little girl, happened to Umu. Over 4 years, she was drugged, raped and trained to kill. When she could Umu tried to escape but was caught, beaten, tied to a tree in the jungle and left to die.

Umu “I was tied up to a tree and I saw a big snake coming towards me, I was shouting, shouting but there was no one to rescue me, I saw a small dog, the small dog fought with the snake, and killed it.”

Eventually Umu freed herself and the dog who had a piece of rope tied around its neck led Umu out of the jungle to the safety of a village. The village was then attacked by the rebels and in the chaos and rampage Umu heard the cries of a baby coming from a burning hut.

Umu “I ran into the house and took that little child from the fire."

The young girl Umu rescued ‘Little Umu’ is now a teenager and doing well, Rocky the dog has passed and Umu is in her second year at Makeni University studying law. Umu's goal is to fight for women's rights, rights she never had.

Sierra Leone’s history of human rights, let alone equal rights for women leaves much to be desired and Umu faces many challenges in her chosen profession, but after a decade of knowing Umu, if anyone can do it…she will.

I visited Sierra leone two years ago on another project. When I met with Umu she told me her dream of becoming a lawyer. I promised to support her and help her dream come true.I have done many private fund raising activities in the past to raise the University fees and accomodation costs required for her but now desperately need your help to continue.

Below is a link to a story that includes Umu and embedded interview that tells her story.

I met Umu whilst making a documentary in Sierra Leone. Taken by the rebels she was made a sex slave and child soldier during the civil war. Umu is now studying law in order to fight for women's rights. I need help to pay for her fees.

All funds raised go directly to Umu to pay for her University and accomodation fees and living expenses.

Created by, and paying to a verified bank account of, Phill Prendeville on behalf of Umu Marah
Page Moderated The page has been checked by our team to make sure it complies with our terms and conditions.

Given by 16 generous donors in around 5 months