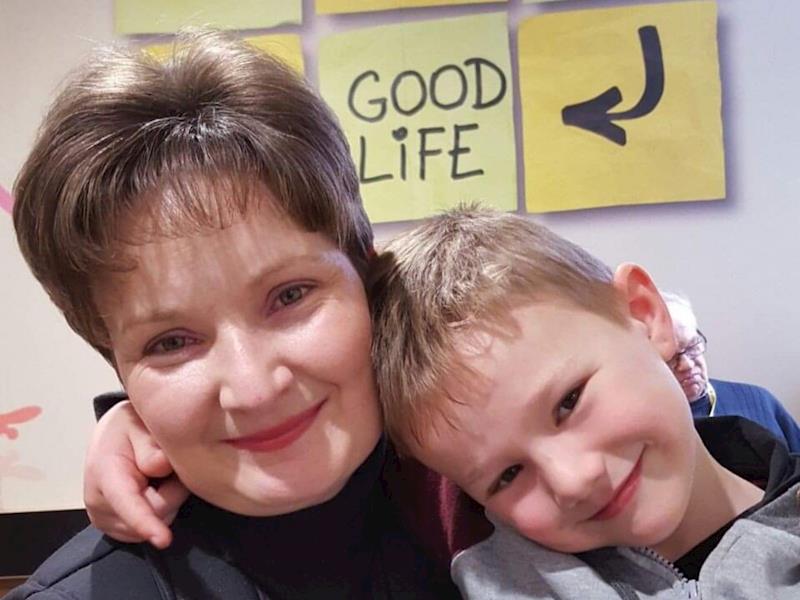 Given by 200 generous donors in around 8 months

Ilze is in her early 40's and is battling through cancer. Ilze is wife to Pieter and together they have Christiaan, 8 years old.

Ilze is in her early 40's and is battling through cancer. Ilze is wife to Pieter and together they have Christiaan, 8 years old. They moved to New Zealand to lay down roots and enjoy a peaceful and happy safer life away from South Africa, at the same time leaving her family and friends.

Ilze is a nurse who has devoted her life and career to caring for others. She has worked in Intensive Care and Oncology as well a others, providing and giving to others and their families and friends strength, compassion, support and extremel high standards of nursing care.

Unfortunately in May 2014 Ilze received shattering news and was diagnosed with High grade Adenocarcinoma of the ovary with Peritoneal involvement. So the journey began...

Ilze then found out the cancer was back receiving another 6 months of chemotherapy followed by Olaparib for 26 months. in the hope to be cancer free.

November 2018, Relapse. Since then, it's been a slow progress of the disease. At the end of March it was decided to undergo more cycles of chemotherapy. A Ct Scan May 2019 showed the cancer had only halted the progression but not responding to this current chemotherapy.

Ilze is coming to the end of options. It's harsh news. Ilze is now planning 12 cycles of Taxol chemotherapy which targets rapidly growing cancer cells and prevents them from dividing (funded treatment). However, in conjunction with this Ilze could have Avastin. Giving that cancer an added insult by starving the cancer of new growth blood vessels, including normal vessels and blood vessels that feed the cancer. THIS IS NOT FUNDED.

Throughout all her treatment, the past 5 years Ilze has remained positive, continued to work due to financial strains, providing quality nursing whilst at the back of her mind she has cancer herself.

She has shown amazing powers of self control, putting her own emotions aside, helping and being there for others. Ilze you are a true inspiration.

So to give Ilze the best chance of life and more time with Pieter and Christiaan, I am and all her work colleagues and friends are reaching out to all that know Ilze and perhaps those who don't, but who feel they could spare a little funding to make this possible.

I am a work colleague and good friend of Ilze's. Over the last few years I have worked alongside her while she has undergone treatment for cancer. I have watched her struggle on without complaining, continuing to care for others while coping with her own health crisis. I feel it's now time I help her.

Hi there all, Again thank you all so much for all your donations. Words alone are not enough to express gratitude. Ilze has started her treatment of Avastin, but at this stage unknown to how long this drug will be required, so continued donations would be amazing. There are amazing, kind and thoughtful people in this world who rise to the need. THANK YOU xxxx As well as donations, there are others who are unable to afford but who have given in different ways, equally as amazing. xx

Paying to a verified bank account of Ilze Schoonraad
Page Moderated The page has been checked by our team to make sure it complies with our terms and conditions.

Given by 200 generous donors in around 8 months