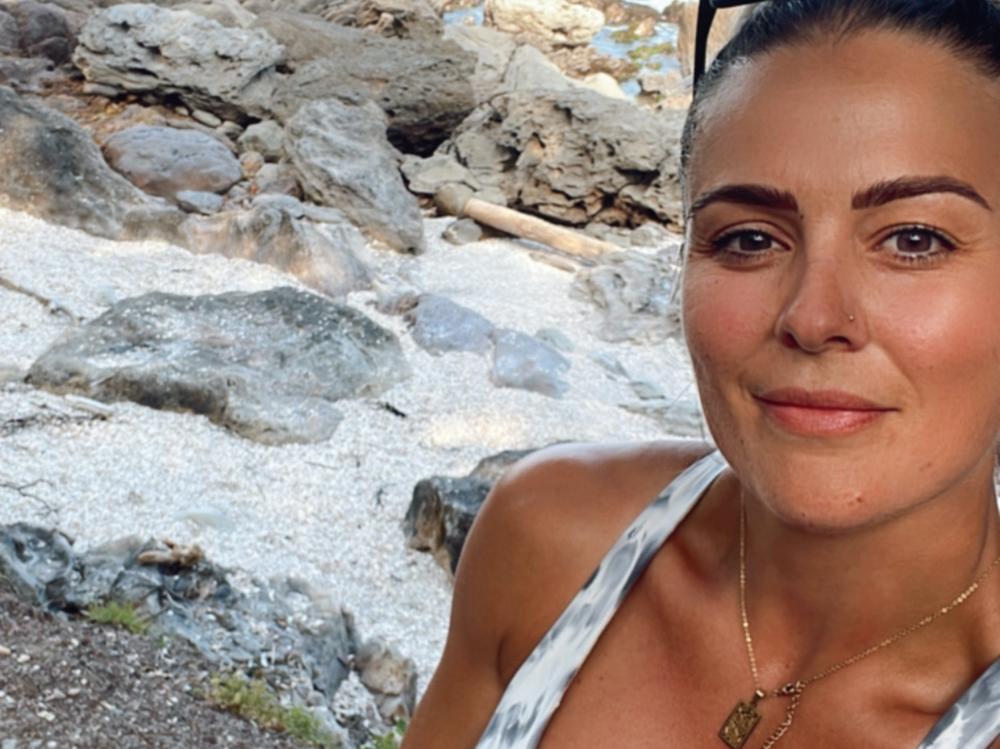 Firstly, thank you for taking the time to read my story.

My name is Tash, I am a mum of two beautiful kids, I work full time Coaching at and Managing a Crossfit gym and I have suffered from Endometriosis since 2018.

For those that don't know what Endometriosis is, it is a common inflammatory disease that is estimated to affect 176 million girls and women worldwide, and roughly 1 in 10 women in New Zealand. In most cases there can be symptoms including bad period pain, bowel problems, painful intercourse, tiredness, pelvic pain, sub-fertility or infertility. Some have no symptoms at all. Endometriosis occurs when tissue similar to the lining of the uterus is found in places outside of the uterus.

My daughter is now almost 5 years old (January 31st) and before I had her my periods were pretty normal. When Evie was around 2 years of age we started trying for another baby. It was also around this time that I was noticing my periods were getting heavier, lasting longer and becoming almost unbearable to cope with.The first few days of each cycle were unbearable. Some would be better than others but mostly it was the worst time of the month for me. I soon became distracted from trying to have a baby and just so obsessed with what was going on with my body. I felt like it was never going to happen for us and stopped talking to people about it as so many were quick to say, well you should count yourself lucky you have two beautiful children already. I am grateful that we have been gifted with our two children but that dosent make it any easier.

I had no idea what was going on and just believed I was unlucky with bad periods and maybe it was because I was getting older. I spoke to my mum and friends and no one seemed to be able to shed any light just offered support on how to try get by over those times. It got really hard when the pain was starting to happen outside my period and during times when I was exercising. This was my job, something I truly loved and I would be mid workout and it would come on like i was being hit by a bus, strong deep cramps that almost made me feel like i had to run to the toilet. It was debilitating and frustrating.

It wasn't until I had a new member join our gym and she had similar symptoms going on. she shared her story and ended up giving me the details to her specialist who she saw, Dr Padmaja Koya, a true saint. I had been to my GP numerous times, taken all sorts of pain relief, had numerous tests done with other specialists (endoscopy & colonoscopy), and finally I felt like someone knew what was going on with me. After a few physical exams and an ultrasound she advised that she believed I had endometriosis but would need to do the key hole surgery to be sure.

Exactly 1 year and 7 months ago I had my surgery and we discovered that I had stage 2 Endometriosis. She removed it all and we were told after 3 months we could start to try for another baby.

My first 12 or so months were great, everything started feeling 'normal' again and i could train comfortably with no pain. Some time after, we were starting to feel exhausted and confused. No luck still with baby making, going through a miscarriage and my painful heavy periods returned with a nasty vengeance. We are coming to peace with the fact that we may not conceive again, I am a believer that what is meant to be will be and we will just see what happens. We suspect my endo has come back and I am hoping to go back in for surgery this year.

I decided I wanted to do this challenge to try and help raise funds and awareness for Endometriosis New Zealand for all that they do. The support they give out is truly incredible. I also want to do this challenge for all the Endo warriors out there - you never know how strong you are until until being strong is the only choice you have. It can be a hard and lonely journey to be on if you don't know anyone who has experienced it before. I hope that my story helps others feel like its ok to share your story and that it is ok to ask for help. If there is something that dosent feel quite right with your body, keep chasing answers until you get them.

On Saturday 20th March I will be going up Mount Maunganui ten times with a weight vest (roughly 6kg). Each trip up and down should take me roughly 40-45 minutes if I keep a good pace so the entire challenge will go for roughly 7.5 hours.

Thank you for your support,

Thank you so much Kylie x

Too kind Ness thanks so much 🧡