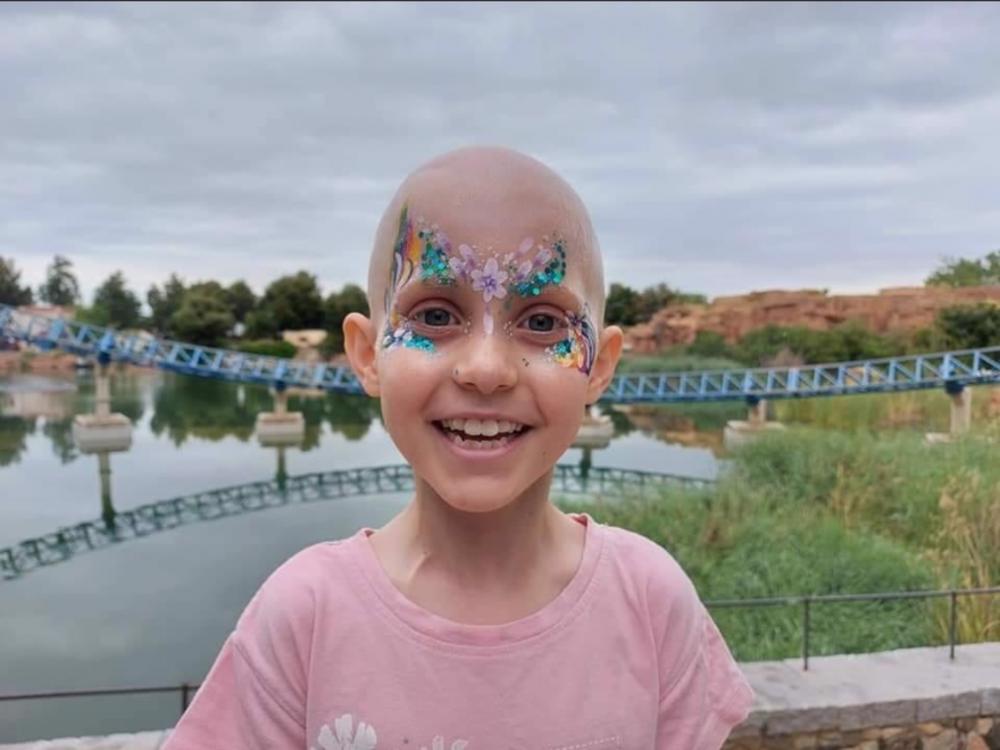 I am planning to walk 80,000 steps over 8 days, from 4th July-11th July, to raise funds for this beautiful inspiring 8 year old warrior princess, whose smile will light up any room she is in. The Beattie family are close family friends of more than 6 decades and mean the world to us.

Even the tiniest donation amount would be greatly greatly appreciated to help Hollie fight this battle and I thank you with all of my heart. ❤️ I know this last year has been financially hard for so many of us and I fully understand if you’re unable to donate.

Hollie’s journey so far which you can follow on the Hope for Hollie page :-

Beautiful Hollie was diagnosed with Neuroblastoma in July 2018 and has already undergone 3 years of intensive treatment against this rare form of cancer.

After an overwhelming fundraising effort late last year, enough money was raised to get Hollie over to Spain from New Zealand onto a trial to target the cancer in her brain and spinal fluid. Hollie arrived in Spain in January this year.

The trial unfortunately had to be stopped in April due to the cancer in Hollie’s bone marrow relapsing. The doctors have now managed to stabilise everything again and just last week Hollie started the first round of the treatment again which was extremely tough and painful for her and it broke my heart reading the updates of what she was going through. Hollie has more rounds of this treatment still to go and despite the amazing fundraising from all over the world, more fundraising is still needed to be able to cover these astronomical costs.

Please help us make this possible.

Thank you so much for your support.