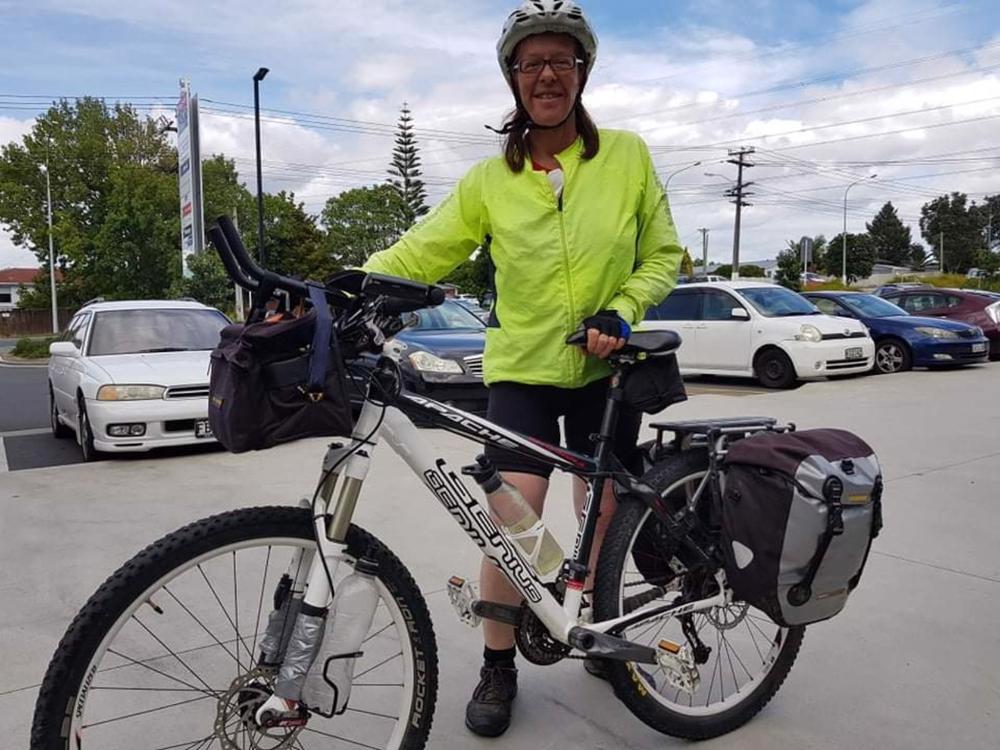 Footpaths are being overrun. Living Streets Aotearoa is working on a legal case against e-scooters on footpaths.

Celia loves cycling and walking. In 2017 she walked along Te Araroa, 3000 km from Cape Reinga to Bluff. This time she's taking a slightly different route, cycling the same distance. From the sand of Ninety Mile Beach to the roads of rural Wairarapa, the hills of South Island and the gravel of quiet roads, with a few necessary revolutions on State Highways, this will be a big challenge over about a month.

Living Streets Aotearoa has also campaigned against cars parked on footpaths and driveways masquerading as side streets. Right now we're working on a legal case against e-scooters on footpaths.

Tour Aotearoa interrupted due to Covid-19

Paying to Footpaths4Feet
Tax credit
Donations of over $5 are eligible for a New Zealand charitable giving tax credit.
Page Moderated
The page has been checked by our team to make sure it complies with our terms and conditions.