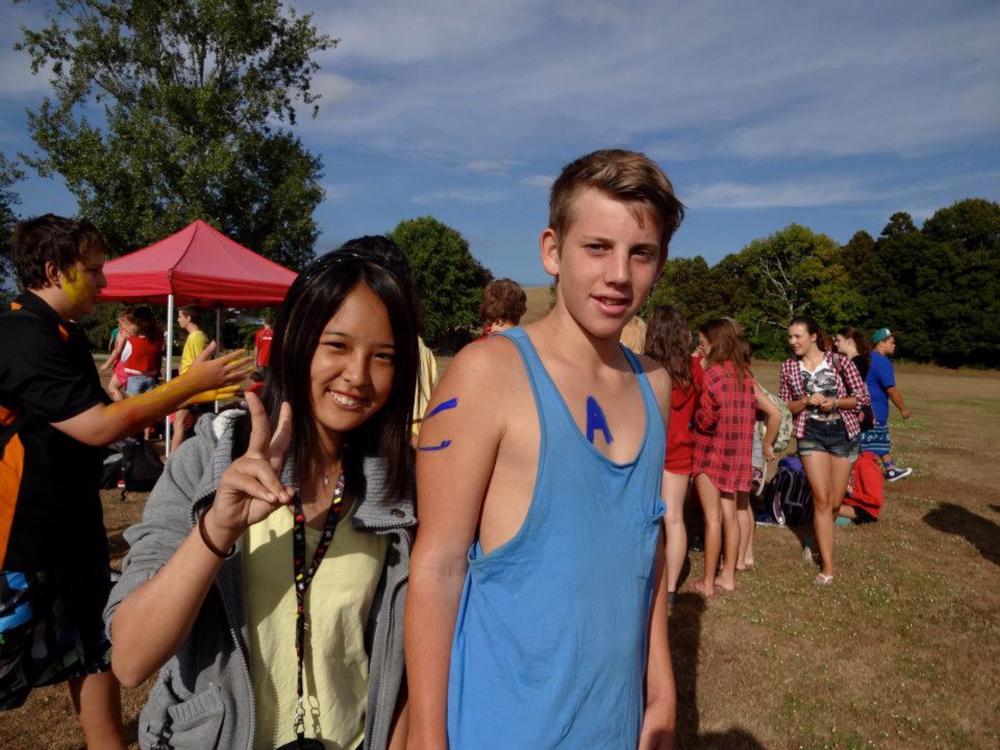 I am shaving my head in memory of my brother to raise money for Life Matters Suicide Prevention Trust.

On the 29th of February 2020, I will be shaving my head. Gone will be my shoulder length blue curls (or perhaps by that time they will be green, or black). Gone will be my ability to tie my hair up in a ponytail, or hide behind my fringe in a lecture and doze off. Instead, I will resemble an anthropomorphic kiwifruit or a budget version Sinead O’Connor. But all these are trivialities. I am shaving my hair off to raise money for Life Matters Suicide Prevention Trust, and it would mean the world to me if you could support me.

I actually did this a few years ago, on the second anniversary of my brother’s death. You see, my younger brother John took his own life five years ago now. It’s horrendous how quickly time slips past. It may seem cliche, but it feels like it was only last night that I received a phone call that almost stopped my heart. At eighteen years old, my dear, darling, gentle-hearted brother was no longer alive. I am haunted by his final moments.

I remember reading about the ever-persecuted Job, who, after losing his all his sons and daughters, his crops, oxen, donkeys, sheep, servants, camels and house, rent his mantle and shaved his head. In Hinduism, it is customary to shave one’s head to show one’s grief for the departed soul. Hair functions as a symbolic offering to the gods, representing a real sacrifice of beauty. I make no pretence to beauty, but at least by shaving my head I can make an outward sign of my love and grief for my brother. I could raise money by skydiving, bungee jumping, or abseiling down a skyscraper, but to be perfectly honest, I would enjoy those activities far too much. Shaving my head is my way of exposing what goes on in my head. It’s about making a physical change, about illustrating that suicidal ideation is often not visible.

Men are more likely to take their own lives than women. Traditional male gender roles - think of the “strong, silent, southern man” type - discourage emotional expression. The “toughen up”, “big boys don’t cry” attitude is hardly conducive to getting help. Certain men are also more vulnerable to suicide, including indigenous men, those vulnerable to PTSD, and gay and transgender men. Depression may also be underdiagnosed in men, and in addition they often do not disclose feelings of depression to their doctors. When men do talk to doctors about their mental health issues, they often describe their feelings as “stress” rather than “depression” or “hopelessness”, due to problems at work or in relationships. Men are also more likely to self-treat their depression with alcohol and other substances, and are more likely to use lethal suicide methods.

I want to amplify the conversation about mental health awareness, and to encourage people who have suicidal thoughts to talk to services and professionals who can help them. In 2018/19, 685 people died by suicide in our country, almost double the number of those who die by car accidents. A UNICEF report revealed that NZ topped the global teen suicide ranking. More than 12 people die every week by suicide in New Zealand. That is 1-2 people every day.

The numbers don’t end there, however. For every person who dies by suicide more than 100 people are affected. Take it from me: the ripple effect is misnamed. Grief isn’t a ripple; it’s a damned tsunami and those left behind can, and sometimes do, drown. But there are those who care. Life Matters Suicide Prevention Trust aims to reduce the rate of suicide and suicidal behaviour by promoting suicide prevention strategies. But they also community education and bereavement support. With Life Matters, I found a support system, compassion, kindness and understanding.

It is often impossible to “see” depression, anxiety or suicidal thoughts. A bright smile and cheery demeanor can hide a world of troubles - until it’s too late. Depression isn’t like a broken leg or appendicitis. There is no easy diagnosis or treatment, and people can feel awkward about supporting and celebrating your recovery. I don’t have all the answers, and there is no feasible way to help everyone I care about, I can do my bit by shaving my head and raising as much money and awareness as possible for Life Matters Suicide Prevention Trust.

Thank you for taking the time to reach this. Please donate if you can, share widely, and look out for others.

In September 2014, my lovely brother died from depression. He was only 18 years old. I want to raise money for Life Matters Suicide Prevention Trust to help prevent deaths such as John's.

Thank you so much Sophie! Your kindness is much appreciated!

Thank you so much Matt, I really appreciate it! :)

Thank you ever so much Robert, really appreciate it!

Thank you so much <3

Thank you so much Elliott! Really appreciate it :)

Paying to Life Matters Suicide Prevention Trust
Tax credit
Donations of over $5 are eligible for a New Zealand charitable giving tax credit.
Page Moderated
The page has been checked by our team to make sure it complies with our terms and conditions.