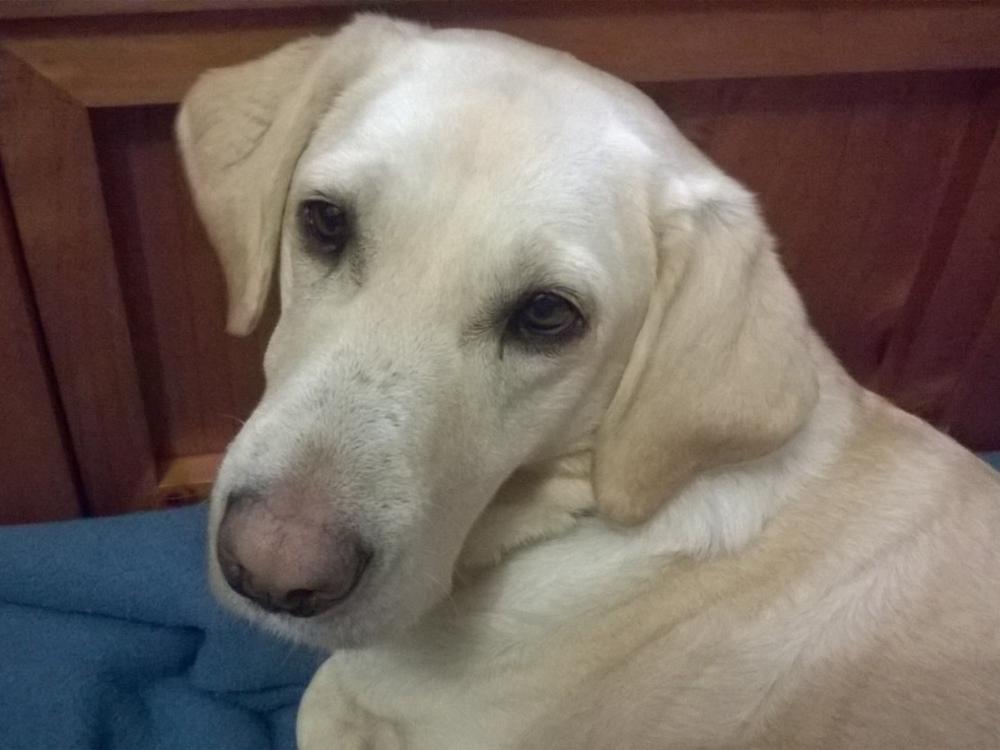 Please help me raise funds for Assistance Dogs New Zealand to pay for specialist training for dogs like Bindi.

Hi, I'm Helen. I have a number of health problems and disabilities including, lupus, psoriatic arthritis, and a sleep disorder, that sometimes means I injure myself in my sleep. This is really distressing when it happens, and there's not much I can do to stop it.

I've been lucky enough to have been matched with a beautiful dog, Bindi, who goes everywhere with me. She helps stabilise me when the muscles in my legs start to spasm, and picks up my walking stick (and other things) if I drop them. With time, I'm hoping she may be able to help with my sleep walking too. Having Bindi has given me a lot more confidence in going out by myself, as I'm not so worried about falling or being stuck somewhere on my own. I'm so thankful to Assistance Dogs New Zealand for bringing her into my life, and helping me to live the fullest life I can.

I'm involved because I received a dog from Assistance Dogs New Zealand to help with my severe sleep walking problem, and physical health and disability issues. 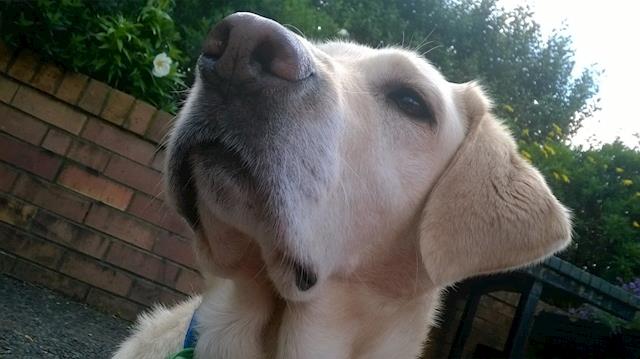 Strangers often come up to me and ask about Bindi. I mean, how could they not when she’s so cute? Most assume I’m training her, but when they find out she’s working with me, they generally have two questions:

How long have you had her? and How have you found it?

It’s hard to put into words how much of a difference Bindi has made for me. There are the obvious things. When my blood pressure is low or my joints are really sore, it’s such a relief to have her pick things up for me, so I don’t have to struggle down to the ground or risk passing out. When my legs are unsteady, having her beside me can keep me upright as we make our slow progress home. If I do end up falling, having her lying beside me with her head on my chest is a source of comfort and makes me feel less vulnerable. She’s not been trained to do this, but she has somehow learned to pick up when my blood pressure is dropping and lets me know by biting on her lead or nudging my hands. She generally notices before I do, giving me time to sit down and avoid passing out.

In the last few months, I’ve developed retinal migraines. These are episodes where I get lights and colours obscuring my vision for around 15-20 minutes at a time. As you can imagine, it can be quite scary not being able to see anything, but again, Bindi’s presence has been really reassuring. With the help of Julie from Assistance Dogs New Zealand, Bindi has been learning to do some guiding, and will now locate and take me to a chair when prompted. Knowing she can do this means I’m not so worried about one of these episodes happening while I’m out. I feel like we’re a team, and whatever happens, we’ll be able to handle it.

Of course, my original reason for applying for an assistance dog was my sleep disorder. This has also massively improved. I went from being genuinely scared that I was going to break my neck in my sleep, to having weeks where I don’t have any sleep disturbances. Having a person staying with me often made my sleep disorder worse, as their emotions and frustrations played into it, but Bindi’s inherently non-judgemental nature provides reassurance and comfort. When I do go sleep-wandering, I seem to do it in a less dangerous way now, as even if I’m running away from a nightmare, I factor Bindi into it. Whereas in the past I just got up and ran, often straight into a wall, my first thought now is to get Bindi away from whatever scary thing I’m dreaming. Since she’s reluctant to get out of bed in the middle of the night, it takes a while and gives me time to wake up properly. This isn’t something we could have predicted or trained her for, but it’s had such a positive effect regardless.

Then of course there is the emotional side of it. Having a soft little friend nearby at all times is just so heart-fillingly wonderful. I have so much love for Bindi, it’s hard to express. I don’t think there has ever been a time in my life before where I have laughed every single day. There is nothing like watching her play with her toys or do roly-polies down the bank at the park. She does so many funny things and is just generally so cute it makes me smile every time I look at her. If I am ever sad, just sitting on the floor with her and playing is the best thing to make us both happy.

Now, all of that stuff is great, but this is a situation where the whole equals more than the sum of the parts. The difference she makes to my life is just so much more than this. There really is only one way to describe it – life-changing.

One of my neighbours commented that he was amazed by the change he’s seen in me since having Bindi. He works near the park we go to several times a day, and so sees us out walking. He asked if Bindi was for my anxiety, as he said he was really impressed with the visible change in my confidence.

The funny thing is, I wasn’t aware that I looked anxious before, nor had I noticed a change in my anxiety levels initially. It took me a while to realise what it was he was picking up on. It’s like Bindi has freed up a part of my brain. In the past, a part of me was constantly occupied with worrying about the things I mentioned above – falls, dropping things, my blood pressure, my lack of sleep. Now, I don’t have to constantly assess whether my legs are getting unsteady or if I’m at all dizzy, or wondering what horrible dream I’m going to have tonight, because I know I have a safety net if something goes wrong.

This is a cliché, but it’s like I’m been able to let out a breath I didn’t even know I was holding. I’m able to relax in a way I’ve never had the freedom to do before, and I’m so incredibly thankful to Bindi, Assistance Dogs New Zealand and everyone who has donated to support my fundraising for that.

Thank you so much!

India on 30 May 2019
Thank you for my weighted blanket and for supporting this amazing cause!
Private
Helen Vivienne Fletcher

Thanks so much! Enjoy the blanket :)

Paying to Assistance Dogs New Zealand Trust
Tax credit
Donations of over $5 are eligible for a New Zealand charitable giving tax credit.
Page Moderated
The page has been checked by our team to make sure it complies with our terms and conditions.