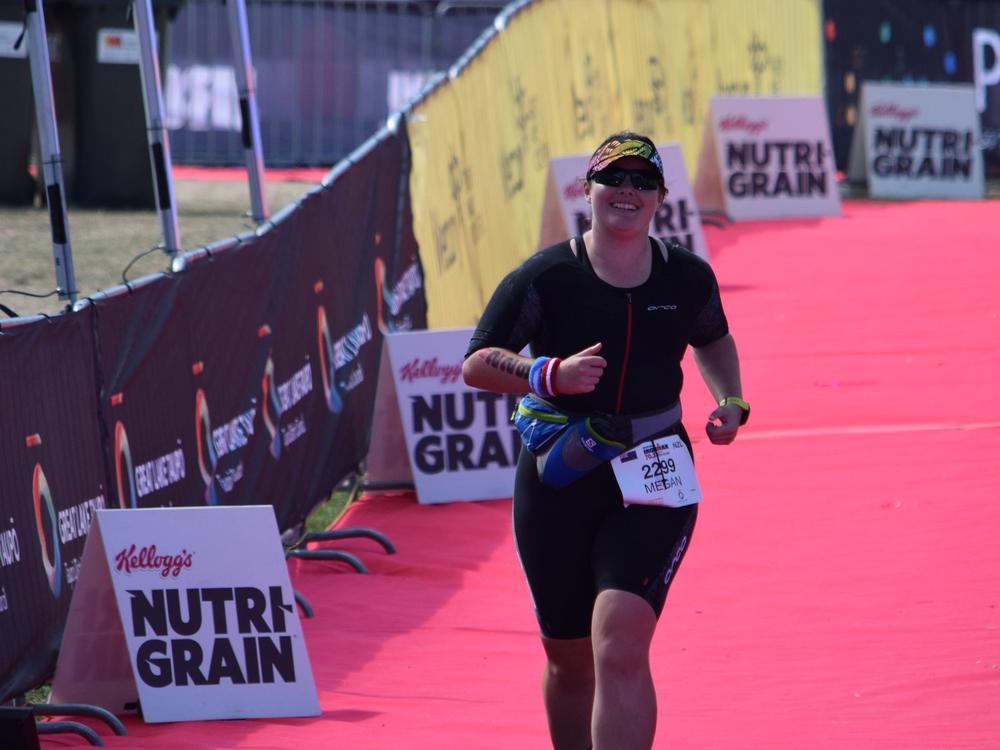 Training and completing a full distance Ironman in 2023 raising funds and awareness for Endometriosis and Endometriosis New Zealand.

I remember the first time I saw a video on YouTube about an Ironman event. It was 2014 and I was training for a marathon at that stage and had lost 20kg. The first thought when I saw the distances of Ironman, a 3.8km swim, 180km on the bike and a 42.2km run, I was in awe and thought, this is something other people do, it's not something I would ever be capable of doing. Of course, though, the question of what if came to mind. What if I could do this event which I thought impossible.

I had heard of endometriosis but never thought it was something I could possibly have. In hindsight, I had the signs though. My periods were always incredibly heavy and painful and I would often be sick during the first couple days. But I assumed that was something everyone went through. When I was 15 I went to a doctor and asked for the pill to stop my periods because I didn't want to risk having it on sporting camps or even a friends sleepover. Again, I thought everyone was like this. Quickly I stopped all sporting activity and did not re-enter any sort of training until I was 23, where again periods would often stop me from training so I attempted again to stop them with the pill however this had little effect.

The year after I completed the Auckland marathon my pelvic pain took a turn for the worse and I would have episodes of debilitating pain. Now concerned something might actually be wrong, but still never suspecting endometriosis, I started to push for answers. Since then I have had several cyst ruptures and three surgeries. I rediscovered triathlon in 2019 and started to test my fears and entered a half Ironman for 2020. I completed my first half Ironman in March 2020, and not long after the Covid-19 lockdown my symptoms started to get worse again. Before too long my pain was daily once more and two days after I finished the Queenstown Marathon I had my most extensive surgery yet. Four months later I stepped on the start line to my second half Ironman event and despite surgery the race went incredibly well. I took almost 25 minutes off my time from the year before and felt good most of the way. On the back of this, I committed to the one goal that scared me the most; entering the full distance Ironman New Zealand for 2022.

My goal is to use the Ironman and triathlon platform to raise awareness for endometriosis and fundraise for Endometriosis New Zealand who supported me in the lead up and following my third surgery. They helped me with my fears and apprehension. EndoNZ helps support thousands of sufferers throughout New Zealand and also provides education in high school about endometriosis and what to look for. This can completely change the outcome of someones disease if caught early.

I have been supported by EndoNZ in my own journey with Endometriosis.

I've almost reached six weeks post op now! I've been taking things slowly with getting back into training under the guidance of a physiotherapist. It's been a great opportunity to feel no rush and rehabilitate properly. Having an 'off season' after a race season of no races feels weird but also it's important to respect that I trained very hard over summer and my body needs a break.

Going forward it'll be a gradual return to training and prepping for what I think will be an amazing 2022/2023 event season! My endometriosis is along for the ride, and it'll no doubt keep throwing some hurdles, but I'm excited to get back into it!