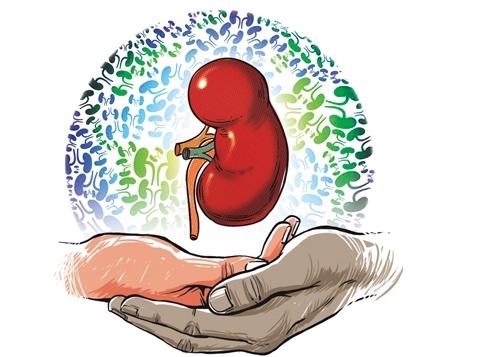 Help me raise money for Maddie to help her get a kidney!

Help me raise money for 12 year old Maddie who is in desperate need of a kidney transplant which she cannot readily get here in NZ.

I don't usually divulge my life stories, but this one has come to light and I want to do something for Maddie because it hits close to home. To those few that I have already shared this with, thank you for listening. For those that know me and do not know, it just goes to show that none of this has ever stopped me living my life.

At age 6, like Maddie, I went to the doctors with what everyone thought to be a case of hayfever. Puffy face, fluid around the ankles. Unfortunately, the news was much worse and I was diagnosed with renal failure. Nephrotic syndrome. Kidney disease. The prognosis was not good and my kidneys were failing. I went through various treatments in and out of hospital until finally dialysis was needed. All my family were tested to see if they were a match, but I was not so lucky. So, I got put on the waiting list for a kidney transplant from a cadaver (ie. someone had to die so that I could live) and started playing the waiting game.

Age 10, a catheter was inserted into my stomach for the first time and the dialysis treatments began. 4 times a day, 6 days a week. I did not have the luxury of a dialysis machine at this time and it had to all be done manually. I learned how to "hook" myself up to the bags of saline solution to my catheter, as I insisted that I do all the work rather than my parents most of the time. It would then drain a bag full of solution into my stomach where it then had to sit around mulling about before being emptied into a bag below. 4 times a day. My mornings were spent eating my breakfast while I "recycled". My lunchtimes were spent in the dental nurse's waiting room which was the only private place in the school. Sometimes my parents accompanied me, sometimes friends even braved hanging out with me. After school was then another recycling session and then just before bed. I don't remember the being a lot of time to socialise, but I did. I did get exhausted a lot of the time, but somehow I kept going. My parents were amazing. I can't say that enough. If they hadn't been as strong as they were, I wouldn't know what kind of state of mind I'd end up with.

I was put on waiting list to get a machine like the one Maddie has and finally, after about 3 years, it finally came. Yes, it did beep alot, yes it took a while to set up, but my days were suddenly free and it made me so happy. I don't really remember how I slept. I think I was just so thankful to not have to worry so much throughout the day.

I had two trips into the hospital where they thought they had found me a kidney, but each time they sent me back home again. Bearing in mind, it was a 45 minute drive to the hospital each time and it was usually at some ridiculous hour of the morning or night. These journeys into the night made me an emotional wreck. I was exhilarated at the prospect of getting a new lease of life and at the same time mortally terrified. On the third trip, when I was aged 14, they did not send me back. The tissue type was a match and they prepped me for surgery.

The road following has not been easy, but I keep on going. I live for each moment and I never take for granted the life that I am so thankful to enjoy. It has now been 21 years since my kidney transplant and I still feel the clock ticking but I don’t let that stop me. I want to show Maddie during her tough time that there is light at the end of the tunnel, that others have been where she is and there is always hope. Keep fighting and keep smiling.

So….to show that I can do just about anything with a kidney transplant and to show Maddie what she has to look forward to, I am doing some form of “physical activity” every day for the month of August. I will try to make it as exciting as possible, but I am still only human, so bear that in mind! As I have had my kidney for 21 years, I am also trying to make that a significant number with each activity, ie. 1 August equals 21 push ups! Check out my facebook page for photos of my antics or post suggestions! https://www.facebook.com/Raise-money-for-Maddie-1074787379275901/

By showing what lengths am I willing to go, I am hoping that you to will find it in your heart to donate to Maddie who deserves a kidney as much as I did. She received a transplant from her father but her body fought back and the kidney rejected. This meant that antibodies were developed and made accepting another kidney, specially a cadaver kidney, much less likely to succeed. NZ does not have a good system in place for live donation and as a consequence, Maddie is having to look to the United States for a life changing kidney (because you can buy whatever you like there!) You can see Maddie’s story here: https://www.facebook.com/groups/maddiecollins/.

I've been where Maddie's been. I was lucky enough to be given the chance of having a life and I want to show Maddie that the wait may feel long, but it is worth fighting for. I want to show her that you will get through it and there will always be lots of people around who want to support you.

Paying to Give The Gift Of Life To Maddie
Page Moderated
The page has been checked by our team to make sure it complies with our terms and conditions.