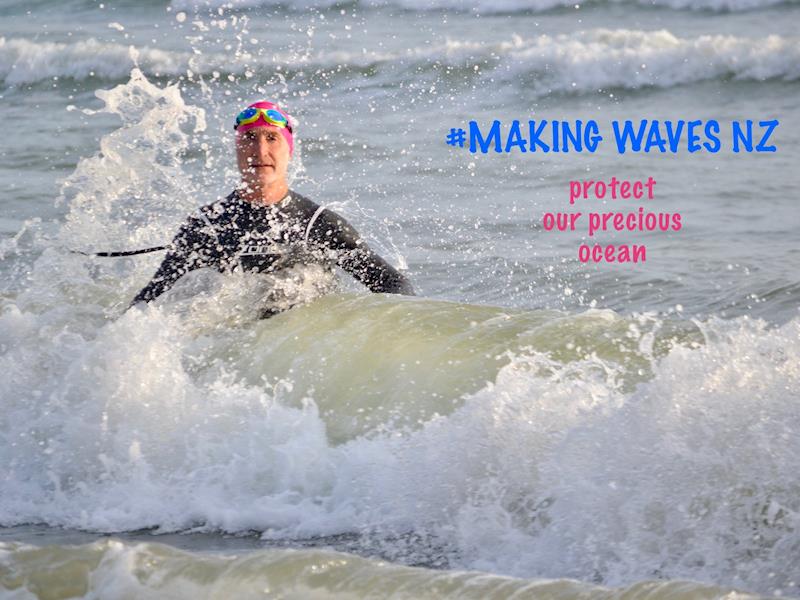 Our 26km ocean swim aims to raise public awareness about our precious marine environment and the threats it faces from seabed mining.

A HUGE OPEN CAST SEABED MINE IN THE SOUTH TARANAKI BIGHT

The legal battle to protect our ocean continues… We’re ahead, lets keep it that way.

Now we need to defend our High Court victory

Good people of New Zealand, we need your support to stop this

Support the marathon swim adventure,’MAKING WAVES’ an awareness and fund raising campaign to protect the ocean. Use this opportunity as a ‘call to

protect our spectacularly abundant and diverse marine ecology in the Bight - endangered Blue whales, Maui’s dolphin, Blue penguin and over 100 species of marine animal and plant life on nearby reefs

SOME THINGS ARE WORTH MAKING WAVES FOR

In September 2018 TTR announced they would challenge the decision in the Appeal Court. At the same time, KASM, Green Peace, Maori Iwi and co will cross appeal the High Courts decision to strengthen the case against seabed mining

Help raise $100k towards legal costs to stop the threat of seabed mining in NZ once and for all.

I am an environmental campaigner committed to protecting our precious marine environment in the South Taranaki Bight. Raising funds for KASM to go towards legal costs to defend the case against seabed mining proposal.

Confluence on 28 Jun 2019
We're delighted to donate 100% of the box-office from the 2nd screening of Making Waves on Thoughtful Thursdays in Confluence, Whanganui.
$340

Paying to Save Our Black Sands
Page Moderated The page has been checked by our team to make sure it complies with our terms and conditions.