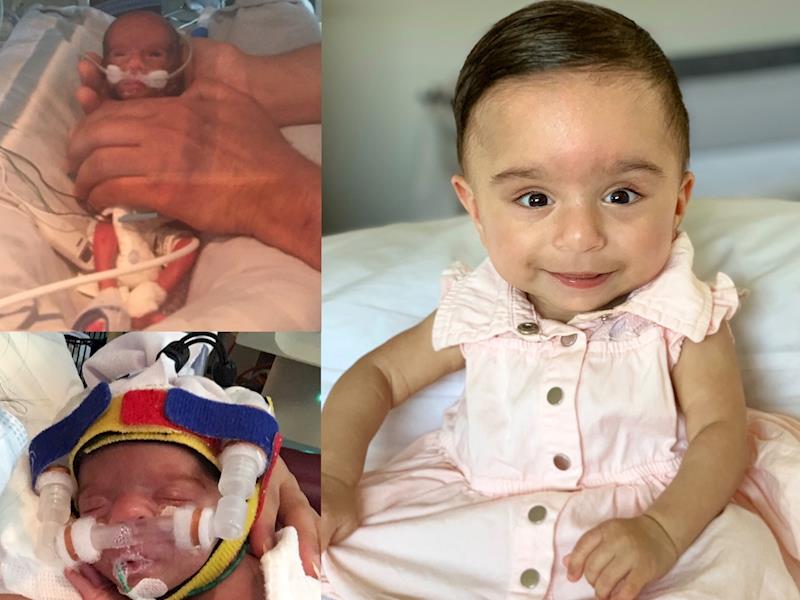 Tiny but Mighty baby raises money for The Neonatal Trust

Our miracle baby weighed 1 pound, but NICU helped us save her life. On her 1st birthday, please help us raise funds for the Neonatal Trust.

Every year approximately 10% of all babies are born premature (before 37 weeks gestation) in New Zealand. That’s one premature baby born every 90 minutes. There are also full-term babies whose condition or illness requires admission to a Neonatal Intensive Care Unit (NICU) after they are born. In all, over 5,000 babies have a difficult to start life in New Zealand each year.

Born at 29 weeks and weighing 490 grams (1lb 1oz), Amairah was given 30% chance of survival, with possible severe disabilities. The usual cut off for resuscitating premature babies in New Zealand is 23 weeks, however, not a lot of people know that there is a cut off for weight too, which is around 450-500 grams. She spent a total of 128 days in the NICU Auckland hospital, and is one of the tiniest babies born in New Zealand.

Before Amairah, we thought premature babies just sleep and grow in an incubator and go home after some time. We had no idea on what a NICU journey could be like.

On the 10th January 2019, during our meeting with the Maternal Fetal Medicine, we were given the dreadful news that no parents wish to hear. We were told that the baby was not growing well, the best case scenario would be to deliver at 30 weeks, worse case scenario - stillbirth.

We still remember that day when Kainat was admitted after a follow up scan to the hospital. The risk to both mother and baby was too high to send them home as Kainat had developed preeclampsia.

After spending 3 weeks in the hospital, waiting for the baby to grow while managing Kainat's blood pressure and vitals, Amairah was born through an emergency c-section. She came out with a little squeal, covered in blood, barely the size of a block of butter. She was then whisked away to be resuscitated by the neonatal doctors.

After the surgery, the obstetrician noticed that Kainat had a rare pregnancy complication called Velamentous Cord Insertion (VCI). It only occurs in 1% of pregnancies. It is when umbilical cord does not attach itself to the center of the placenta and therefore the foetus has restricted blood flow leading to growth restriction.

She’s had a rough start, but she is beating all the odds. We have an incredibly beautiful girl with the most contagious smile. She’s stronger than anyone we know.

NICU was a tough ride, for Amairah as well as for us, our families, colleagues and friends. To celebrate her first year of life, we need your help to raise funds for the Neonatal Trust, so they can continue to help families and support NICU needs.

NICU experience has humbled us and now we are very passionate about raising awareness for prematurity & Neonatal unit. As more awareness can lead to more donations and more technological advancement. The Neonatal Trust works to provide, and coordinate, support to families of neonatal (premature or sick full term) babies as they make their journeys through neonatal intensive care, the transition home, and onwards.

The Neonatal Trust does not receive any Government funding and are entirely reliant on the generosity of individuals, companies and organisations in the form of donations, value-in-kind donations, grants, sponsorship and fundraising events to supplement operating costs and fund their services and initiatives.

Our daughter Amairah was born 11 weeks early and spent 128 days in NICU Auckland Hospital. We would like to raise funds for The Neonatal Trust on her first birthday so they can keep on doing the amazing work that they do. 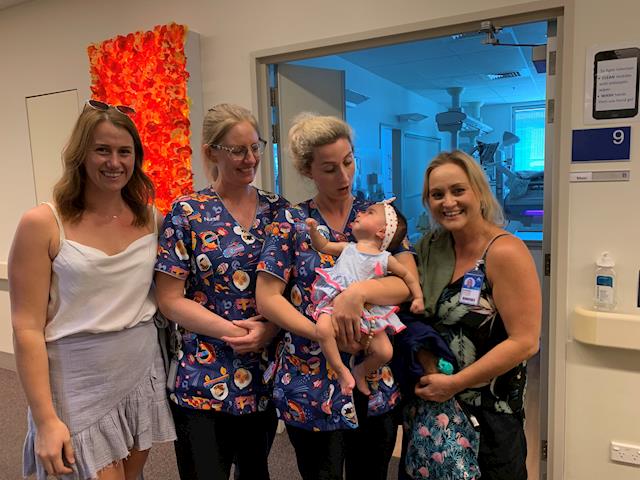 Our baby girl turned one today. Usually we can write long posts, but today we are really struggling to put into words what we are feeling. Her first few months had been challenging but watching her grow into an interactive & happy child brings us so much joy. We are blessed.

For her first birthday we went to NICU, to meet all the amazing nurses and doctors who looked after her. Our baby girl made it because Of NICU’s amazing care.

Thank you for your generosity. Every single dollar you donated can make lives of preemies and their parents just a tad bit easier. We are truly grateful.

We still have another few weeks of fundraising to go. So please keep on sharing this page so we can bump up the funds even further.

Thank you for your generous donation Mike!

Thank you for your generous donation Matt

Paying to The Neonatal Trust
Tax credit Donations of over $5 are eligible for a New Zealand charitable giving tax credit.
Page Moderated The page has been checked by our team to make sure it complies with our terms and conditions.