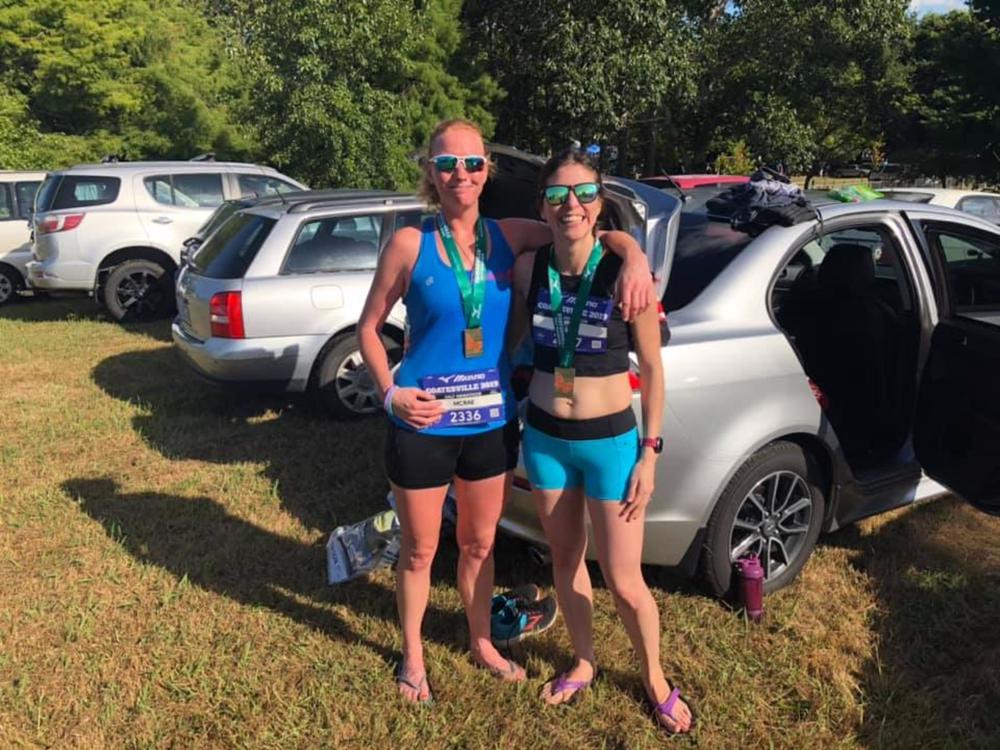 Running and Raising Money in Memory of Constable Naomi McRae

I'm raising money in memory of a friend who worked so hard to get her Boston Qualifier and lost her life before accomplishing her dream.

I met my friend Naomi on the other side of the world through a love of racing. I was planning to run a race in New Zealand while my family went on vacation 2 years ago. I needed a ride to the race and posted on the race’s facebook page to see if someone could help out.

Naomi responded kindly and picked me up even though it was out of her way. We hit it off immediately, her very sweet partner Richard may have been overwhelmed by this American who rattled on and on about running, but Naomi was right there with me, telling me about all her world majors and her struggle to achieve a Boston Marathon Qualifier (a tough feat for most runners).

We had a delightful day of running and race celebrating afterwards. I knew that this was a friendship that I’d cherish. I cheered Naomi on from afar as she made her BQ attempt and achieved it. We talked about potentially running Boston together. When Boston was postponed due to Covid I reached out to ask her how she felt about the news, I didn’t hear back. On the date when the race would have been I went to her facebook page and was devastated to find out that she had been in a car accident and had lost her life.

Naomi was a Constable in the police force who worked on the family harm team. Now that the Boston Marathon is happening in October I am running in her memory and raising money for domestic abuse victims in New Zealand. I have chosen The Women's Refuge New Zealand and hope you can donate to help folks who Naomi would have been helping.

Paying to Women's Refuge New Zealand
Tax credit
Donations of over $5 are eligible for a New Zealand charitable giving tax credit.
Page Moderated
The page has been checked by our team to make sure it complies with our terms and conditions.