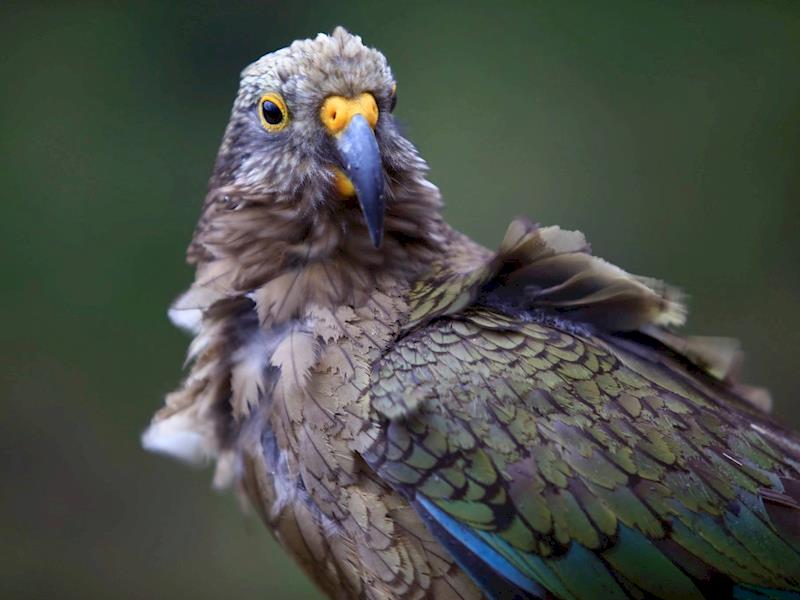 Te Araroa Trail To Save The Kea

March - May 2017 We are tramping the South Island Te Araroa Trail to raise funds for Kea Conservation. A Nationally Endangered Species

We are walking the South Island Te Araroa Trail to raise funds for Kea Conservation and to raise public awareness to the decline of the worlds only mountain parrot. The KEA is endemic to the Southern Alps and this is why our group has chosen to walk the South Island Te Araroa Trail to help stop the demise of another Nationaly Endangered Species. Kea numbers are declining due to a number of identified threats. As many of our members spend time in our beautiful Alpine country we thought this a very fitting cause and hope to raise enough funds to help make a difference in some small way.

We are the organisers, fundraisers and the walkers. This is a tramp of over 1700 kilometres. Starting from Ships Cove in the Malborough Sounds to Bluff, through undoubtedly some of New Zealand's most spectacular scenery but believe me this is no walk in the park. Major mountain passes, major river crossings, carrying everything you need to survive on your back, 2 1/2 months away from home. Some say a nightmare : we say an exciting challenge. Some will walk the full 1700 ks others may walk a week or two but it's all done to raise much needed funds to help save our wonderful mountain parrot THE KEA 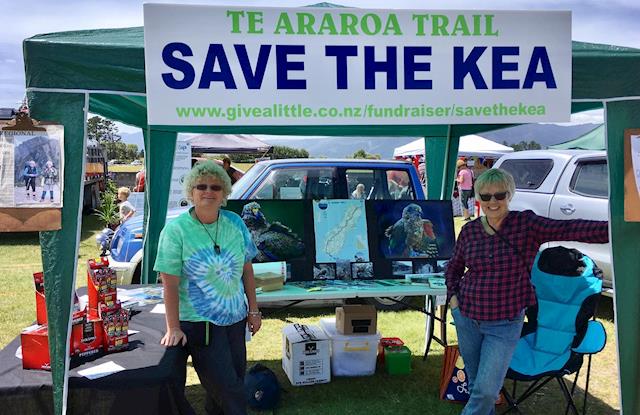 We have been actively out and about fundraising and getting sponsors for various things. We have been very lucky with sponsorship,from several companies to help us make the trek a little more comfortable and easy to organise. They include : Jack Links (beef jerky) : Aarn Design (body pack) : Lowa (boots and socks) : Ems Powercookies (1/2 price) : Backcountry Cuisine (trade deal) : Haraways (Steel milled oats enough for our breakfasts all the way) : Martins Mitre10 Westport (1/2 price gas) : Subway Westport (vouchers for raffle) : Westport Cafe's (Jae's : Gibby's : PRs for vouchers for A&P day) and all of you that have donated so far.

A great day at the Buller A&P show $175 in donations : Thank you

We are now leaving on February the 20th The Group of complete trail walkers now includes My Self Christine Wellington, Muriel Donald and Lissie Hogg. We have Debbie Aimes doing from Ship Cove to St Arnaud and Richard Rossiter joining us for two weeks in April to take some great photos, I'm glad I don't have to lug all that camera gear. Richard is the guy who has taken the magnificent photo we have used of the Kea at McKay Hut on the Heaphy.

Every little bit helps and I am sure that more people are now aware of the endangerment to our fiesty kea.

Paying to Kea Conservation Trust
Tax credit Donations of over $5 are eligible for a New Zealand charitable giving tax credit.
Page Moderated The page has been checked by our team to make sure it complies with our terms and conditions.