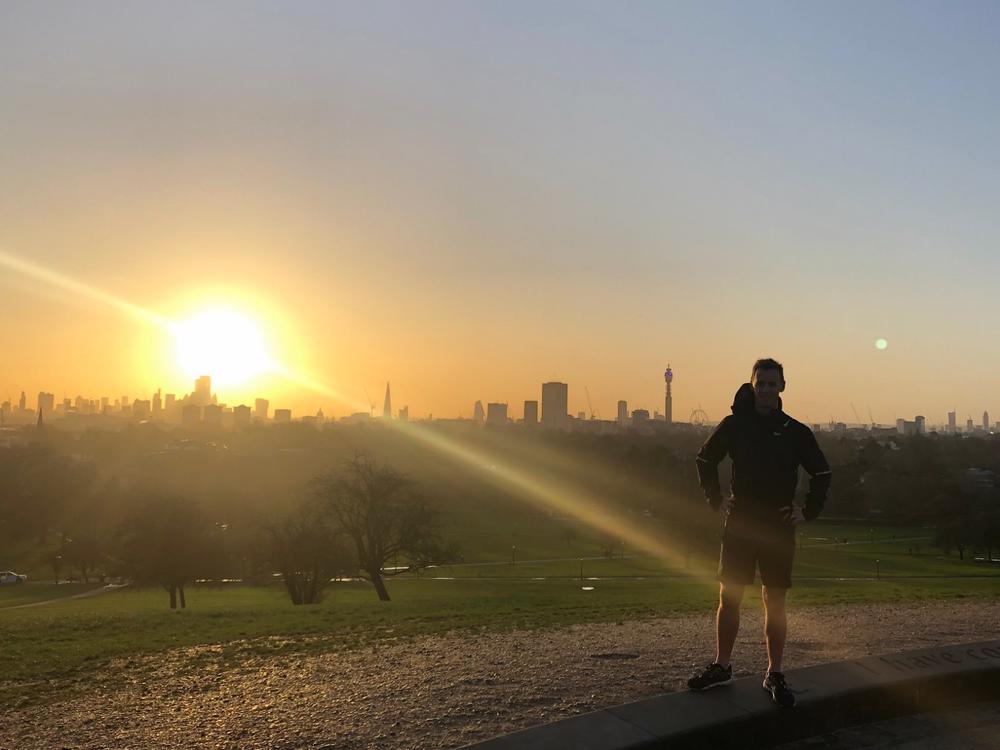 Simon Runs a Marathon To Raise Awareness of Domestic Abuse

Thanks for visiting my page and taking the time to learn more about why I have decided to run 42.2km to raise awareness of Domestic Abuse.

*UPDATE: Unfortunately the Paris Marathon (which I had been training for and was due to take place on 5 April) has now been postponed until late October due to Coronavirus - I will therefore now be racing in the Guernsey Island Marathon a week earlier on 29 March.*

WHY AM I DOING THIS?

The main driver has been finding a way to do something to raise awareness for domestic / family violence. It is a massive problem globally, and particularly in New Zealand. Further, on a personal level, it is something which has caused immense pain and anguish for my family in recent times. I'm running to raise money for two amazing organisations (Women's Refuge and Shine) which are doing a huge amount of work in supporting victims of domestic violence as well as educating the community as a way of tackling the problem head on.

This will be my first marathon and will be a real challenge for me (especially training through the bleak Northern Hemisphere winter - lucky I have a few good mates who I've been training with!). But although it will be grueling in many ways, this all forms part of my motivation and determination to get it done for the causes i mention above.

Below are some of the most shocking and eye-opening statistics which paint a grim picture of our domestic violence epidemic:

o In 2016, police investigated 118,910 incidents of family violence in New Zealand – that’s about one every 5 minutes.

o The WHO estimates that almost 1/3 of woman globally have experienced some form of intimate partner violence.

o It is estimated that around 76% of family violence incidents are NOT reported to police.

o Responding to family violence accounts for 41% of a frontline Police Officers time in NZ.

o Each day the courts in NZ deal with around 20 prosecutions of assault on woman by men.

These statistics above paint part of the picture, but awareness also needs to be raised of how the cycle of abuse that is so common in domestic violence situations can develop so that effective support can be provided.

o Awareness needs to be raised that domestic violence is almost never a one off. It is about exerting power and control over a victim and is a build up of sustained mental, emotional and physical abuse. It takes an extraordinary amount of courage for the victim to break the cycle and leave, not go back and, further still, to report the abuse to police. The emotional abuse can take many forms. It might be through constant put downs or blame being laid against the victim by the abuser for their actions. Or it might be through the abuser taunting to victim that they could never leave, and creating a feeling of dependence which would make it seem impossible for the victim to start a new life. Or perhaps there are children involved and the victim feels like they need to try and hold the family unit together, no matter the cost. Whatever the situation, it is no co-incidence that the Women's Refuge is fielding 73,000 crisis calls a year; it should not get to the point of crisis.

o Awareness also needs to be raised that the emotional abuse and controlling behaviour that often accompanies the physical violence doesn't always stop when the victim does find the courage to leave. There is often an inability of the abuser to take responsibility for their actions, a constant deflection from the inherent violence and abuse issues and a reluctance to let the victim move on with their life. There is often support for the victim during and in the immediate aftermath of physical violence episodes, but it is vital that awareness is raised that sustained, longer term support is also needed.

WHAT ARE THE CHARITIES I AM RAISING MONEY FOR AND WHAT DO THEY DO?

I have deliberately chosen to support two charities that provide much needed practical support and advocacy to victims both in the immediate crisis / aftermath, but which are also seeking to educate and train the community (including children) as a way of trying to break the cycle of domestic abuse.

Women’s Refuge is an organisation in New Zealand that provides a range of support for woman and children who have fallen victim to domestic violence. It provides safe houses; 24 hour crisis phone lines; confidential support and advice; advocacy when dealing with police, legal, court, WINZ, housing, doctors, immigration and schools; referrals to counselors, doctors, lawyers and other support services; education and support groups for women and children about living free from violence as well as Information and presentations to community groups, schools and workplaces.

More information can be found at https://womensrefuge.org.nz/

(a) victims of domestic abuse through a free national helpline, crisis advocacy services and refuges;

(b) children exposed to domestic abuse through their “KIDshine programme”

In addition, Shine also raises awareness, trains and educates about domestic violence and helps others to provide more effective support for victims of domestic violence through training in the community, the workplace and in schools.

More information can be found at https://www.2shine.org.nz/how-shine-helps/shine-services

I really appreciate you taking the time to visit my page and read about my motivation for the Paris marathon. Thanks for all your support.

Domestic violence a massive problem globally, and particularly in New Zealand. I am running to support two organisations that are doing a huge amount of work in supporting victims as well as educating the community in order to tackle the problem head on.

Thanks for all the support and the generous donations received so far. Unfortunately the situation has changed dramatically in the last 10 days with the spread of Covid-19 which has meant the Guernsey Marathon has now also been postponed until October.

Given the uncertainty around what further isolation measures may be enforced in the coming weeks in the UK, i've decided to shave the final two weeks off training and run the marathon distance around London this Sunday 22nd March at 9am. I've attached the 42.2km route below which takes in Regents Park, Primrose Hill, Hyde Park, Battersea Park, part of the Thames Path, St James Park and finishes up in Victoria Park. Anyone London-based who wants to come down and run a few kms with me give me a shout!

Clearly not the outcome I was hoping for, but despite the circumstances (and provided we aren't at the stage of a total lockdown in the next 72 hours) I'm determined to get this done in order to help raise awareness of our domestic violence problem.

Thanks for the ongoing support and hope everyone is doing ok. Now for three days of tapering....

Guest Donor on 29 Mar 2020
Good work Simon. I know how much you and your family have suffered from the effects of Andrew’s domestic violence.
$50

Created by Simon Inder
Donations to this page will be split evenly between 2 payees:

Paying to Women's Refuge New Zealand
Tax credit
Donations of over $10 are eligible for a New Zealand charitable giving tax credit.
Page Moderated
The page has been checked by our team to make sure it complies with our terms and conditions.