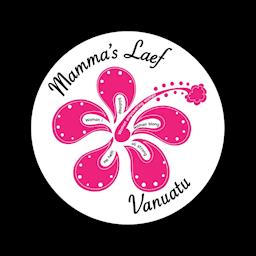 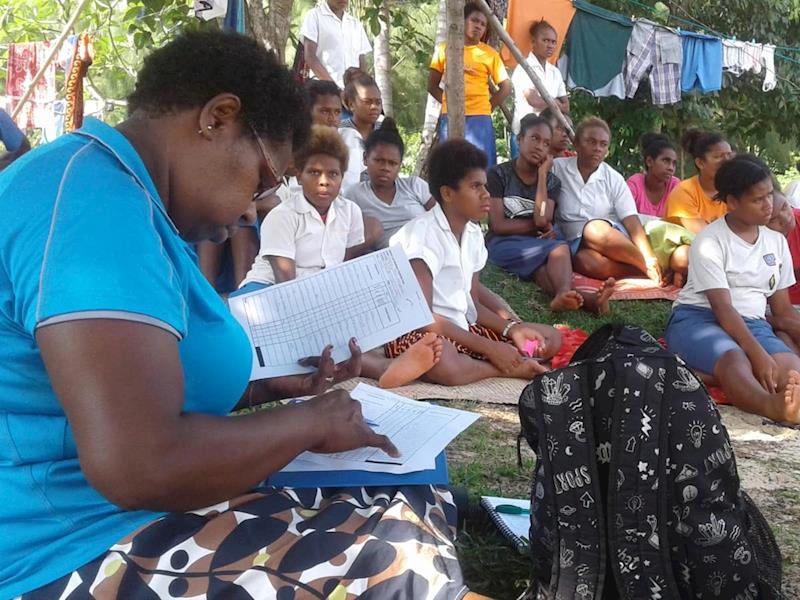 Your donation to Mamma’s Laef Charitable Trust will enable women of all ages to receive, made-in-Vanuatu, reusable sanitary pads which last 3 years; alongside menstrual health education sessions. Your donation will be used in the supply of packs of pads ($25 per pack) for distribution to women of all ages in communities across Vanuatu. Since 2016, Give A Little fundraising has already donated 200 packs.

Many females in Vanuatu are unable to join in daily activities when they are menstruating. Girls stay away from school, women are unable to prepare food for the family and some women are sent to separate houses to rest in, away from the family. Some of the cultural taboos around menstruation make it difficult for women to fully reach their potential. Mamma’s Laef may not be able to change all of those but what we can do is, provide women with dignity during menstruation, by supplying her with environmentally friendly appropriate menstrual products.

Your donation will help us to give ni Vanuatu women access to quality and clean menstrual products. Products which are sustainable, environmentally friendly and being made in their own country, therefore increases economic outcomes too. Locals providing menstrual health education is a gamechanger, empowering women to take control of their lives.

Mamma’s Laef is the result of a question which was asked by Belinda Roselli (the Founder), in the wake of Cyclone Pam (March 2015). “In times of natural disaster in Vanuatu, what do women use for their monthly period?”

During 6 months of research, the answer became clear; menstrual pads were not easily accessible at any time for many rural living women in Vanuatu, resulting in women of all ages, not being able to fully participate in daily activities. Alongside the lack of menstrual resources, were the cultural taboos and confusing messages about menstrual health.

A partial solution was developed in Vanuatu; a locally managed group who sew reusable sanitary pads, that are cost-effective, convenient, comfortable and eco-friendly. The second important factor was later introduced; during delivery of pads in communities, the Mamma’s Laef team, chatted about menstrual health.

As a result of being awarded recognition in the Frontier Innovators programme in (DFAT) in 2018, Mamma’s Laef Charitable Trust was formed, to formally support the development of Mamma’s Laef Vanuatu (a ni-Vanuatu owned and operated social enterprise, trading as a business). Together the two entities have a VISION to be “Supporting women to control their future”. Our Mission Statement describes how we do this; “Mamma’s Laef empowers women by providing sustainable menstrual products, creating social enterprise, and breaking taboos about menstruation.”

Funds raised by Give A Little are tagged to be used in the supply of packs of pads for distribution to women of all ages in communities across Vanuatu.

In Memory of Katherine Stirling Kerr Cawsey   26 May 2020

We were recently approached by our friends Sarah & Dave of The Story Boxes in Brisbane. An elderly friend of theirs, Katherine had recently passed away at the incredible age of 102. Born in Vanuatu (known then as New Hebrides) in 1917 and lived there as a young child, before her family returned to live Australia.

Knowing the connection which The Story Boxes had with Vanuatu – Katherine’s family asked if there was a charity which they knew of which might receive donations in memory of Katherine.

This is how we became connected.

But the story goes beyond this connection in 2020.

From 1919, the Kerr Brothers had a trading business and become plantation, store and ship owners trading throughout and beyond the New Hebrides Islands (as Vanuatu was known then). The business was run by Katherine's father, his sisters and his brother.

Katherine wrote several books over the years, giving an interesting history of those times. A time when labour trade was happening, something her family did not participate in. In fact the family enjoyed a good reputation among Islanders, settlers, traders and some colonial officials and missionaries.

Katherines’ family were at one time, based in a small village on the east coast of Santo – Hog Harbour. That is the village of Mary from Mammas Laef.

Mary Kalsrap whose mother’s family, the Reuben’s, gifted land to Katherine’s family. It was there that the Stirling house was built. The house has long gone, and today, on those foundations of the Stirling house, is the house of Mary’s uncle.

It is indeed a small world. One in which we so often find a link between ourselves and so many others.

We would like to thank and acknowledge the family and friends of Katherine Stirling Kerr Cawsey who have generously supported Mammas Laef Vanuatu.

It seems fitting that the donations will take the form of practical relief for women who have suffered such a lot as a result of the early April 2020, category 5, Tropical Cyclone Harold. Menstrual pads, made in Vanuatu will soon be transported to remote communities who are very much in need of our products.

We get the sense that Katherine would approve of the concept of Mammas Laef – supporting women to take control of their future.

Created by, and paying to a verified bank account of, Mamma's Laef Charitable Trust (Charity)
Registered Charity A Registered Charity has legal recognition under the Charities Act 2005.
Tax credit Donations of over $5 are eligible for a New Zealand charitable giving tax credit.
Page Moderated The page has been checked by our team to make sure it complies with our terms and conditions.