Construction of a High Performance National Training Facility at the National Equestrian Centre in Taupo. 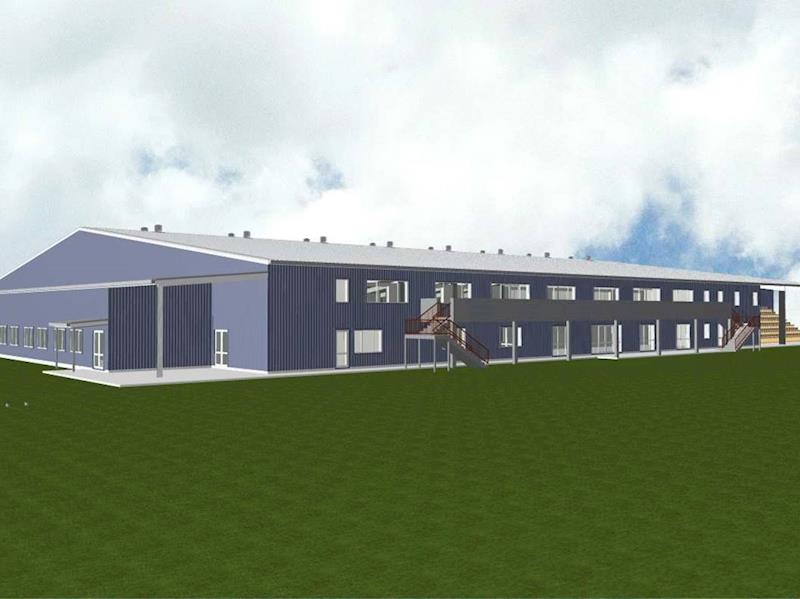 We have had the designs prepared for the new Centre. It will be a massive 3500m2 single span construction and will provide Olympic level facility for our National High Performance Equestrian Team to call home. The Centre will also have function and conference facilities, indoor and outdoor grandstand seating and all the 'human facilities' required!

We require $1.8m to build this Centre and have already secured $1.6m. We're hoping that you can help us to ensure the success of this project - every dollar donated is gratefully received.

The aim is to create a Hub of Excellence for Horse Sports (similar to Rowing NZ & Cycling) and to future proof the NEC Taupo by providing state of the art facilities for horse / riders and spectators. The new venue will be able to be used by other community members for a wide range of other events and activities... like Indoor Polocrosse, Motor Home Shows, Scout Jamborees, Kapa Haka Champs, horse training clinics, horse sales, A&P Shows & Field Days, Rugby / Soccer training, Food & Lifestyle expos, Dog Shows, Rodeo, Vintage Car shows and more. The use of the non-equestrian activities will be similar to Otago Equestrian Centre, RDA Canterbury, Manfield Fielding and Mystery Creek Hamilton.

Our goal is to be Australasia’s destination of choice for all those involved in equestrian sports; to provide a Centre of Excellence for equestrian activities; to operate a premier event and training facility in Taupo; to operate a financially sustainable facility that meets an identified need; to futureproof the current centre in Taupo and to integrate with other community users.

“A key factor in maintaining our international success is to further develop the sport in New Zealand, to do this, world class facilities and arena surfaces are required to deliver competition and training that matches the rest of the world”.

The National Equestrian Centre Taupo opened in 1975 and has been a Equestrian Sports NZ (then called the NZ Horse Society) since. Over the years there have been many developments and improvements made to the ninety acre block just north of Taupo... but nothing as significant as the current project.

The centre is used year round for local, regional, national and international equestrian events, and is also increasingly used for other outdoor activities. 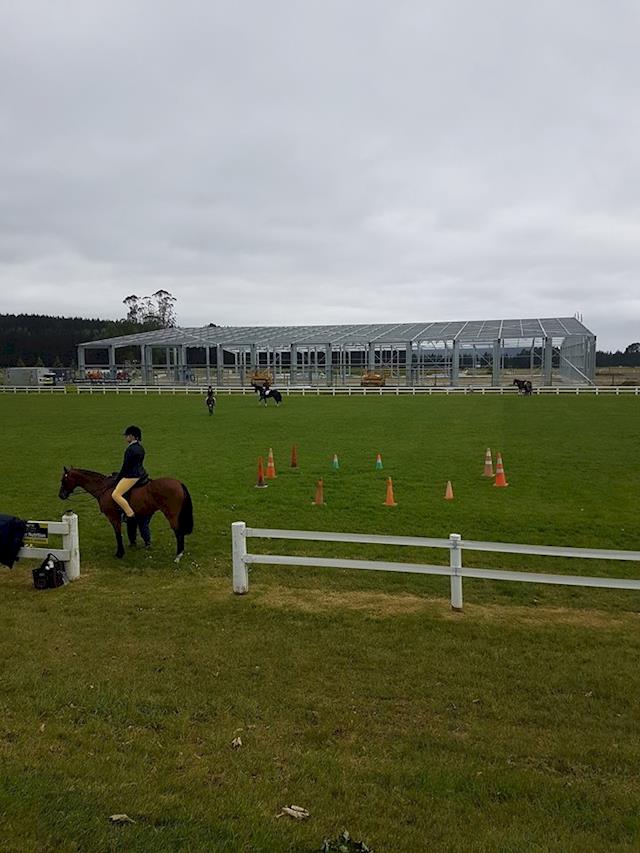 The new Indoor Arena at the Fiber Fresh National Equestrian Centre is certainly taking shape, with the facility expected to be open and fully functional by May 2017.

Two giant concrete pads were laid back in April that form the base for the building, with a massive single span steel superstructure completed earlier this month.

The next stage is the roofing and cladding which will be complete by the Christmas Classic event (17-18 December).

In the new year, the internal fit out will commence, with a commercial kitchen, ablution facilities, offices and conference rooms included in the 3500m2 facility.

The entire project budget is $2.16m – which includes upgrading the covered yards and resurfacing the outdoor arenas. The new Indoor Arena is being completed in stages;

Stage 1 – Steel construction with internal fit out at ground floor level, including kitchen & ablution facilities ($1.71m - due for completion March 2017)

Stage 2 – Mezzanine floor fitout and seating areas, including 1200 Auditorium seats and three conference areas ($200,000 - due for completion May 2017)

With $1.76m currently secured, ESNZ board member and NEC Taupo convenor, Wallie Niederer is currently seeking commercial sponsorship for the centre to secure the balance of funds required. A full package of sponsorship options, with wide ranging benefits, is available and Wallie would welcome a conversation from any business interested in becoming involved.

“We have a comprehensive partnership programme for the new arena, with tiers of sponsorship available from small supporters through to large corporate ‘naming rights’ packages.” Said Wallie. “By supporting this new national arena, your business will receive increased brand awareness within a clearly defined target audience, and provide you with opportunities to connect with like-minded businesses and individuals.”

The aim of the new arena is to become the Equestrian Centre of Excellence for New Zealand, and become the home of high performance equestrian athletes in the future. This vision has been well received by the wider equestrian community, and has been bolstered by the announcement that Jock Paget is moving to Taupo to base himself at the NEC from next year.

Jock won a bronze medal in team eventing at the 2012 Olympics and in 2013 he became only the second rider to win the Badminton Horse Trials on debut. The only other New Zealand eventer to achieve that feat was Sir Mark Todd.

Jock is still focusing on his selection for the New Zealand team at the next Olympic Games in Tokyo but he is eager to get into coaching and the new centre provided a top-quality platform to base his career off.

"It makes the most sense to be based near Taupo and particularly the National Equestrian Centre where there is a lot of exciting developments going on," he said. "I think it will be the place to be."

He will be bringing his horses Angus Blue and Clifton Promise with him.

Created by, and paying to a verified bank account of, National Equestrian Centre (Taupo) (Charity)
Page Moderated The page has been checked by our team to make sure it complies with our terms and conditions.