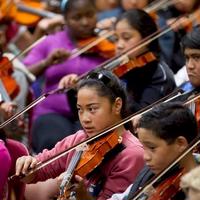 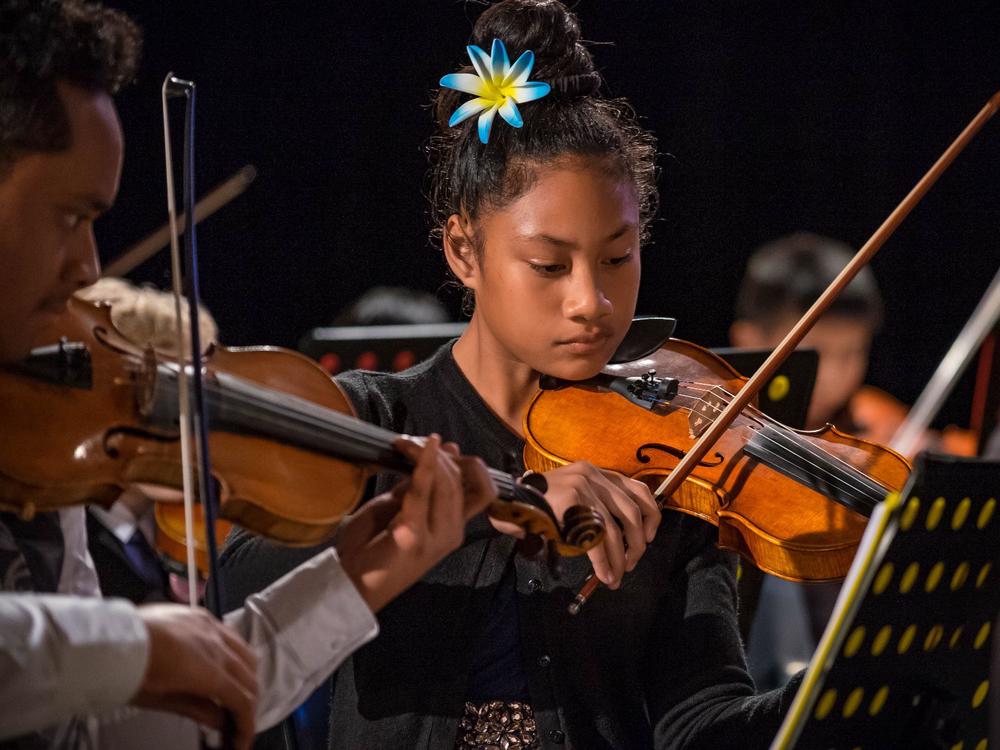 In the past year alone over 300 Porirua East students have participated in free Virtuoso Strings music programmes.

Orchestra members performs at dozens and dozens of community events throughout the year.

In April 2019 we took 60 kids on an orchestra tour to beautiful Whanganui, and last month (July) we took a full busload of kids on a memorable trip around Northland with free concerts in Kaikohe, Kaitaia, Kerikeri and Whangarei.

Watch real social transformation take place before your eyes as students grow their self esteem, their sense of achievement and their sense of belonging, in an enriching and supportive community environment.

In the 2015 Regional Community Awards, Virtuoso Strings won the Supreme Porirua award as well as the overall Wellington Youth and Education award.

Virtuoso Strings founders, Dr Elizabeth Sneyd and Craig Utting were the 2015 Wellingtonian of the Year winners in the Community Service category. They have also both received Queen Service medals for services to Music Education, Porirua City Civic Awards as well as NZ of the Year Local Hero awards.

In 2018 Elizabeth was the inaugural New Zealand Music Teacher of the Year.

We are a registered and incorporated charity (CC50199) established in 2013. We provide free instruments, ongoing music tuition and an after-school programme to students at low decile schools in Porirua East. We have established a vibrant youth and community orchestra in Porirua. We perform at literally dozens of community events each year around Porirua and Wellington. We are 'inclusive' in every sense of the word. We are committed to creating an environment where all youth can feel supported and will thrive. We have an unorthodox, holistic, and fun-loving approach to education with proven results. Our students enjoy being part of the Virtuoso 'family', and over time their self-esteem, confidence and achievement soars.

Tamara on 02 Jul 2021
THANK YOU for your beautiful performance at Old St Paul's.
Private

Created by, and paying to a verified bank account of, Virtuoso Strings Charitable Trust (Charity)
Registered Charity
A Registered Charity has legal recognition under the Charities Act 2005.
Tax credit
Donations of over $5 are eligible for a New Zealand charitable giving tax credit.
Page Moderated
The page has been checked by our team to make sure it complies with our terms and conditions.

Want to get in touch with Virtuoso Strings Charitable Trust?