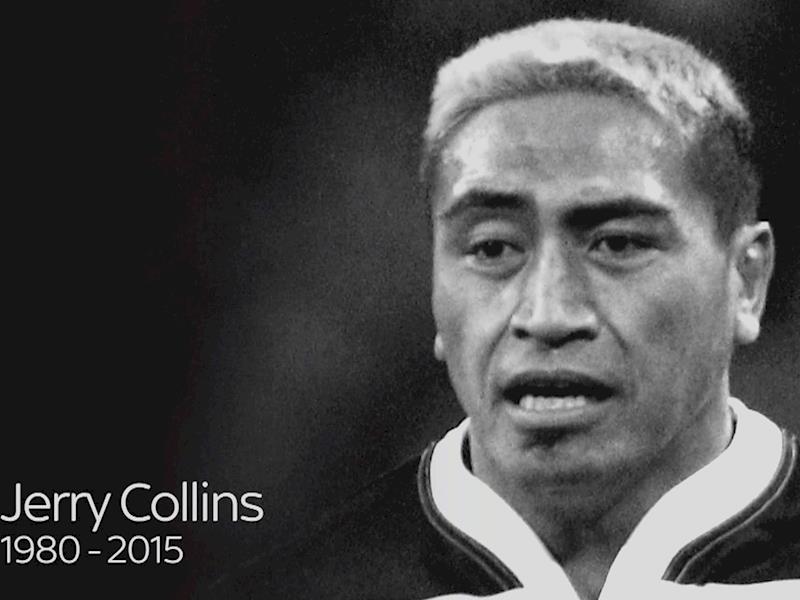 This project has reached its target. You may still donate to this project if you wish.

We lost All Black legend Jerry Collins and his daughter Ayla lost both her parents. This fund is in his honour and for her future.

All Black legend Jerry Collins and his partner Alana were killed in a car crash in France. They leave behind an infant daughter fighting for her tiny life, New Zealand mourning his memory, and a global rugby community in pain.

Any proceeds raised will be put into a trust for Ayla for whatever she might need in life as she grows up.

Life is fragile. Let's all be good to each other.

Donate whatever you are moved to or choose $1002 or $48 to mark his All Black # and number of tests he played.

I have no personal connection to Jerry Collins or his family. I am, like most New Zealanders, a passionate All Blacks fan and loved watching Jerry play both for the Hurricanes and our country.

The idea of Ayla growing up without both her parents immediately made me want to do something to inspire New Zealanders and rugby fans around the world to rally in some small way.

I set up the Aera Foundation to create a brighter future for our world.

Aera is a charitable trust established for the betterment of New Zealand and to advance new global models fusing social and financial goals.

Thank you to everyone who has contributed to this campaign and shared it with your communities. As we near the closing date, it is time to prepare for the transfer of the funds raised for baby Ayla into a trust fund for her future.

The Aera Foundation has appointed the Public Trust to set up a trust fund for Ayla's benefit - for her health, welfare and future, including her medical costs and education. The fund will be managed by the Public Trust, including the terms of access.

Thanks to all for taking part in the campaign,

Guest Donor on 19 Sep 2015
Heart goes out to baby Ayla. May God strengthen and protect you always sweet baby girl. You are in are thoughts and prayers. Mum and Dad are with you each day and watching over you always.....xoxoxo I have a baby girl one month younger and my parents died tragically young in their 30s and I was orphaned and raised by my late Nana. Amen for her.
Private

Carolyn on 17 Sep 2015
Donated in memory of a great All Black. A loyal, generous and humble man. Jerry will always be in our hearts and in our minds. Love and best wishes to baby Ayla for her future.
$100

Chris Rees on 16 Sep 2015
One of my favourite players, was a great time to support the Ospreys when Jerry was playing and such an amazing sight watching him playing for NZ. It was one of the saddest days hearing the news of his death. Ospreys, Wales and Jerry Collins fan.
$20

Created by, and paying to a verified bank account of, Aera Foundation (Charity)
Page Moderated The page has been checked by our team to make sure it complies with our terms and conditions.

Want to get in touch with Aera Foundation?