Explore Raise funds Login Learn more
This page is closed
but Chalky Carr Trust has a new page...
Check it out 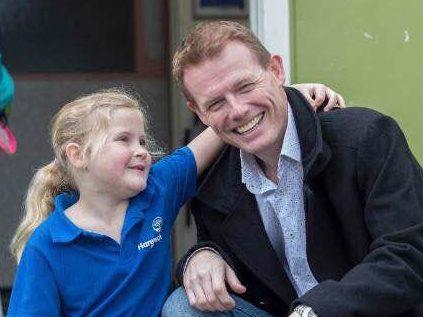 Bound together by Cancer. Chalky and his boys helping 7 year old Isla Lunn.

On the face of it, former All Blacks Logistics Manager Chalky Carr and 7 year old Isla Lunn don’t have a lot in common.

But they’re bound together by Cancer.

Chalky thought he’d kicked his "rust" into touch last year after surgery and chemotherapy but a recent scan has shown the cancer has returned and he has been given a terminal diagnosis. The former Royal Marine Commando and Royal New Zealand Navy Officer, loving husband and father, has been forced to retire from work with the All Blacks and is in the midst of further, grueling chemotherapy.

He’s mentally strong and brave; he was awarded the New Zealand Bravery Medal by the Governor-General for his actions saving lives at the CTV Building in the Christchurch Earthquake in February 2011.

Chalky wants no sympathy, but he does want to do something productive and meaningful while he can – and for Chalky that’s helping someone else impacted by Cancer.

Just a few weeks ago, Kellie Lunn died of Breast Cancer. She was a solo mum to 7 year old Isla and wanted to give her little girl the best life she could. When Isla was 3, Kellie trained and became a Vet Nurse. But Kellie’s Breast Cancer diagnosis at the end of 2016 changed everything.

Sadly, Kellie became so sick, so fast that she and Isla never got the chance to fill her photo albums and memory boxes with exciting adventures and special times together. Instead, Kellie spent a great deal of time in hospital, in incredible pain. Isla fought through her own fear of hospitals to visit her mum every day and Kellie fought hard to stay with Isla, but in August, Kellie peacefully passed away.

Isla is being raised by Kellie’s parents, Jennie and Alan. Both work hard to support Isla while coping with their own grief and Isla misses her Mum terribly. Just like Kellie, she adores animals! Horse riding is her big love and she’s desperate to pat a lemur one day. She’s just returned to dancing and is back into school life at Harewood School, though when the class sing “You Are My Sunshine”, “I’ll Stand By You” and “The Daffodil Song” her usual smiles give way to quiet tears. She has spent her free-time of late “bedazzling” the box for Kellie’s ashes in pink and purple jewels, heart breaking moments, but ones Kellie would have found hilarious.

Chalky has been so touched by Isla and Kellie’s story. He’s all too aware of the drive parents have to make sure their children are provided for, right through to adulthood. Kellie never got the chance to create that nest egg for Isla, so Chalky wants to instead.

On Wednesday 20 September, Chalky and his sons, Jamie and Josh, will have their heads shaved by Crusaders Captain and All Black, Sam Whitelock. He hopes to raise $100,000 for Isla and her family.

We are showing our support for Isla and those who need a hand.

Create that nest egg for Isla which will help her to live the very best life she can – just as Kellie wanted.

We aim to raise $100,000 for Isla's future. Any other funds will be part of The Chalky Carr Foundation, giving a hand where it is needed.

In a further show of solidarity and support from the rugby community we are proud to share with you that Chalky will be honoured this evening when his sons, Josh and Jamie, lead the BNZ Crusaders team out on to AMI Stadium ahead of the side’s Super Rugby clash against the Chiefs.

The Crusaders region will stand together for the Carr boys on this special night, which kicks off the 2018 Crusaders season. If you are in the UK you can view this at 6.30am on SKY Sports and the NZ kick-off it 7.35pm so tune in ahead of that.

BNZ Crusaders Chief Executive, Hamish Riach, said it was important to acknowledge the immense contribution that Chalky had made to rugby, and to celebrate the life of an important member of the Crusaders family.

“This is an incredibly sad time for the Carr family and our thoughts are with Chalky’s wife, Sarah, and the boys. Chalky gave so much to everyone during his time in rugby and we want to express our support for his family and our gratitude for all that Chalky contributed. We also feel it is important to raise awareness for the Chalky Carr Trust, which he established during the hardest of times. His selfless action in helping others through the Trust, was testament to the man he was.”

You will recall tonight's match will not be the first time BNZ Crusaders captain Sam Whitelock has supported his friend. In December, Sam shaved his head to give a push to our fundraising. It’s no coincidence that Chiefs Captain, Sam Cane, did the same in support of Chalky Carr Trust’s mission to raise money for those bound together by cancer.

Chairman of the Chalky Carr Trust, Brett Gamble, said, “For Chalky to be honoured in this way, amongst champions, shows the calibre of the man, it’s fitting. We all miss him terribly.”

In an interview that took place in October, Chalky said in his own stoic, and fiercely optimistic words: "So this is a real lesson for my boys, something that I want to leave behind. That they understand what life is like - it can be cruel, it can be harsh, it can be unfair - but you've got to rise up and grab every opportunity, and attack it if needed."

How proud Chalky would be to be honored in such a way and to see his boys representing him. Chalky continues to be remembered and leaves a legacy of helping others.

Thank you for your continued support.

Created by Chalky Carr Trust, paying to a verified bank account of Chalky Carr Charitable Trust (Charity) on behalf of Isla Lunn
Registered Charity
A Registered Charity has legal recognition under the Charities Act 2005.
Tax credit
Donations of over $5 are eligible for a New Zealand charitable giving tax credit.
Page Moderated
The page has been checked by our team to make sure it complies with our terms and conditions. 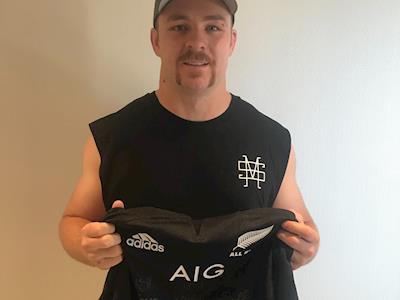 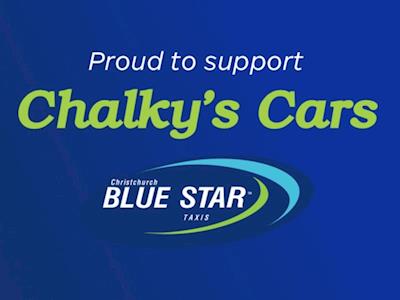 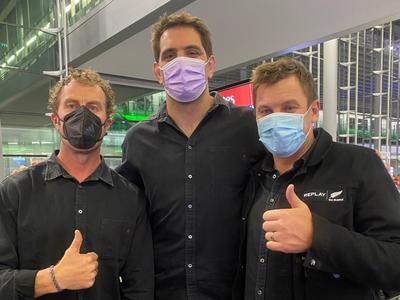 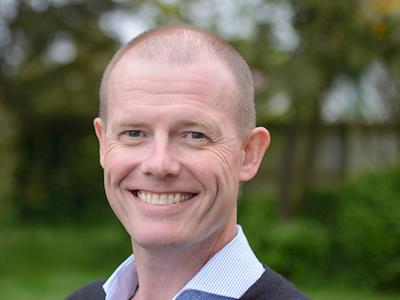