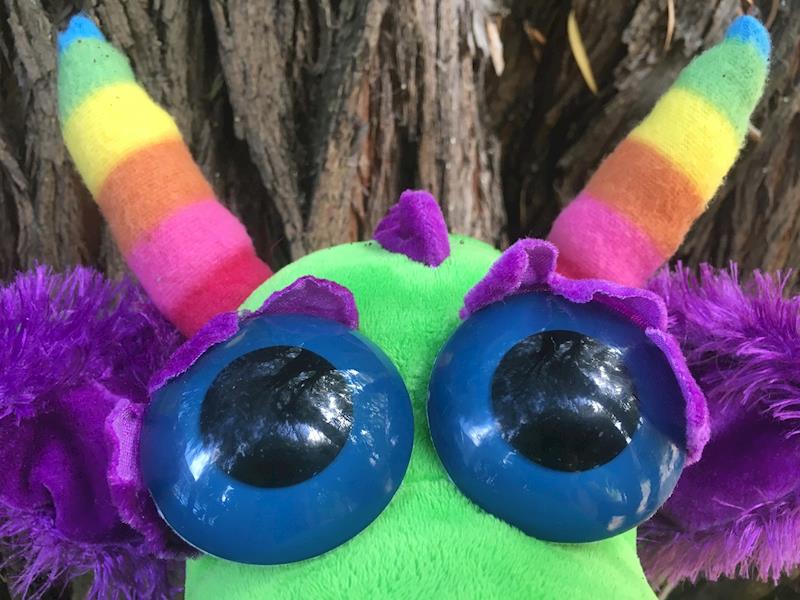 Cause page created in the Creative category by Be-Friended for "A group of filmmakers to produce a short film and give them a minimum flat rate wage."

We are a group of passionate filmmakers who love the art of storytelling and want to tell a tale for the child inside us all.

Its a heartwarming live-action puppet short film where isolated in a world of a younger generation, a woman yearns for connection and so leaves reality while be-friending a playful dragon which ultimately endangers herself and those around her.

This film is a family-drama, targeted for children and the child within us all.

+ Donations of $200+ your name will be credited on the film.

+ The highest donor will be gifted the dragon puppet "Cuddles".

> Donations can be accumulative ie. $25/week for two months to reach the name credit reward

* Crystalyne Willis - Writer, Director & Production Designer. Age 36, from Wellington, New Zealand. She has been storytelling since a child, from making performances with her brothers for her family to participating in school plays. Formally, Crystalyne has an Associates Degree in Occupational Arts (Drama) from The American Academy of Dramatic Arts in New York City, USA, a Certificate in Advanced Script Writing from FAMU in Prague, Czech Republic, and a Bachelor of Design for Stage and Screen from Toi Whakaari: New Zealand Drama School. She has worked in the film/TV industry on major international projects like HBO's "Game of Thrones" season 5, MTV's "The Chronicles of Shannara" season 2, and Netflix's "Marco Polo" season 2 & "The New Legends of Monkey" to local New Zealand projects like feature film "Stray" and TV shows "The Moe Show", "The Cul De Sac" season 2, and "Thunderbirds Are Go!".

"Storytelling is an art form worth cultivating and honing. It feeds my soul because I love dreaming up worlds and breathing life into its characters."

* Jason Pike - Producer. Age 30, from Auckland, New Zealand. He has been producing films since starting film school in 2011. He loves telling stories, being creative, and working together with a team of friends to make something cool. He spent 7 years with his production company "Jovial Entertainment" producting short films with no budget, focusing on telling stories that were fun and entertaining for audiences of all ages.

"Be-Friended has a great message of not taking life too seriously, getting lost in our screens, and that the imagination of a child is never really lost as we grow up. Its a story that both children and adults can enjoy, and I am looking forward to help create that story for everyone to see."

* Lance Wordsworth - Director of Photography. Age 37, from Torquay, England but moved to NZ in 1992. Lance has worked with many styles of production, from televsion and commerical production through to documentary and drama with extensive shooting experience throughout the world over his 17 years in the industry. Lance shot two independent features in his early career as well as two NZ funded short films, with one being accepted into the Clermont Ferrand International short film competition in 2015 and the 2015 Melbourne International Film Festival. Lance has also worked as Directory of Photography and Camera Operator on numerous TV shows, TV drama's, documentaries and music videos over the years. Lance brings an innovative and unique style to each production and sees limited resources as no barrier to creative and effective storytelling.

"I love the creative aspect of storytelling and crafting images that suit the different styles of film making. Film making to me is creating magic and every time I am on set I remind myself I am living my childhood dream of being a film maker."

* Jim Cruse - Editor & Sound Designer. Age 24, from Melbourne, Australia. He is a passionate editor & sound designer with a deep, unbridled love for storytelling. He loves working with talented and passionate people to bring an idea to fruition, especially if it will have a positive impact on the audience.

* Helen Frazer - Music Composer. Helen is studying a Bachelor of Music Composition. She has composed for a number of short films along with a couple of theatre shows. She is currently in a band which gigs and performs her own original songs. She also produces her own EDM and rap backing tracks.

"I'm passionate about telling a story through music as it's my number one form of expression and what brings me the most joy."

* Lina M. Cruz - Costume Designer. From Columbia. She worked for 8 years in film, TV and events in Columbia from production to art and costume departments. She has been in NZ for 15 years where she has worked for the last 8 years in Art and mainly Costume for TV shows and films.

"You love it or hate it but when you taste it you will never let it go. This industry is part of your blood."

* Rebekah Head - Actress, singer & puppeteer. Rebekah is a graduate of NASDA (2014). She was a resident puppeteer at Auckland's Whoa! Studios between 2017 and 2019. Rebekah played Jazz in season one of Custard's World, currently streaming on HEIHEI and TVNZ on Demand. Mentored by Peter Linz (Ernie on Sesame Street). Most recently she was a puppeteer for Peter and the Wolf at the Singapore International Festival of Arts (SILO Theatre). Rebekah loves storytelling in all it's forms and is excited for viewers to see this touching tale.

"I am so pleased to be a part of this project as it tells a lovely story of today's busy society, no on has time for anyone, all too busy!!"

I am the writer, director and production designer of this short film. I am activating my dream of manifesting stories that feed the soul to the world by producing this film with the help of many talented individuals.

The equipment, materials & logistical costs for producing the film and paying crew & cast a minimum flat rate for their skills and time. 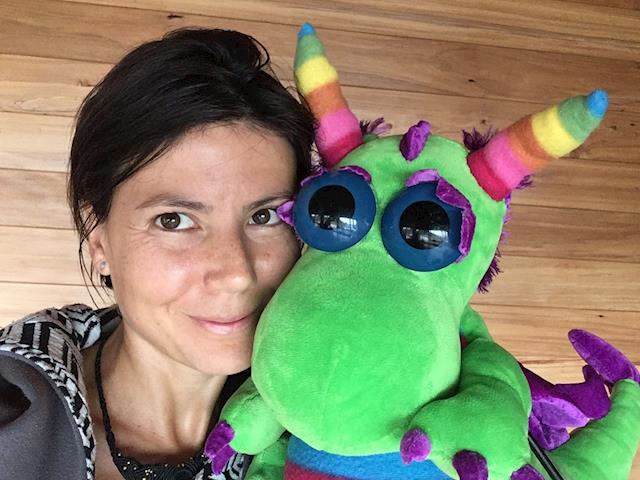 First off I wanted to say thank you for recently donating to Be-Friended: a short film.

I really appreciate your support in storytelling. <3

I know how tough times may seem, especially in our current global situation, so the fact that you carved out time and money SHOWS how committed you are to bringing more joy into the world!

I am having an absolute blast sharing my story and creating skits with Cuddles to promote this project. I hope you are enjoying them too!

If I may ask one more favour of you; please like and share them. :) And/or email links onto family, friends, colleagues, alumni, etc. The more exposure the videos get, the more likely it'll reach another person that it resonates with. The mission is to find more people who believe in the same values; self-love, fun and storytelling.

Debs & Laszlo 4 days ago
Sorry it took so long to send this to you....finally got there...xxx
Private

Paying to a verified bank account of Crystalyne Willis on behalf of A group of filmmakers to produce a short film and give them a minimum flat rate wage.
Page Moderated The page has been checked by our team to make sure it complies with our terms and conditions.