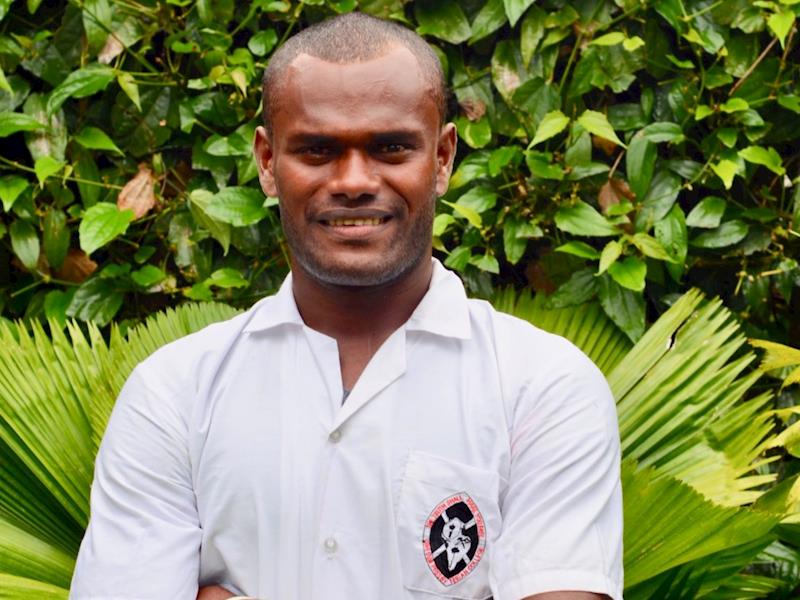 Given by 67 generous donors in around 12 months

Manuel is a highly motivated school student who has excelled for 4 years in the Sciences despite familial hardship. Help him finish college!

Life has not been easy for Manuel and his extended family. When he was a boy of 4 years, his mother passed away and he and his brother left Espiritu Santos to go to Mele Village, Efate` to live with their auntie, uncle and cousins. They worked hard and gave him an education until 2017, but now cannot pay for him to achieve his final year of school. I gave him a gardening job and have helped him in 2018 to study at home. He has all the textbooks for his studies and has been preparing for going back to school. Manuel is 21 years old and still has dreams to be somebody in the future. Our wish is for him to get his Year 13 Leaving Certificate so that he can study further to become an engineer one day.

Manuel wants to return to Onesua Presbyterian College again because of his faith in God. He wants to be part of the church school community, make use of leadership opportunities, have access to good teachers, have nice sports facilities and meet good friends in the boarding house. He was a class captain in 2015 and a prefect in 2017 which he can build on.

His goal is to achieve a Year 13 Leaving Certificate by the end of 2019. His objectives are:

1. To be a devoted student in Christ, in his school and in his church.

2. To excel in his chosen academic subjects through studying hard.

3. To be the best youth leader he can be in his church, school and boarding house.

4. To perform his best in team sports like football, rugby and beach volley.

5. To continue to play club rugby for the Mele Eels.

6. To improve on his kitchen skills in the boarding house.

His reports show that he is a good student in scientific subjects mostly Geography, Physics, Computer Science and Mathematics. He knows he will have to work harder at Chemistry and English. He has promised that he is willing to work very hard if given another chance.

I have been a teacher in Kenya, New Zealand and South Africa for 25 years and am now retired and living in Vanuatu whilst my husband is on contract with Secretariate for the Pacific Regional Environment Program (SPREP). I know this bright young man well in an employer-employee capacity and see tremendous potential in him to fulfil his dreams of becoming an engineer one day. For him to achieve this end goal, Manuel Taripakoa needs to complete his Year 13 in 2019. I plan to mentor and seek support for him during the academic year.

The monies raised will be spent on tuition, exam and boarding house fees plus a monthly allowance for internet connection. Further funds will be raised in Port Vila if there is a deficit via the community. Surplus fees will go towards tertiary study.

The final fee payment for Term 3 has been paid! Further donations will go towards next years fees for Manu's course in Electrical Engineering at Vanuatu Institute of Technology.

Created by, and paying to a verified bank account of, Dave Loubser on behalf of Mr Manuel Taripakoa
Page Moderated The page has been checked by our team to make sure it complies with our terms and conditions.

Given by 67 generous donors in around 12 months