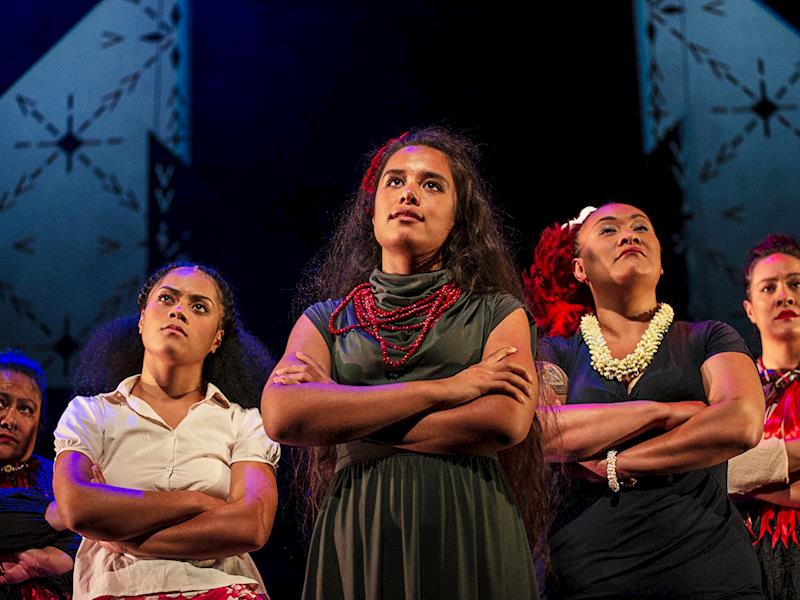 Given by 100 generous donors in 4 weeks

Support Tusiata Avia to travel to New York for her play Wild Dogs Under My Skirt Off-Broadway.

Please support Tusiata to travel to New York with a companion to assist her.

Tusiata Avia is a renowned poet, performer and writer, now based back in Ōtautahi Christchurch - her home town. Between 2002 - 2008, Tusiata performed her one-woman show, Wild Dogs Under My Skirt, around the world. In 2016 this became a multi award- winning play for six women, and in January 2020, the production will play Off-Broadway at SoHo Playhouse in New York - a once in a lifetime opportunity!

Tusiata's list of literary achievements and publications is remarkable. However, what's often left out of her bio is that she's also a solo mum, and in recent years, her epilepsy has become more impactful on her life. This means that, whilst she's still producing new writing and taking on work where she can, she is unable to work full time. Travelling alone within Aotearoa in the past twelve months, Tusiata has had a number of head injuries, triggered by seizures. These have often happened at airports.

The production of Wild Dogs Under My Skirt in New York is a culmination of 18 years of Tusiata's work. After careful consideration, as well as consultation with health practitioners, her friends and aiga, Tusiata has decided to make the trip to New York. She will be accompanied by a friend who will travel with her and assist her during the international transits to ensure her safety and wellbeing.

Any support you can offer to get Tusiata to see her play light up Broadway would be most gratefully received.

More about Wild Dogs Under My Skirt:

Tusiata is a dear friend of mine and I'd love to see her get to New York safely!

Funds will primarily be used for return airfares New York for Tusiata and a support companion, with any additional funding covering other costs associated with the trip. 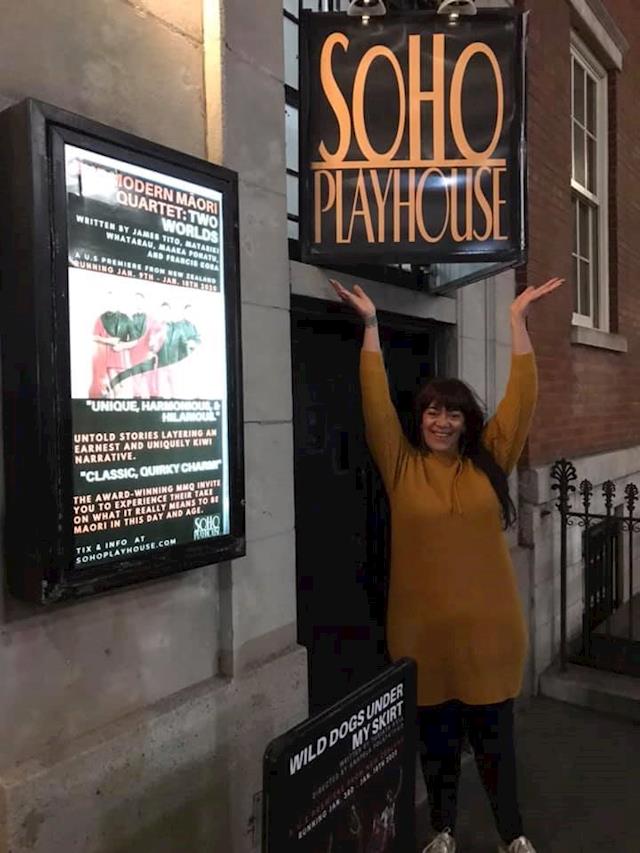 Fa'afetai tele lava, thank you so so much! Update from Tusiata  27 February 2020

Talofa friends and all the beautiful people who donated on Give a Little to get me to NYC in January to see Wild Dogs Under My Skirt.

It was an extraordinary gift and got me safely there and back. Happy to report no head injuries from seizures in airports (which has been one of my specialties, a la fractured skull and haemorrhage last March). Being able to take a travel companion, the lovely Joanne Ah Kuoi, and using a wheelchair in the airports made that trip to NYC possible for me.

Witnessing my show Off-Broadway was a big life moment for me (see my article in the Big Idea on my page). And now having Wild Dogs Under My Skirt win ‘Best Production’ and have the show invited back to NYC for a 6 week season is just astounding (I cried my eyes out when I learned the news).

Thank you, to Khye Hitchcock for having the Give a Little Idea, and you all for being so incredibly generous. You’re all a part of this Wild Dogs voyage.

Paying to a verified bank account of Tusiata Avia
Page Moderated The page has been checked by our team to make sure it complies with our terms and conditions.

Given by 100 generous donors in 4 weeks