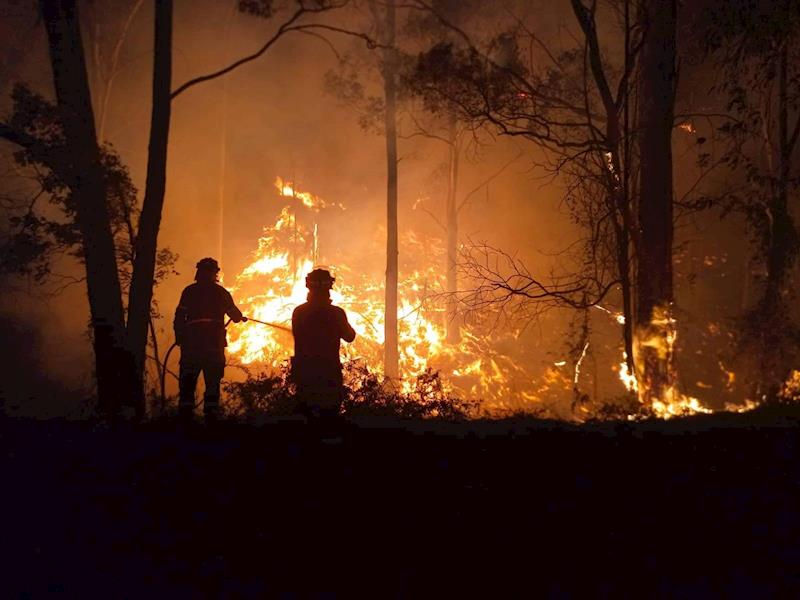 Closed Cause page created in the Disaster category by The Central App for "The Australian volunteer firefighters in NSW, VIC and QLD."

Help us raise funds for the Australian bush fire volunteer firefighters in NSW, VIC and QLD.

The Central App recently ran a news story about one of our own Central Otago volunteer firefighters giving up his time to join the fight against the out-of-control fires in Australia. Unlike the Aussie volunteers, he's now back, running his business.

In Central Otago, we know about the fire risk - we are often ourselves exposed to closed fire seasons and experienced some widespread fires in 1999. But nothing like what volunteer Australian firefighters are having to deal with. We reckon we can help to raise funds for them to use whichever way they see fit, to look after their volunteers. Because in Central Otago, like many places in New Zealand, our emergency services are also run by volunteers. And if they needed help, Australians would answer the call.

Waking to a smoke filled golden glow on New Year's Day was the final catalyst to needing to do something to help. I can't fight fires - but I can help raise funds to support those who are. Because most of them are volunteers.

All money collected will be shared equally between the NSW Rural Fire Service, Queensland Fire and Rescue and Victoria's Country Fire Authority.

On New Year's Day I woke, to a golden haze, which progressed to a smoke filled day. Smoke from fires 2,000km away. Many volunteer firefighters in Central Otago have helped fight fires overseas - including Australia. And their volunteers need our help!

All money collected will be shared equally between the NSW Rural Fire Service, Queensland Fire and Rescue and Victoria's Country Fire Authority. 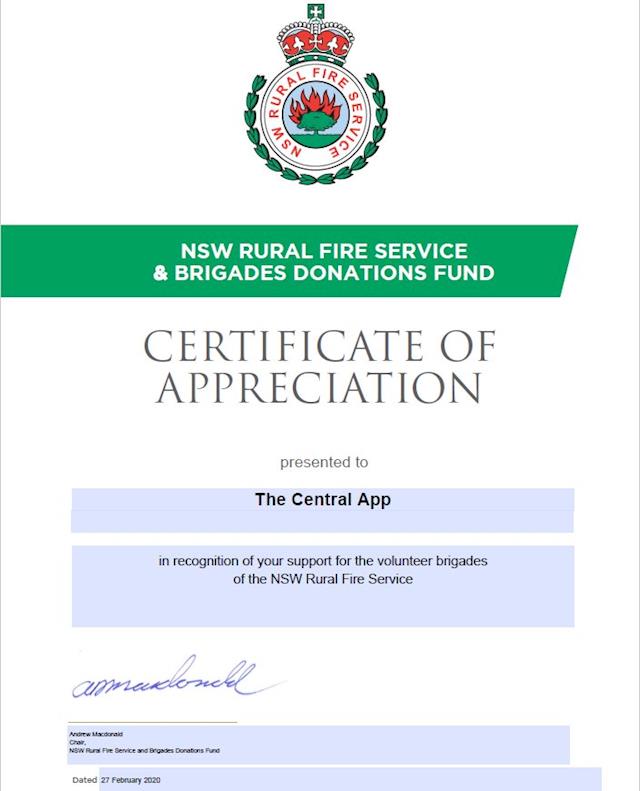 Posted by: The Central App

This is what we published in today's news on The Central App:

The Central App has received the sincere thanks on behalf of hundreds of donors from the various Australian states’ volunteer firefighting organisations which received donations through the bushfire crisis crowdfunding page which ran earlier this year.

The Central App’s Marielle Craighead began the Givealittle page at the start of January with the hopes of raising whatever she could to help volunteer organisations in the Australian states of New South Wales (NSW), Victoria (Vic) and Queensland (Qld).

In four weeks, 817 donors had donated the grand sum of NZ$52,449, with people as young as eight and some well into old age.

Spark took their cut through the Givealittle crowdfunding page, which brought the total donation down to NZ$51,000, and that total was equally shared between the three volunteer firefighting services of each state, equating to NZ$17,000 each.

Marielle said the story of how she started the page was a moment of shock.

“I set up the Givealittle page after waking to a golden haze on New Year's Day, which progressed to a smoke filled day,” she said. “Smoke from bushfires over 2,000km away, which we could not only see, but smell! The fires had been burning quite a while already, of course, but this was the final "kick up the butt" I needed.”

The Central App’s Marielle Craighead started the crowdfunding page as a way to help out during the Bushfire Crisis, and the page quickly received hundreds of donations from around the world. Image courtesy Pixabay.

Marielle said she was touched by the messages which poured in with the donations and explained all donors’ messages have been forwarded to the Australian rural fire authorities so they can share them with their teams.

“From the person who said they were a pensioner and couldn't afford much, but still donated $20, to the young eight-year-old who had sold her baking and raised over $400, to the English Language School in Auckland who set a target of $2,000 but raised a whopping $2,520, to the $1 donations - every dollar counted,” she said.

“Some came from right here, some from Ohio, USA and Germany – and Australia. Some came via our co-fundraisers, who had decided to raise funds in their groups and clubs and donate to our cause.

“The largest of those was the Wanaka Aussie Aid page, which raised $6,378 through their Givealittle page - this on top of what they raised at the concert. All reduced me to tears of gratitude. We were making a difference. A big difference!”

Some local retail businesses even had coin donation tins at their counters throughout the fundraising period.

“This donation is accepted with much gratitude and you can be assured that it will be utilised to support our volunteer rural firefighters and members, whose energy and commitment contribute to protecting and supporting NSW communities,” the letter, signed by the NSW RFS chief financial officer said.

“Please convey our sincere thanks to the 800 people an companies for their kind and generous donation made to The Trust.”

The Victorian Country Fire Authority & Brigades (CFA) wished to convey their sincere thanks.

“On behalf of the Country Fire Authority, we sincerely thank you for your support of our organisation during this challenging fire season,” the letter said.

“CFA appreciated your acknowledgement of the commitment and dedication of Victoria's volunteer firefighting force.”

Marielle, who forwarded some of the kind words sent by donors to the firefighters, said the Queensland Rural Fire Service is yet to send their letter of thanks but has communicated the have received their donation.

“I would like to thank Westpac Alexandra who have generously waived their transfer fees,” she said.

“Above all - thank you to everyone. Again, cliché - but the words "thank you" seem so insignificant to acknowledge what you have all done! I know the volunteers who have worked in some terrifying conditions, fighting fires for days without a break will be very grateful.”

Thank you for your kind and generous donation Vicki X

Thank you for your kind and generous donation.

Thanks for your kind and generous donation Rhys.

Thanks for your kind donation Libby.

Created by, and paying to a verified bank account of, The Central App (Business) on behalf of The Australian volunteer firefighters in NSW, VIC and QLD.
Page Moderated The page has been checked by our team to make sure it complies with our terms and conditions.