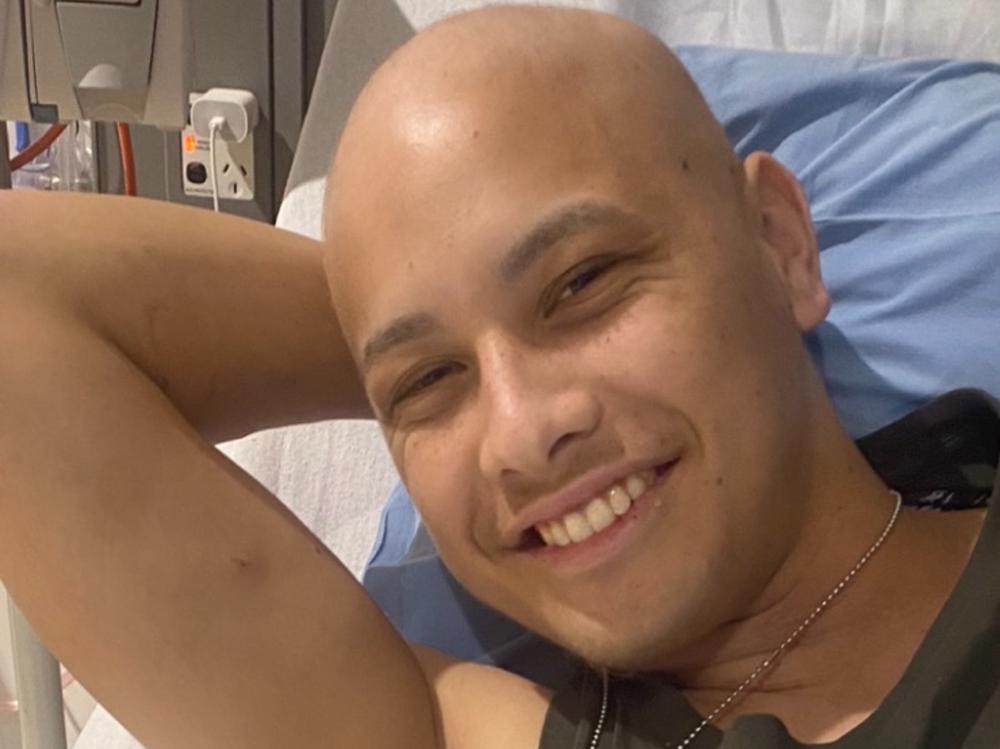 Rakau was 17 years old when diagnosed in February this year and had his 18th birthday in April in the Ward at Auckland hospital. Rakau is from Waimamaku in the Hokianga and is fighting an aggressive rare blood cancer that is in the brain. He came into the ward really brave and prepared to start the fight.

They started him on an aggressive high dose Matrix chemotherapy straight away. Rakau has had 3 out of 4 treatments which was extremely hard and really knocked him with constant seizures and spending 95% of the time in the ward. He's still fighting and his humour and bravery has not waived. After the 3rd treatment his cancer was put into remission. Last week the whanau were told that the cancer is most likely back, only 6 weeks from the 3rd treatment. We were also told that they are not going to complete his treatment as they believe his reaction to the chemo is dangerous to his brain and overall quality of life and with a high risk of not being successful. They have told us that Rakau has 4 to 12 weeks to live.

We as a family are absolutely devastated with the news. Since his last round of chemo Rakau has really bounced back and looks great, we are really struggling with the statement of the doctors saying there is no treatment for him.

Rakau is really funny and a cheeky young man. A wonderful big brother to his 2 and 6 year old brothers and great big cousin to the little members of the family. He made representative counties manukau touch teams and played league for Howick hornets a real natural sportsman and makes friends with anyone and everyone.

We have frantically been doing research and have been in touch with some really great people who themselves have fought their own cancers and won via natural therapies and are passing on the successes they have experienced onto Rakau which is wonderful.

We are looking at the drug Ibrutinib which is not funded and can be upwards of $10,000 per month. We have also found a Haematologist in Australia who is trialing a dual treatment and the specialist is getting in contact with them. This may involve a private nurse, flights, accommodation and the cost of the treatment.

Along with drugs and dual treatment option the family currently have him undergoing Vitamin C infusion treatment (not funded) and has started an alkaline food programme since Wednesday this week.

He is now 6 months in hospital stuck in a room and still super brave.

We as a family have come together with all our resources. We are also reaching out for help and support towards Rakau's healing journey and ultimately to try and save his life and keep this wonderful being here on earth with us and for his Mom Holly and 5 brothers Ezra, Nui, Aidan, Shane and Nikau.

Kia ora I'm Marcus, Rakau's uncle - helping put this support together for Rakau to help make things easier for him and his journey. His family and friends have blessed this page.

Any funds raised will go towards his treatments that are not funded, cost arounds getting treatment, sourcing treatment and travel. Any unused funds will be donated to a charity of Rakau's choice.

The official meeting took place on Friday last week where a medical team of 5 told Rakau he had 4 to 12 weeks and explained the discharge plans etc. It was a horrible meeting. To his credit he did not flinch, was solid as a Rock, so proud of him! Kia Kaha.

Last week a very generous person kindly leant his Maseraiti so that Rakau could enjoy being taken for a drive around Orewa and Silverdale where one of his treaments took place. It was a surprise. When we picked him up, the smile on his face was priceless!. (Of course he wanted to drive!) Thank you so much Chris. A quick trip to the movies on the weekend to watch Fast 9 was pretty cool too.

He has been fully discharged and is now home and is going great.

We have seen a 2nd specialist for a 2nd opinion and unfortunately cannot help. Brisbane is not available for this condition and the drugs we have been applying for are not cures. We are now currently communicating with specialists in Singapore also.

However, his strength is incredible, he still gets tired quickly throughout the day but he's sticking to his Alkaline food program and getting to appointments such as his Vitamin C infusions, Reflexiology, Herbalist / Naturopaths and others.

The money raised from everyone is being used for these treatments and without this support this would not be possible as a lot of these treatments are twice weekly and not possible for him monetary wise. We cannot thank you enough.

Through research and meeting very special and kind giving people who have themselves shared their experiences of winning their own terminal cancers have given us so much hope! Which is critical for Rakau and the whanau's journey. Thank you Tanya. The whanau have put all this information together and have decided to go down a natural journey. The beautiful people sharing their positive successes and research we have found gives Rakau and us strength. Rakau can be visited also.

Again we thank you so much for your support! and please continue to share Rakau's story he is a true warrior and refuses to give up no matter what the odds.

Paying to a verified bank account of Rachel Iraia on behalf of Rakau TaneKaha Andrews
Page Moderated
The page has been checked by our team to make sure it complies with our terms and conditions.

Want to get in touch with Marcus Iraia?