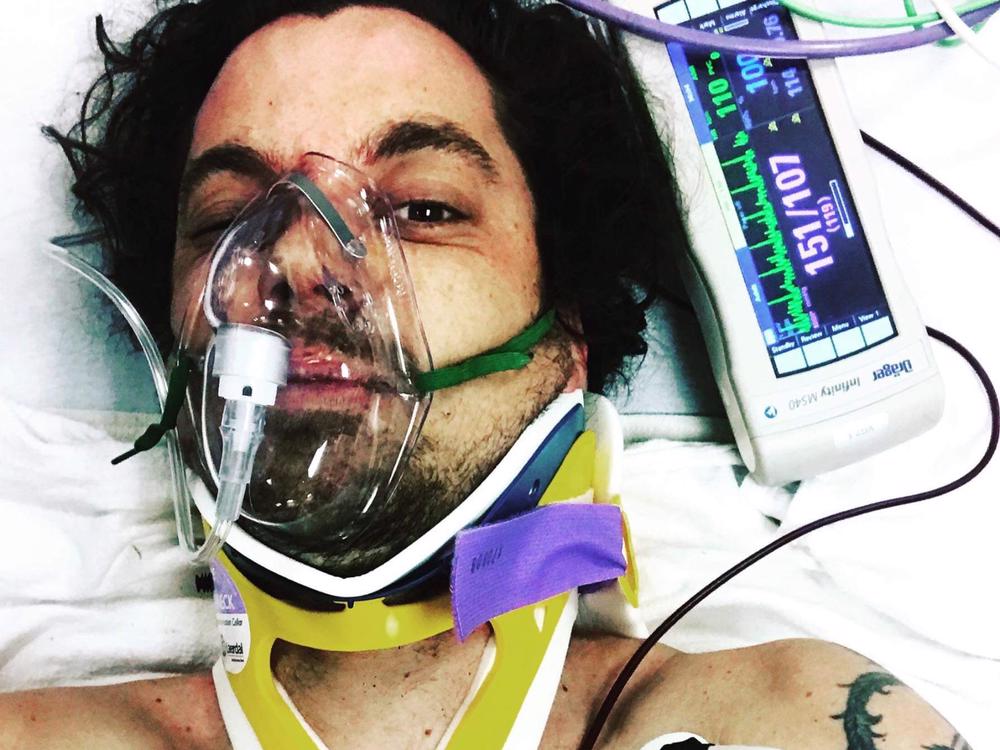 $3,705 donated
Given by 50 generous donors in around 12 months
Share Closed

The intent for this page is to help a amazing couple get through hard times providing them with life's necessities, Providing for a newborn, Making it to hospital and doctors appointments and day to day living.

Rosie is pregnant with their first child and has been at his bedside daily since the accident, They were married on Saturday 16th November at the spinal rehab unit surrounded by immediate family.

On the 21st September Jason was going to meet some guys and go for a ride on his bike He had just bought a month earlier, All geared up to go he was waiting for the guys, They showed up and decided to go to Puhoi pub for a ride via the kaipara flat /Wellsford high way ,

They took the back way through Waiwera a road he had not ridden before , The bike had a brand new rear tire he came to a sharp corner and when he changed down gear and braked the back wheel locked up and bike slid out from under him and slid on his back straight into a post on the corner and careered right through it .

Jason was lying in the ditch and realized he had just had a bad accident so He grabbed his cellphone out of his front pocket called 111.

Then whilst they were talking to me I was tying to wave down a car from the ditch but I couldn’t get anyone’s attention until luckily someone saw my bike and stopped and found me in the ditch and stayed with me for 40 mins until ambulance and fire and police all showed up and made sure I was ok ,

Then the helicopter came and I was carried on a stretcher over to a paddock where it landed and they flew me to Auckland hospital resuscitation unit to keep me alive where they put a tube through my armpit into my lung to drain all the fluid building up. They also checked me over and found I had also a lacerated spleen and liver and my aorta was crushed and I was heavily bleeding internally so I was rushed into operation theatre to fix all that and then after I had rested 24 hrs I was moved to middlemore where they performed surgery on my t10 spinal disk with two big metal rods inserted to keep my spine from damaging itself more. After xrays they saw my t10 was broken in three places and I had multiple fractured ribs.”

The doctor thought at first that Jason would never walk again as He had no feeling in his legs at all but after just one month he was wriggling toes on the right foot and now has been moved into the Auckland spinal rehabilitation building on Bairds road where he islearning to use a wheelchair and also Learn to walk again eventually.

“I have had a few setbacks with having to go back to middlemore twice for medical issues but now I am fighting strong and getting into my wheelchair each day that I am quickly learning to move myself around.

I still have a long way to go but my discharge date is dec 17 so I will be going home then but will need a full time nurse to live with me for a few weeks to help me out.”

When Jason is released From the spinal rehab unit his wife Rosie will be admitted to hospital with pregnancy complications and she will be there until late December so Jason will need to be able to get to Auckland hospital to be by her side during that time , They hope to both be at home finally about early feb where They will be caring for a new born son and a whole new lifestyle to adapt to but there will no doubt be heaps of daily challenges as Jason will be the sole parent looking after his son changing his nappies,etc as Rosie will have had a c section birth and she won’t be able to lift him for a few weeks.

Both jason and Rosie have had to leave their jobs due to their health conditions.

The use of funds are for recovery, getting too ad from hospital appointments and visits between Rosie and Jason, necessities for their soon to be born son and day to day living aiding in the stresses of dealing with a disability and long recovery 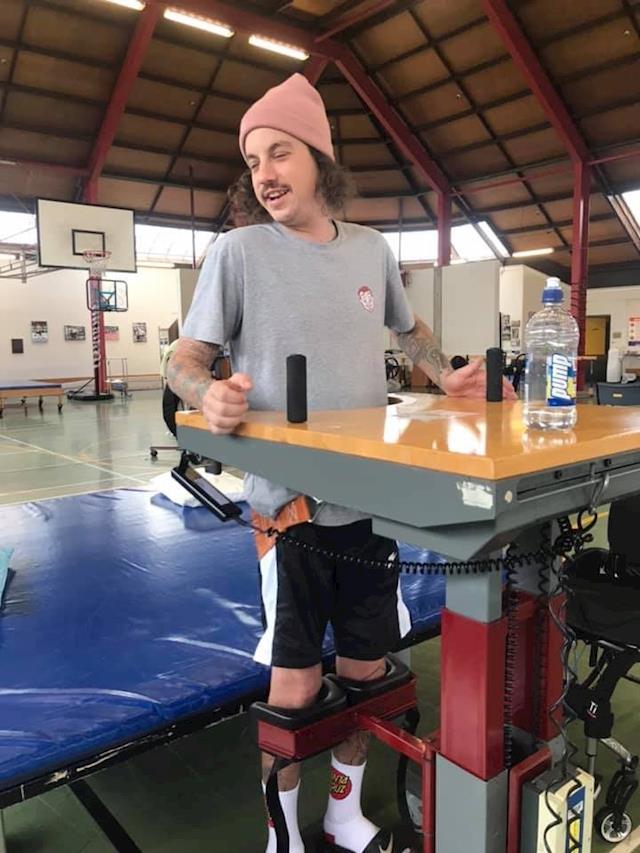 Jason has been making some impressive progress he’s able to stand for a period of time on the standing frame pretty much unassisted!

Strength, determination and love and support of everyone behind him gives him the drive to succeed.

A huge thanks to the very generous donors

Your support it massively appreciated

Paying to a verified bank account of Rosie Lawless on behalf of Jason leonard
Page Moderated
The page has been checked by our team to make sure it complies with our terms and conditions.

Want to get in touch with Karl Yeo?