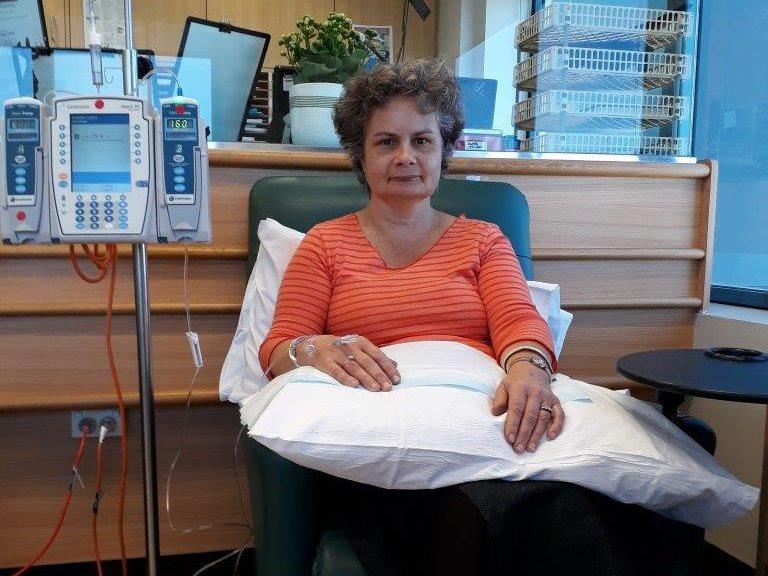 Given by 61 generous donors in 2 years

Jenny Nichols has a rare genetic mutation that causes Early Onset Alzheimer's Disease. This is to support her participation in research.

Jenny Nichols is one of only a couple of New Zealand people involved in a worldwide study called Dominantly Inherited Alzheimer Network (DIAN). Jenny is the only person currently in New Zealand who is also taking part in the drug trial, DIAN-TU. The DIAN study has been working with individuals who are carriers of rare genetic mutations in order to find a drug that aids in the prevention of Alzheimer's symptoms before deterioration occurs. Jenny's mutation, known as the London Mutation (APP), is the second rarest with only 38 families worldwide known to carry this specific mutation, which makes Jenny one in about 90 million.

Jenny's mother was diagnosed with Early Onset Familial Alzheimer's Disease (EOFAD) when she was 48 and passed away a few years later. It was also presumed that Jenny's grandfather was a carrier of the rare genetic mutation APP gene.

It has been discovered that Jenny also has this rare genetic mutation APP gene, which is why she is taking part in the DIAN Trials Unit clinical drug trial. This involves Jenny and her husband flying to Australia every four weeks for administration of a "drug", whether it be active medication or placebo.

People with a rare mutation causing Alzheimer's are sought after for research as they are guaranteed of developing the condition at an age similar to their parents. It is believed that a breakthrough in medication preventing the symptoms of Alzheimer's in early onset will very quickly lead to drugs that will halt all Alzheimer's and other degenerative diseases, therefore has potential to save millions of lives worldwide. It is predicted that by 2050 Alzheimer's will be the leading cause of death in the world, affecting 1 in 3 people if not stopped.

Jenny has always strongly believed that she was put on this world to help people. Since she was four years old, she wanted to be a nurse and make a difference to people's lives. She has many years of nursing experience under her belt, but unfortunately was forced to retire from what she loved at the age of 52, due to the Alzheimer's disease.

If you would like to help Jenny, her family and international research please contribute to aid in Jenny's continuation of the clinical trial and her efforts to put a halt to this terrible disease.

Being family members of Jenny, we see first hand the effect Early Onset Familial Alzheimer's Disease has on Jenny, her husband and the rest of the family. Raising funds will help the continuation of research in order to find a cure to benefit everyone affected by this disease.

Funds raised will go towards the families cost of traveling to Australia every four weeks, for Jenny's participation in research and drug trials, to therefore help find a drug to treat and prevent Alzheimer's disease worldwide.

Paying to a verified bank account of Bryan Nichols
Page Moderated The page has been checked by our team to make sure it complies with our terms and conditions.

Given by 61 generous donors in 2 years