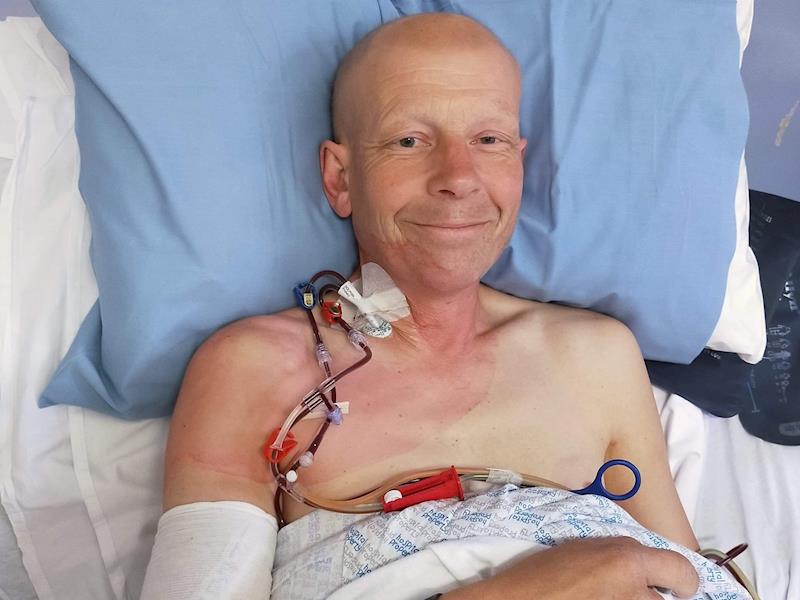 $7,090 donated
Given by 90 generous donors in around 8 months
Share Donate

To enable Tane to fulfill a lifetime of dreams and goals with his family in the short period of time he has been given.

Many of you may remember late last year we started a Give a Little page (https://givealittle.co.nz/cause/support-tane-lopers-cancer-battle) for Tane after he was diagnosed with a rare type of Lymphoma cancer.

Most of you will be aware that Tane has undergone chemotherapy and a Stem Cell Transplant using his own stem cells earlier this year during lockdown. Tane and Rachel were told that he was in early remission on leaving Christchurch Hospital.

However soon after settling back home Tane’s health started taking a slow turn for the worst. Over the last six weeks, his team of specialists have had Tane undergo a range of scans and biopsies. Unfortunately, Tane and his family have been given the heartbreaking news that the cancer is not only back, but that this time it is terminal.

Tane and Rachel discussed his options with his consultant– They were not shocked when they were told there was not a lot of option, as they had received warning a few weeks …earlier that if the cancer returned they did not think they would save him from it.

Tane’s Consultant explained that Tane had near exceeded the limit of chemotherapy any one person can safely have in a lifetime which left his options extremely limited and because this Cancer is aggressive time was also a crucial factor. His consultant was not talking so much about treatment options but rather encouraging Tane to think about his quality of life. Rachel had to ask the exceedingly difficult question of how much time Tane had. You can imagine the shock when they were informed Tane only had 3 to 4 months of life expectancy! So, the options were……

- Have no treatment and spend what little time is left of his life, comfortable at home with his family.

- Or allow his consultant some time to try and find a treatment in NZ that he has not already had, knowing that if there was one, that he would only have a 10 to 15% chance of success and would probably spend most of his time in and out of hospital.

The answer was simple for Tane – TREATMENT! He advised her he is not giving up without a fight!

After consulting with other experts and specialists throughout New Zealand Tane’s medical team produced a treatment plan that has been trialled with some success on another patient with a similar diagnosis to Tane’s. It was explained that even though the chance of success is slim, the medical team felt it was still worth trying this type of chemo in the hopes of getting Tane through to the Donor Stem Cell transplant stage within three months.

With no time to waste Tane has undergone his first chemo and his brothers are all currently being donor tested.

Even though Tane has decided to fight he would like to be able to spend as much quality time with his family as possible. He hopes to be well enough to go on a holiday with his wife and kids as well as ticking off some lifelong dreams that will no doubt involve speed, great heights, danger and give Rachel many grey hairs!

Rachel and Tane have been good friend's of mine for well over 10 years. We spend a lot of social time together and they are more like family to us. They are caring, generous, community minded people, and this is my chance to get them the help they need.

He hopes to go on a holiday with his wife and kids as well as ticking off some lifelong dreams. Tane would like any surplus monies to be donated to Blood Cancer Foundation and the Dunedin Community Hospice.

It's been an adventure!

I'm coming into the roughest part of the journey now, so wish me luck peeps. I have my transplant on the 6th of November..........lots of risks and health problems that may arise.

I also need to have a nasal gastric tube put in, not to happy about that but if it's going to save my life, it's worth it!

My haematologist has an awesome sense of humour, he said he's "going to try not to kill me" :)

The reality is though that, that is a possibility with this next part of the process.

Thank you to all those who have supported Tane, Rachel and their family and kept them in their prayers during this incredibly difficult time.

Created by, and paying to a verified bank account of, Emma Philp on behalf of Tane and Rachel Loper
Page Moderated The page has been checked by our team to make sure it complies with our terms and conditions.

Want to get in touch with Emma Philp?