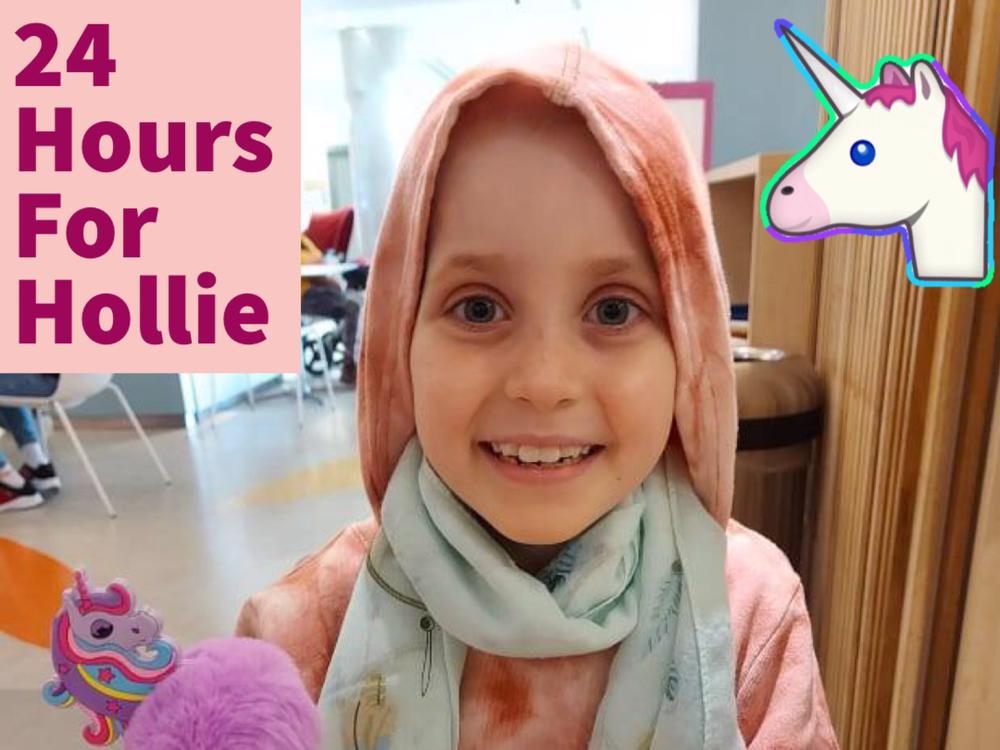 Many of you are familiar with Hollie’s story, having generously supported our fundraising initiative ‘Hundreds For Hollie’ in November 2020. At the time we were supporting the collective fundraising effort for Hollie to receive critical treatment for her relapsed neuroblastoma, on a trial in Barcelona. Happily, the colossal target was reached and Hollie and her Mum, Jo, made it to Barcelona in January 2021. She received the first treatment without complications and all seemed to be going well.

However, following some suspicious symptoms, Hollie was scanned and, sadly, the family’s worst fears were realised.

The cancer had reappeared in her bone marrow.

Hollie had to stop the trial immediately, and the medical team hastily set about planning a new treatment plan.

Hollie’s unwavering commitment to keep fighting meant she began chemo again straight away to try to stabilise the disease. Thankfully, this was the case, and Hollie can now receive the latest immunotherapy treatment for bone marrow relapses in neuroblastoma, which is available to her in Spain.

There is no funding available for this treatment, and there are significant costs attached to it.

The family have been advised that each cycle of immunotherapy treatment that Hollie needs will cost 28,200 Euros (47,500 NZD). She will need a minimum of 5 cycles.

We are back and this time we are collectively doing activities for 24 hours, non stop, dressed as crazy unicorns! From a 2am half marathon, to a sprint triathlon, to sea swims and more. We have people in different countries and locations all coming together to ensure that, over the course of 24 hours, someone will be doing something for Hollie.

Last time we proved that if we all do a little together, we can achieve great things.

Donations can be made through this page, which links directly to the Hope for Hollie fundraising site. As such, donations will appear in NZ dollars. To assist with this, here is a rough equivalent to sterling, based on the exchange rate as of June 2021:

Please help us get Hollie the treatment she so desperately needs and deserves.

Thank you SO much for your support.

The 24 Hours For Hollie Team (aka Team Unicorn) xx