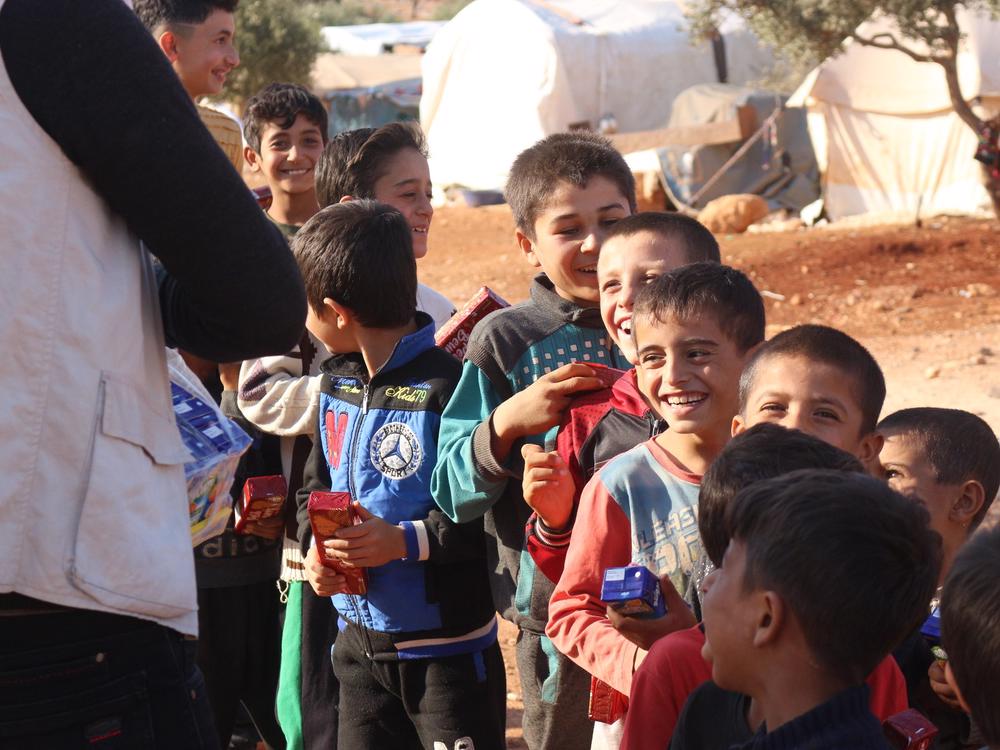 By distributing sports equipment and play items, ReliefAid is building children’s resilience for a better future.

ReliefAid is a Kiwi humanitarian organisation dedicated to providing life saving and life changing supplies to children in refugee camps in northern Syria.

We are driven to improve children’s wellbeing and boost their resilience through game-playing and sports activities, which build resilience and provide crucial opportunities for social, physical and emotional development.

We have the expertise and experience needed to provide humanitarian assistance, having been doing so in Syria since 2015.

Thanks to generous Kiwi donors, ReliefAid is saving lives and supporting families caught up in armed conflict and natural disasters. 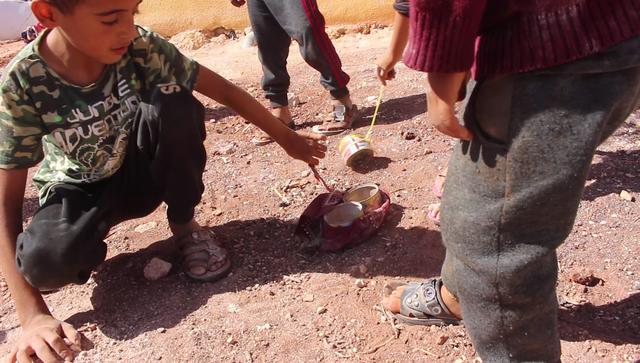 On October 18th, our Syrian based team, including Education Workers, Fatima and Rafed, arrived at the camp to distribute toys to children- as they went from tent to tent, they gave the family a bag from ReliefAid. Children had told us earlier that the toys they played with were old sardine cans that they pretended were cars and modelled homes and villages out of mud. Now they were being given balls, hula hoops, skipping ropes and whiteboards - and the reaction from the children was one of disbelief.

The distribution of toys was only the beginning of this project. A week later Fatima and Rafed arrived to spend time playing games and teaching the children how to use the toys in new and interesting ways. Time was spent building relationships with the children and their parents and each visit had a focus on a particular set of activities. By providing challenges children were given the opportunity to practice both physical skills and resilience building ideas. Many benefits of the visits were becoming quite obvious. “Every visit I see a big improvement in the behaviour of the children, they play with each other, .and they cooperate with each other. Some of them were shy during previous visits, but today we found them playing and having fun.”

Twice a week for the following 7 weeks, Fatima and Rafed would be greeted enthusiastically by girls and boys keen to play. As weeks went by more and more children joined in the games. A young girl, scarred by fire from a kerosene stove found the courage to come out of her tent and finally make some friends. A young boy, with a broken leg, would be carried by his mother to each play day so he could join in with the others. Children called out to those they had never met and invited them to play.

As the weeks went on, natural leaders were identified amongst the children. Our plan was that once the project was over the activities would be carried on by these children who would use their leadership skills. We knew that winter was setting in and soon the children would be spending far more time in their tents to avoid the snow and mud. After a final session, where biscuits and juice was given to each of the children, we also replaced the worn-out whiteboards to make sure they could play the fun games we had taught them during the long winter hours.

So now after the completion of a project with a model we consider having been successful for all sorts of reasons, we are reviewing and planning for 2022. We will be looking to raise funds to provide this opportunity for even more children living in displaced persons camps in Syria. This project has given these children an opportunity to look forward in hope, with increased resilience to make the most of the future they deserve.

Last word goes to Rafed who was told by the parents “…We will continue to play with our children, you gave us ideas we did not know, and the children learned to organize and arrange, now they learned group play and the situation became better.”

A huge thank you to all the donors who make this project possible. Remember to check out the photos on the gallery and share in the happiness you have brought.

Some of my favourite quotes from the children:

“I did not have a board to learn reading. We got a board and games. My father taught me the letters and I became reading.”

“When I was facing difficulties that I could not solve, now I have learned and I can solve them. Before I could not.”

Thanks so much for your generosity. Your donation will allow us to reach even more children and put smiles on many more faces.

Hi Frank, you have made my day!!! Your donation is so welcome and will ensure we can keep doing this very worthwhile work. The children are so deserving of our help. Thank you. Let me know if I can help with more information. Bernadette Stockman Education Manager bernadette.stockman@reliefaid.org.nz

So nice to receeve your donation. I hope the photos put a smile on your face. This work truly warms my heart and I hope it does the same for you.

Many thanks for your donation - your help will ensure we can continue to deleiver this programme to these children in such need.

Paying to ReliefAid
Tax credit
Donations of over $5 are eligible for a New Zealand charitable giving tax credit.
Page Moderated
The page has been checked by our team to make sure it complies with our terms and conditions.