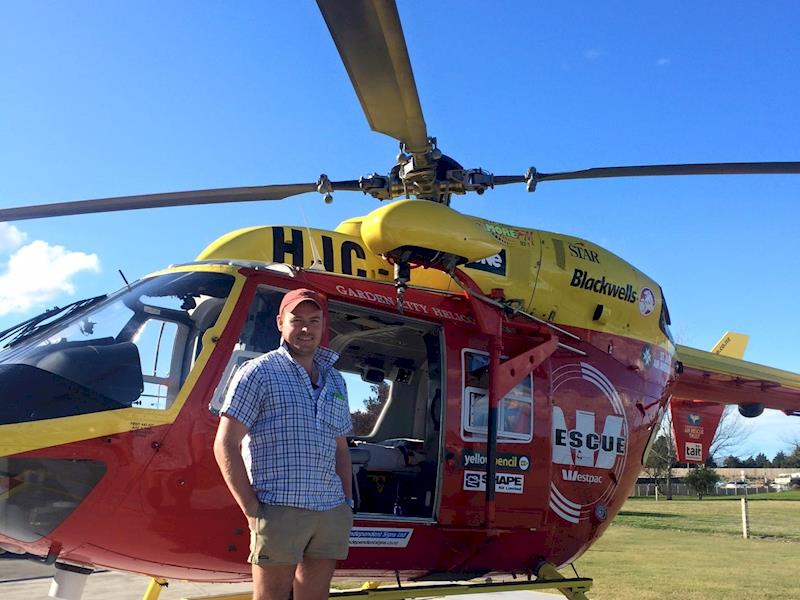 It's A Long Walk

8 determined people walked the 76km from Akaroa to Christchurch for the Canterbury Wespac Air Rescue Helicopter.

To celebrate the one year anniversary of Dean's accident, and the mountains he has had to climb for his recovery, his wife Sara, parents Alison and Ian Syme, friends, Hannah Blair, Ben Groters, Owen Mugridge, Colin Spary and Harley James walked the 76km from Akaroa to Christchurch! It took a little over 16 hours! Over 100 more walked parts of route, drove support vehicles and provide refreshments!

Notable achievement by the 12 year old Aisha who walked 49km of the route to honour her very proud parents who have both been airlifted to hospital by the Westpac Helicopter!

On 24th January 2015, Dean was scuba diving out at the Akaroa heads when he encountered difficulty. By Gods grace Dean was air lifted by Christchurch hospital where he spent a week in a coma on a breathing ventilator. He had extensive brain damage caused by cerebral gas embolisms which travelled by an unknown PFO hole in his heart. Despite the odds and doctors advice, by Gods grace once again, Dean came out of the coma with mobility issues but no cognitive impairments.

Through the past 12 months of rehabilitation and physio therapy and having to learn to walk all over again, Dean's had a positive attitude and determination, you wouldn't know anything had happened if you met him for the first time. His recovery is still not complete but he is determined to get back to 100%.

The family thank God everyday, for allowing Dean to live when medical professionals expected him not to and so I can share our story.

Also thank God for Dean's positivity which has not only helped himself and his family through this traumatic event, but spurred others he has met in similar situations.

The walk celebrated Dean's hard work and to thank and honour all of those people and organisations above and to especially acknowledge the privately funded charity of the Westpac helicopters; without that service, it's a really long walk to the hospital!

Paying to Canterbury West Coast Air Rescue Trust
Tax credit Donations of over $5 are eligible for a New Zealand charitable giving tax credit.
Page Moderated The page has been checked by our team to make sure it complies with our terms and conditions.