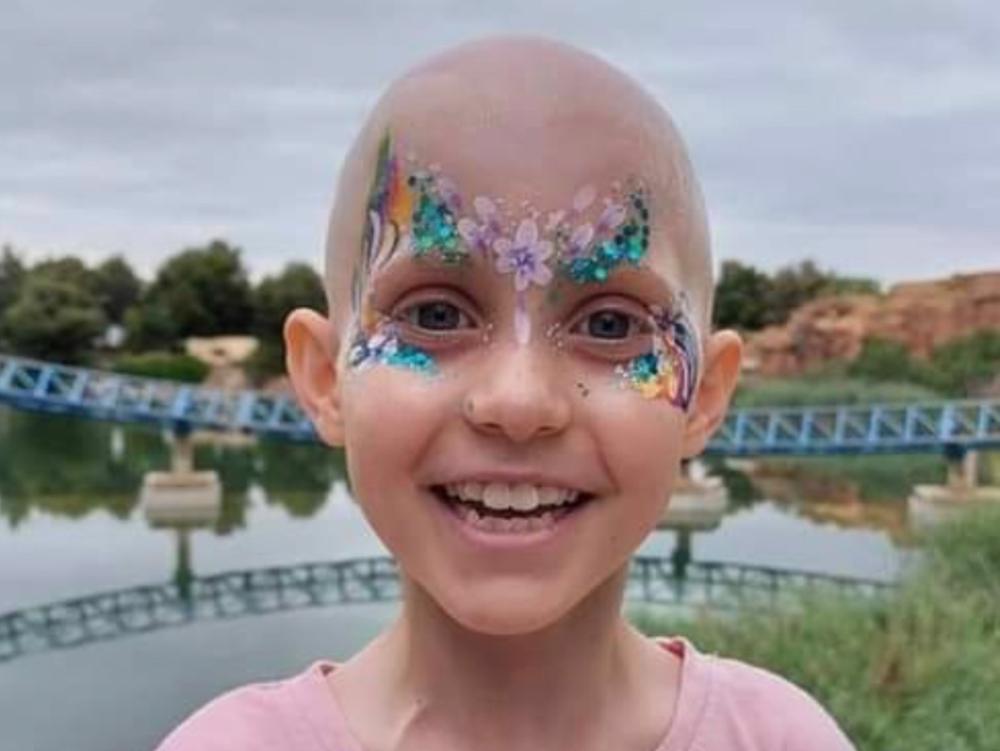 Kelly & Jules along with Marea & Matt are going Dry for the month of July to raise money for superstar 8-year-old Hollie Beattie from Auckland. She is currently battling Neuroblastoma, a rare form of childhood cancer.

Since her initial diagnosis in 2018 Hollie and her family have been on a harrowing rollercoaster journey with Hollie having to deal with rounds of chemo, radiation, surgery, two stem cell transplants and painful immunotherapy treatment. There have been good days where news of all clear tests are cause for celebration but also days when the family’s worse imaginings have been realised and the cancer is either still present or has returned.

They have essentially run out of effective treatment options available in New Zealand and raised enough funds last year to get Hollie to Spain to participate in a trial which stared in February of this year.  In the early stages of the trial the family were dealt another devastating blow when they discovered that the cancer had reappeared in Hollies bone marrow. They had to pull out of the trial immediately and commence chemotherapy to stabilise Hollie and come up with a new comprehensive treatment plan.

Thankfully Hollie is in Spain where the latest treatments are available in the form of immunotherapy for relapsed Neuroblastoma in bone marrow.

This treatment is expensive and totally unfunded which means the family have to pay for the whole lot themselves. Each round costs $50,000 and Hollie potentially needs seven rounds. They have $300,000 to go to reach their new target. This amazing immunotherapy treatment is absolutely vital and could well and truly give superstar Hollie the all clear, forever!

Please support our Dry July for Hollie Beattie by making a donation below.

This page is linked to the offical “Hope for Hollie” fundraising page so all donations go directly to them.

For more information and updates on the Hope for Hollie fundraising effort please see:

Thank you so much for supporting us going dry for July for beautiful little Hollie Beattie!

We raised an absolutely mind blowing $16,000 for Hollie and her family.

Thank you so much for your incredible generosity.

Created by Davis’s and Carney’s