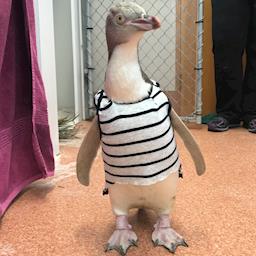 The only dedicated specialist Wildlife Hospital in New Zealand's south island, helping to save some of the world's most endangered species. 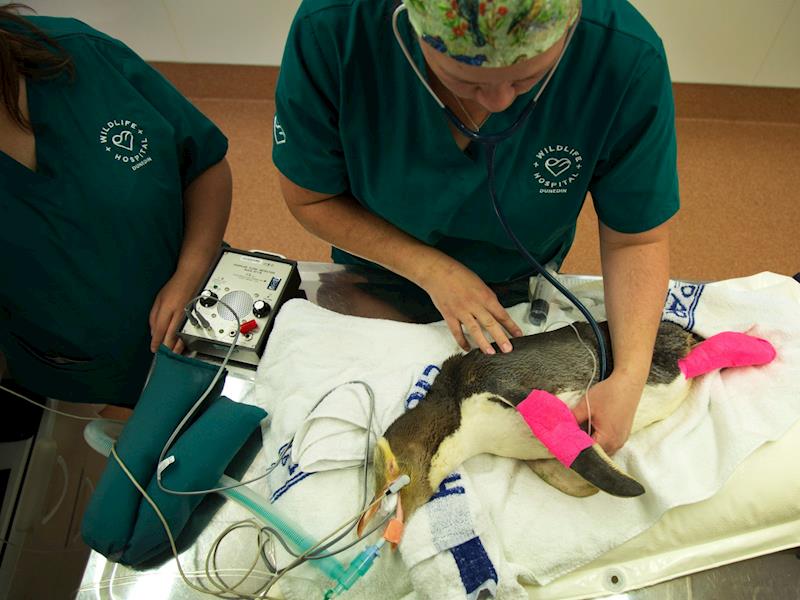 “New Zealand is home to 168 species of native birds, and many of these are found in no other country – they are endemic to New Zealand. Four out of every five are in trouble – and some sit on the brink of extinction.”

(Parliamentary Commissioner for the Environment, May 2017)

The government has set a goal for New Zealand to become predator-free by 2050. While there are many initiatives underway to create and increase safe wildlife habitats, right now we must urgently preserve the wildlife we can. This ensures that as habitats are slowly recovered, there are still native animals to inhabit them.

The hospital will be able to handle some 500 sick or injured animals each year, providing expert medical or surgical treatment, and then helping to return them to the wild once recovered.

Where have we come from?

New Zealand’s three wildlife treatment facilities are in the North Island. Only endangered species are currently transported to them from the South Island. This causes significantly higher mortality from trauma and infection due to the delay in treatment.

In 2015, Dr Lisa Argilla highlighted the need to create a South Island Wildlife Hospital, and began a project seeking to address this deficiency. Two temporary hospitals focused on Yellow-eyed Penguins were run in early 2016 and 2017, with exceptional success rates, and since then planning for a permanent hospital to treat all native species has been moving forward.

The two temporary hospitals were housed by Otago Polytechnic, which has now confirmed its support for the hospital to be permanently located on its premises, and is working in partnership with The Wildlife Hospital Trust to realise Dr Argilla’s vision.

Where are we now?

The planning has been done, and we are now working to establish the Wildlife Hospital as quickly as possible.

* Treatment of all sick or injured native species to improve the overall survival rate, especially when volumes increase as predators decrease.

* Offering specialist wildlife nursing courses, to grow the number of veterinary nurses around the country who have real expertise in treating native species.

* Internships or scholarships to help create the wildlife vets of the future.

* Training for groups looking to recover sick or injured animals in the field.

* Engaging and educating the local, national and international community about our wonderful native species.

In Dr Argilla, we already have one of the world’s best-known avian and wildlife veterinarians to head the new facility, which will initially be housed in the current School of Veterinary Nursing buildings.

Where do we want to get to?

Our vision is to create a world-class facility on the Otago Polytechnic campus, directly linked to the School of Veterinary Nursing, which with its unique opportunities will become a focal point for students from around the globe.

Over time, a move to new, custom-designed premises will mark a huge improvement in the way the Wildlife Hospital can function, with a new preparation room, operating theatre, recovery wards, storage facilities and teaching space.

Securing the future for the Wildlife Hospital means that so many native species currently under threat, or even on the verge of extinction, can be helped to survive, and our children can cherish them in the future.

What happens if we don’t get there?

The consequences of not managing to establish the Wildlfe Hospital could, within our lifetime, be catastrophic for many South Island native species. Without facilities like this, animals such as sealions, penguins and others may cease to be seen in New Zealand.

The loss of native species will seriously affect many aspects of the economy, for example from heavily reduced ecotourism appeal, loss of a key point of difference for academic teaching, and reduced research capability.

For the city of Dunedin, its claim to be ‘The Wildlife Capital of New Zealand’ will be lost.

We aim to raise enough money to realise our vision, and make sure the Wildlife Hospital has a sound, sustainable future, contributing to conservation, education, research and the economy for the long-term.

Not only will we be able to create and staff the new hospital, with enough funding we will also be able to contribute to the growth of wider animal recovery and rehabilitation capability around the South Island.

We are up for this challenge.

The Wildlife Hospital – Dunedin is the only dedicated specialist facility of its kind in the south island of New Zealand treating some of the world’s most unique and threatened species including kakapo, kea, takahe, kiwi birds, sea lions and many species of penguin. Our vision is: “Thriving native wildlife in Aotearoa.” Our services include receiving sick and injured animals, diagnosis and triage, treatment, hospitalisation and recovery, and working to ensure successful rehabilitation and release back to the native environment.

All funds will go towards the operation of the Wildlife Hospital to provide veterinary care and treatment for native NZ species.

Created by, and paying to a verified bank account of, The Wildlife Hospital - Dunedin (Charity)
Registered Charity A Registered Charity has legal recognition under the Charities Act 2005.
Tax credit Donations of over $5 are eligible for a New Zealand charitable giving tax credit.
Page Moderated The page has been checked by our team to make sure it complies with our terms and conditions.