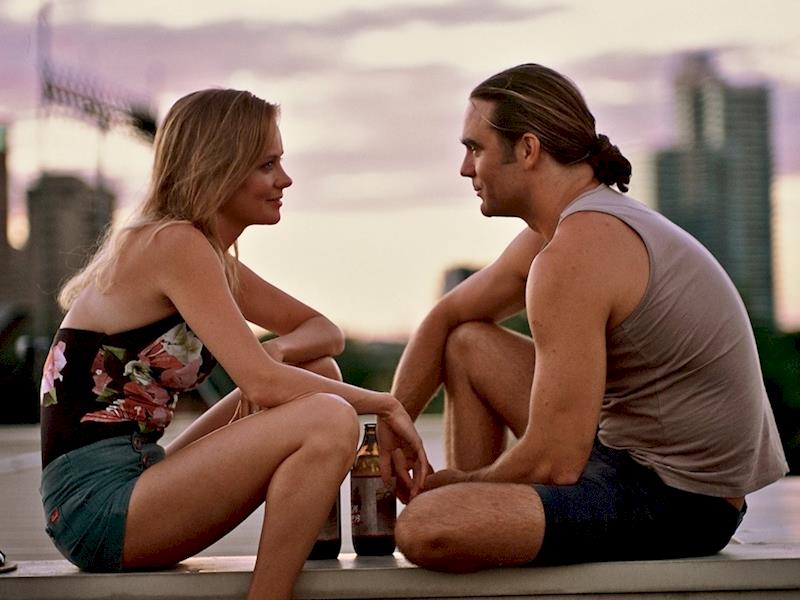 Disrupting piracy with a new method of film distribution

SUNDAY is an independent feature film set in Christchurch, New Zealand one year after the devastating earthquakes.

Thank-you to all the generous people who helped us reach our target of $25,000. We have decided to set a stretch goal of $28,000. If we meet this goal, we have some exciting surprises for you.

Those who DONATE $25 OR MORE will receive your original reward (see below) PLUS you will also be invited to an EXCLUSIVE supporter-only online Q&A with the filmmakers - Michelle, Dustin, Camille and Ryan, where you can ask your questions about the film.

This bonus reward is open to anyone who has pledged $25 or more, but we must reach the new target of $28,000 to release this additional bonus.

The additional funds will allow us to hire an online marketing specialist to help us to spread the word about SUNDAY to people all around the world, letting them know how they can watch the film.

SUNDAY is an independent feature film set in Christchurch, New Zealand one year after the devastating earthquakes. It is a story about a couple who are having a baby, but are no longer together. After years of history and months of separation Charlie (Dustin Clare) and Eve (Camille Keenan) have 24 hours to find out whether they have a future together.

Pledge $25 or more - Be the first in the world to see this film! Get access to an advanced VOD screening 1 week before the release, to say thank-you, with the knowledge that you’re changing the way film is distributed.

Pledge $70 or more – Advanced VOD screening PLUS a copy of the DVD with a personal thank-you on the DVD cover, signed by the director and main cast of the film.

Pledge $100 or more - Get VIP tickets to the Premiere in either Christchurch, Auckland or Wellington on the day the film is released.

Pledge $2000 or more - Become a Premiere Gold Sponsor. Your name or Company logo will be promoted at the event, on the website and on all press release material. We will be in touch to discuss how this event could work for you to.

All supporters - Come on this journey with us. We want to show you that this model of distribution is sustainable. We’ll let you know how we did it, and how much money the film ultimately makes through the different distribution models. Note that 10% of the film’s final profits will go back into local charities helping rebuild Christchurch City.

WHY THIS IS DIFFERENT TO YOUR AVERAGE FILM RELEASE

Everyone likes to complain about piracy, but instead of joining in, we want to do something about it - and we need your help to do it.

We are committed to letting you watch this film when you want, where you want, on whatever platform you want.

In December our plan is to release the film across Cinemas, Television, the Internet (VOD), DVD, Airlines and more at the same time, creating a Multiplatform Release of the film. You can even request a cinema screening in your country. This will enable everyone in the world to have the choice as to when, where and how they want to watch the film. No restrictions.

There will be cinema screenings in Christchurch, Wellington and Auckland on the day of release, with a live Q&A where viewers around the world will be able to tweet in their questions. The filmmakers will also participate in Q&A’s across the country to add value to regional cinema screenings.

A Multiplatform Release across these five key platforms simultaneously (Cinema, TV, Airline, Online, DVD) is a world first, access is usually restricted to cinema before it’s released onto the other platforms, slowly.

However, we want to hand the power back to you our audience, to push the boundaries of a system we feel is broken, we want to show what is possible with an independent film release

MORE ABOUT THE FILM

SUNDAY is a relationship drama, a classic tale of two people whose lives intertwine with the city they inhabit.

We believe we have captured an important piece of time in New Zealand history, documenting Christchurch one year after the Feb 22nd earthquakes. The camera never goes anywhere the people of Christchurch cannot go, we see the city from the eyes of someone living or visiting the city. As our characters Eve and Charlie would see it.

It is a story like the city, one of past devastation and a chance at rebuilding.

WHAT THE FUNDS WILL BE USED FOR

The independent self-financed film is now complete, and we are seeking funding to support our world first distribution strategy.

This will include censorship certification, marketing material, publicity costs, and distribution costs (like DVD printing and online encoding).

We will create a working case study that will be free and available on our website, including details of the distribution plan and figures. By doing so we want to help other independent filmmakers learn from our experience, and find an audience.

We need your help to make this all happen, so please donate to our crowdfunding campaign, to ensure our Multiplatform Release is a success.

Director, Producer and Distributor of SUNDAY.

I wanted to update you all on what we have managed to achieve with our Multiplatform Release this far.

We now have a trailer thanks to The Trace House – www.vimeo.com/ondemand/sundaythefilm

For the release on the 7th of December we have secured 21 screens across NZ, two airlines (Jetstar and Air NZ), Rialto Channel are our TV partner, and the head of Apple Australisia recently contacted us excited about our release strategy, wanting to help us with marketing and selling the film on iTunes in Aus and NZ...and potentially beyond. For Apple to contact us is quite exciting, and a good sign we think. We are also in discussion with retailers for our DVD who are interested in our plan, but until that point the DVD can be purchased on our website.

We believe there is a real business model behind this type of release for indie filmmakers, and we will be sure to share our learnings.

Flicks did a great piece on the film and the release today – http://www.flicks.co.nz/blog/amazing-interviews/romance-christchurch-piracy-and-a-movie-called-sunday/

And we have a few exciting interviews lined up in the coming weeks before our release on the 7th, along with some other exciting partner announcements.

Tickets for our premiere in Auckland, along with preview screenings in Wellington and Christchurch are now available from our website – www.sundaythefilm.com

As part of our commitment to helping the city of Christchurch recover, $1 from every ticket sold at the Auckland, Wellington and Christchurch Premiere Events will go to the Christchurch branch of the White Ribbon Trust. On that note, check out our photos on social media today supporting White Ribbon Day - https://www.facebook.com/sundayafilm and https://twitter.com/SundayFilmNZ

Also we have decided to donate 10% of the film’s overall profit to Gap Filler as a way of showing our ongoing support.

You should have received an email detailing your reward, if you have any questions you can contact us anytime through the website www.sundaythefilm.com

Finally please do not forget – you helped make all this happen

Created by, and paying to a verified bank account of, Michelle Joy Lloyd
Page Moderated The page has been checked by our team to make sure it complies with our terms and conditions.

Want to get in touch with Michelle Joy Lloyd?