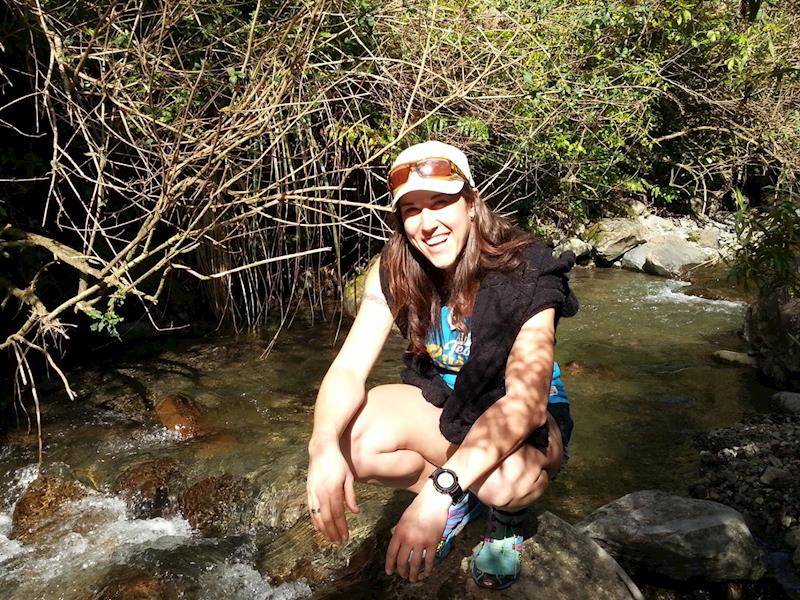 Jeena is, in every sense of the word, my inspiration. She’s an adventurer, a keen fisherman, an explorer, a musician, a handy jane of all trades, and a master DIY renovator of old and broken homes. She climbs mountains, kayaks the oceans, fixes cars and engines and lives life for the challenge. I’ve never found a job too big or small that she can’t tackle.

That was until last year, when one morning, her life changed forever. Jeena woke up and was faced with the biggest challenge life can throw at you.

My young, fit, healthy and out-going sister, suffered a stroke at the age of 32 and was diagnosed with Multiple Sclerosis. An autoimmune disease that caused her body to start attacking itself, slowly destroying her body from the inside out.

To see my seemly invincible big sister, and the strongest woman in my life suddenly struggle to walk, lose vision, and suffer debilitating partial paralysis confirmed to me, that although Multiple Sclerosis may not be a household name like cancer, it is as equally terrifying.

But I know Jeena, and she is a fighter. She has learned how to walk again, trained her hands to continue playing her guitar, and lives every day to be positive. But every day is becoming more and more challenging. Every relapse is another devastating attack and is doing permanent damage to her body.

Multiple Sclerosis is an incurable affliction.

But while it can’t be cured, the deteriorating effects can be stopped. Using a medical procedure known as HSCT (Hematopoietic Stem Cell Transplantation), an intense chemotherapy treatment, Jeena has a chance at snatching back her independence and control over her life.

The treatment isn’t funded in New Zealand and will cost $120,000 for her to travel overseas and receive care. While I know that we won’t be able to raise it all for her, every single dollar is one we don’t have to worry about.

So please, help me give my sister a fighting chance, because with your help I know she can beat MS.

Whether it’s through a dollar donation, or sharing her story, every bit counts.

Jeena is my partner, but the description above is provided by her younger brother Jonathan.

Funds will cover the cost for the HSCT treatment, including accommodation, and flights.

Unfortunately the Covid-19 pandemic has reduced the value of the NZ dollar so the cost of treatment has increased by about $15,000 at this point, and due to flight restrictions we have had to postpone the treatment date a further 6 months. Thankfully this give us more time to raise the extra money we need. We've decided to change our goal to 'open' because we know we won't be able to raise all the money we need, but every dollar is one we don't need to worry about so we thought we'd just leave it open. Thanks to everyone who has donated already, we are so grateful for every single donation!

Paying to a verified bank account of Jeena Jansen
Page Moderated The page has been checked by our team to make sure it complies with our terms and conditions.