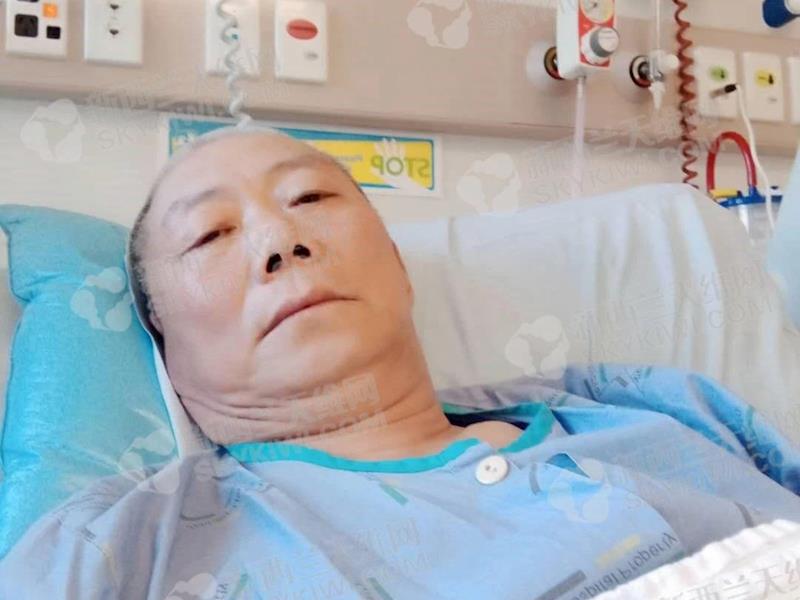 Help Ren Wang to get home to his family

COVID-19 is hard, and it is even harder for Ren Wang, 52, an undocumented Chinese worker who was diagnosed with advanced stage lung cancer.

COVID-19 lockdown is hard for many people. It is even harder for Ren Wang, 52, an undocumented Chinese worker who was diagnosed with advanced stage lung cancer

He was told that once entering New Zealand, he would make his fortune by the many construction works that are desperate to recruit workers like him.

With just a jacket, Wang boarded a flight on August 13, 2018 and arrived in Auckland.

He soon realized that things were not as beautifully described as by the illicit agent. He was on his own.

Not being able to read or speaking any English, Wang had to find himself work opportunities on the many localized Chinese WeChat groups. “I had at least to earn my agent fee back”, he said.

He took whatever work he was offered. Sometimes the Immigration NZ officer would suddenly turn up and he had to hide himself. Soon he would have to leave the site and find a new job.

Starting as a labourer paid at $15 per hour, Wang saw his hourly rate gradually increased to around $18 before he found something wrong with his body.

Early in February, Wang found himself difficult to breath when working. “I had to rest for a while even after some minor work”, said Wang.

Wang chose to ignore the symptom as he knew the medical fee is expensive for an undocumented worker. He had to save his money for his family back in China.

Then came the COVID-19 lockdown. He had no income. He did not seek medical advice fearing he could be found by the INZ, or could be asked to pay a lot of money for his treatment.

When construction works were allowed to resume under Alert Level 3, Wang knew he was very ill.

He began to cough blood out. In two months, his condition changed from bad to worse.

Last week, a friend took him to the Waitakere Hospital in West Auckland. He was hospitalized immediately. Doctors requested further tests from North Shore Hospital.

This Monday, Wang received a phone call by Dr. George Zhang from the Waitakere DHB that he was diagnosed with advanced stage lung cancer and needed prompt treatment.

“Medically he needs prompt treatment for this in the form of chemotherapy and/or radio therapy and follow up by oncology specialist,” said Dr. Zhang.

“Unfortunately, Mr. Wang is a non-resident and is not eligible for funded treatment in New Zealand,” said Dr. Zhang, who discussed with Wang his situation and wanted to help.

“The current plan is for Mr. Wang to travel back to China to have treatment there before his condition deteriorates.”

But Wang had no money at all. He has even used up his life saving during this half year as he has no stable income even before the lockdown. Few company dare to hire him as an over-stayer and a cougher.

He was just able to pay last week’s rent for his accommodation in New Lynn and had to go by his bond for further staying in the room. Let alone the cost of several thousand-dollar for an air ticket.

Asked if families back in China could send some money to him. Wang, speaking slowly in the phone, gasping, “My family still owes about $45,000 in debts. We have literally borrowed from everyone we know.”

Friends in New Zealand even thought about going to Immigration NZ to lodge a complaint about his visa status so that Wang could be deported to China.

“(With official deportation), at least he would be able to go back,” said one friend who call herself Joy.

Wang hopes someone could help him so he could go back to China and be with family as soon as possible.

“If I am going to die, I wish I could be with family in my hometown,” said Wang.

Partner with SKIP, it's not OK campaign to provide information and resources for the communities that are relevant to the parents regarding to family harm prevention.

The fund will be used to help Wang to purchase the ticket so he could go back to China and be with family as soon as possible, any extras will be used for his treatment once he got home.

min on 16 Aug 2020
It's really sad thing, you actually working hard to back your family in China, and things happen not we expect...Hope this can help
Private

Created by, and paying to a verified bank account of, Wellbeing Charitable Trust (Charity)
Registered Charity A Registered Charity has legal recognition under the Charities Act 2005.
Page Moderated The page has been checked by our team to make sure it complies with our terms and conditions.